Twitter suspended All India Students' Association's (AISA) Jamia Milia Islamia Unit's account (@aisa_jamia). While Twitter has not given a reason for the suspension yet, the students said that they had organised a Twitter campaign asking for vaccinations with the hashtag #WhereAreVaccines. The last post was uploaded on the night of May 31 and the account was suspended the next morning.

Sahil Kazmi, a third-year student of BBA at Jamia said that they were supposed to organise a Twitter campaign today on the cancellation of exams amid the pandemic. "Yesterday there was an online campaign with the hashtag, #WhereAreVaccines. Those were the last posts uploaded last night. And the account was suspended early morning without giving us any notice or reason for this action," said Sahil. "Today at 6 pm, there was a Twitter trend campaign given by the AISA Jamia Millia Islamia for cancellation of online exams during such times of tensions and distress due to the second wave," he added.

READ ALSO: Why is JNU not setting up COVID Care Centres on campus even after recommendations from Magistrate's office, MLA? 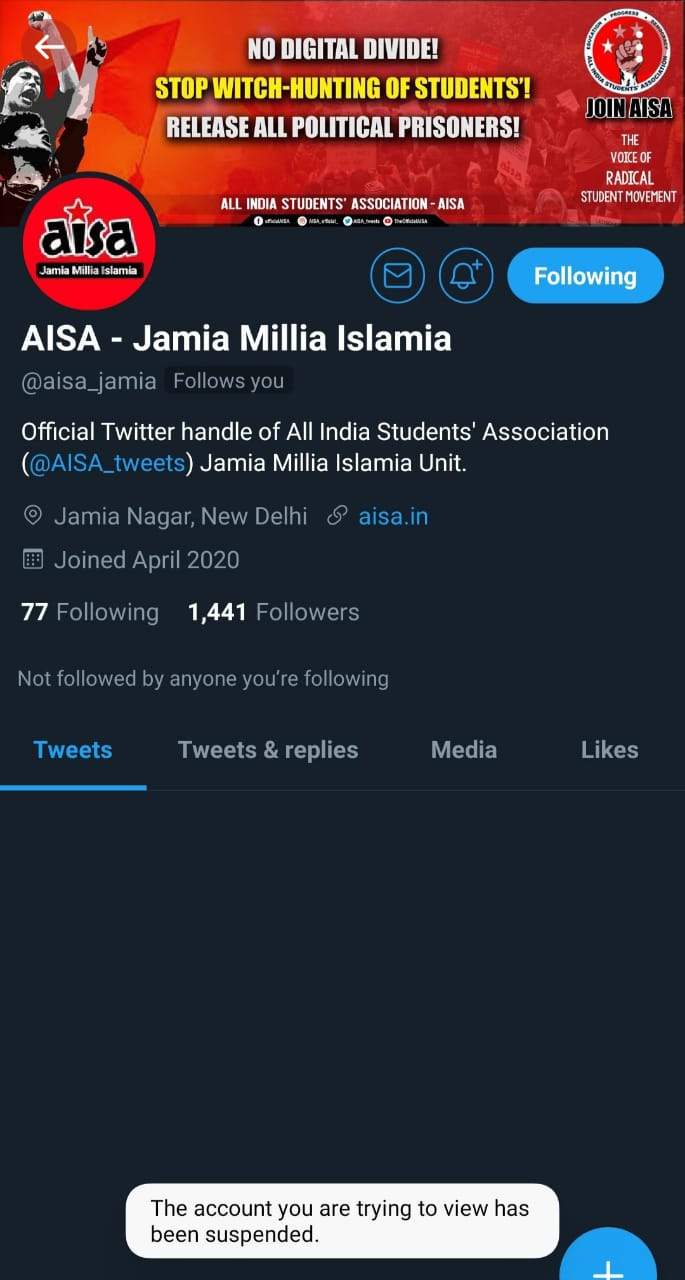 The students also said that the Jamia administration might be behind this suspension. "Was Twitter pressurised by the Jamia administration to suspend our account to derail the Twitter Storm?" asked the students. "We have studied the past and present actions of the Jamia Administration. They have, on several occasions, tried to derail student movement inside the campus and a move like this comes as no surprise. Twitter's curtailment of free speech at the behest of the Jamia Administration is condemnable. We urge Twitter to take cognisance of this and restore the account immediately," they added. But Jamia's involvement in the entire episode has not been proven and seems unlikely as well, said sources.