TNIE Let's Debate: And the winners of the Senior Debates are...

After nine preliminary debates, here are the winners of the debates and the list of people who will go to the finale. Are you ready? Well then, read on

The results are here. Let's Debate, by The New Indian Express and Edex Live, saw nine hard-fought debates in the senior category, wherein, various students from Class VIII - X debated their hearts out. These are the winners!

While the winners were chosen largely on the basis of the marks of the judges, virtual voting took place as well and a score based on the votes polled, albeit a small percentage, was also included in the cumulative total. So without further ado, those who have made it past the first finish line are as follows:

India's youth are disconnected from our history, politics and culture because it isn't made attractive enough Learning in one's mother tongue instead of English-medium till grade 5 will preserve our languages, culture India's education system does not foster innovation and is outdated 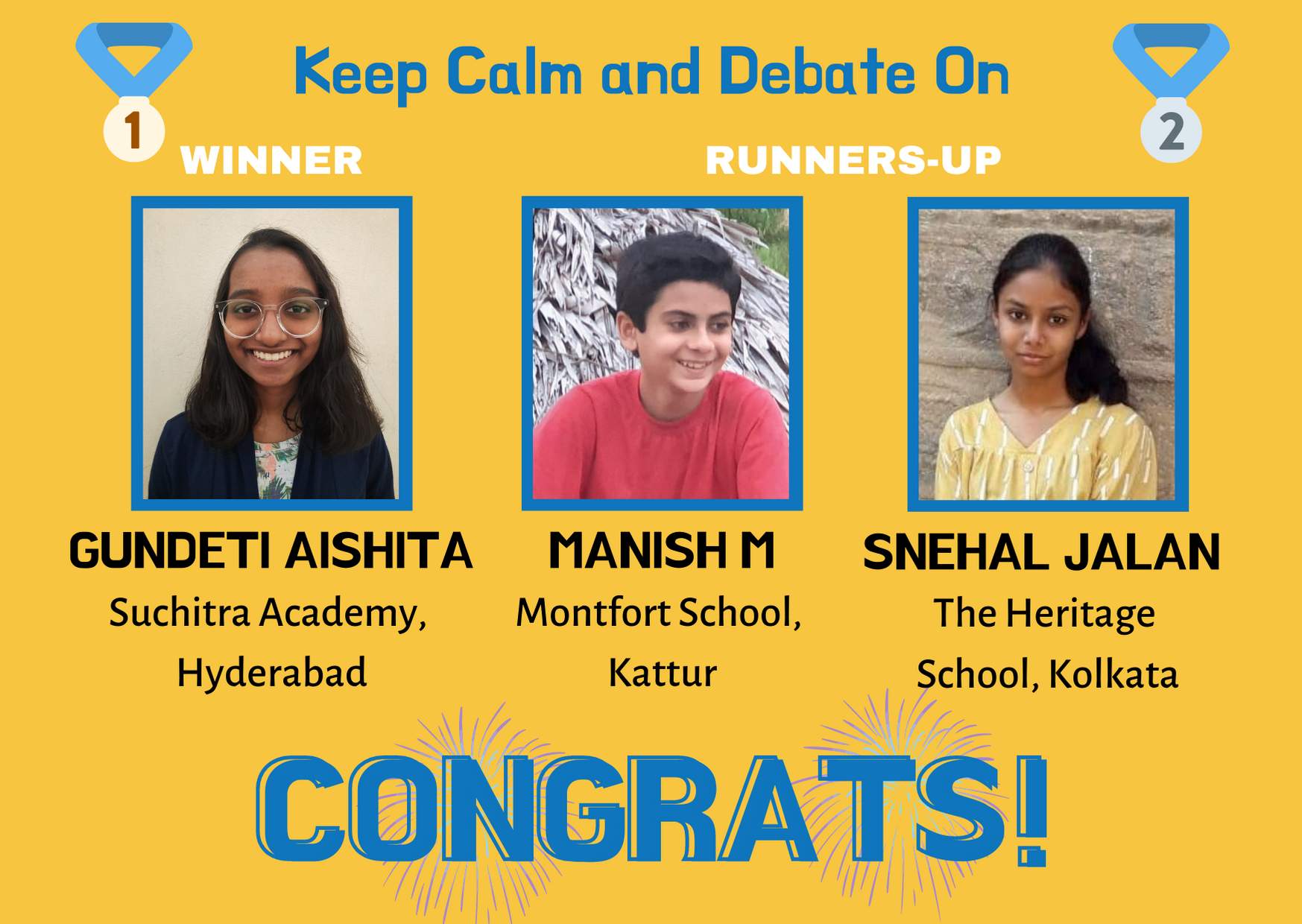 Festivals like Diwali being labeled as pollution fests: Fact or hypocrisy? Using Made In India products shows your patriotism 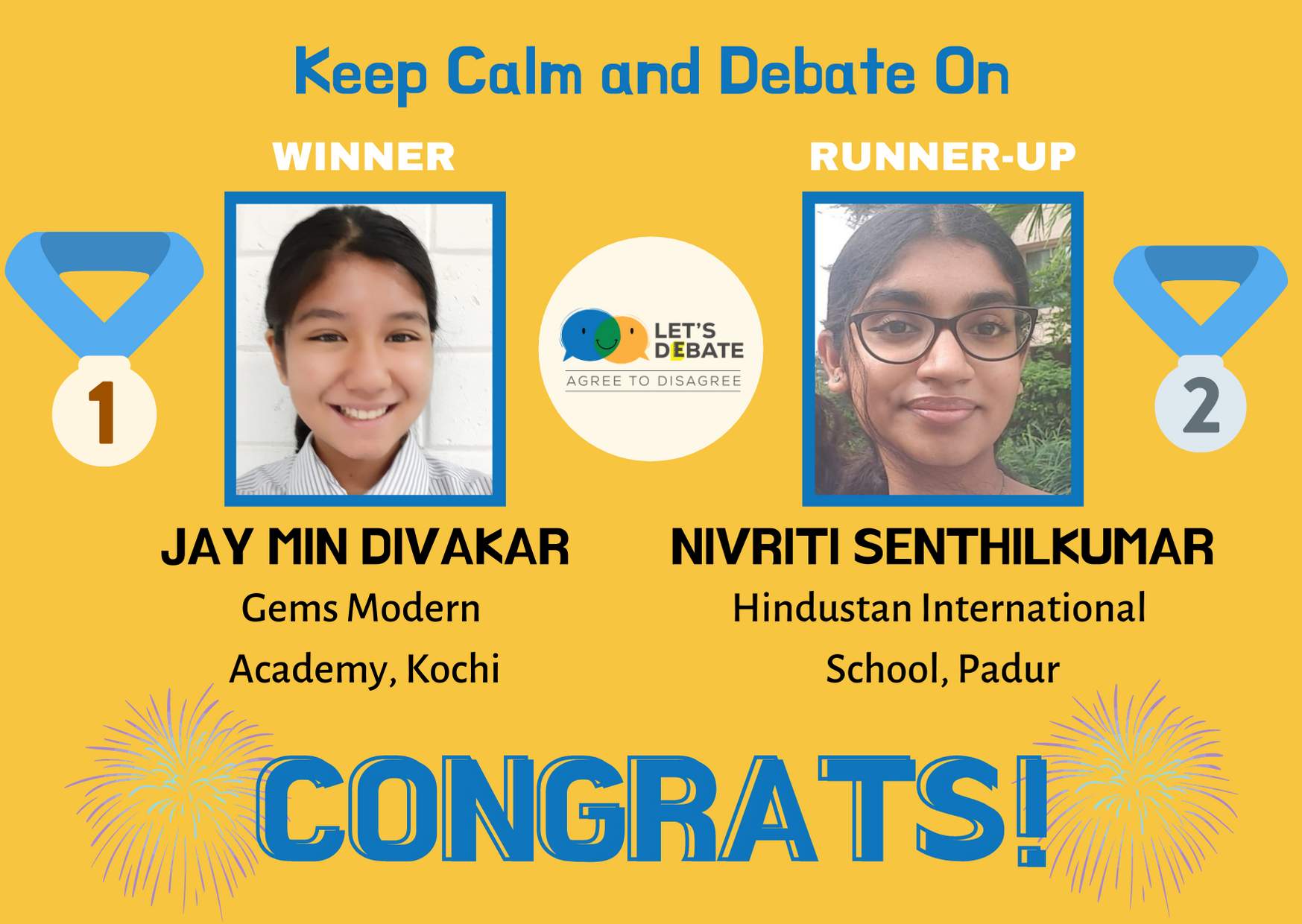 Do note that it's only the winners and the one wild card that go through the next round. So congratulations, dear participants. The way forward will be tough, but you know what they say, when the going gets tough, the tough get going. So brace yourself for the next round and get ready to debate again. 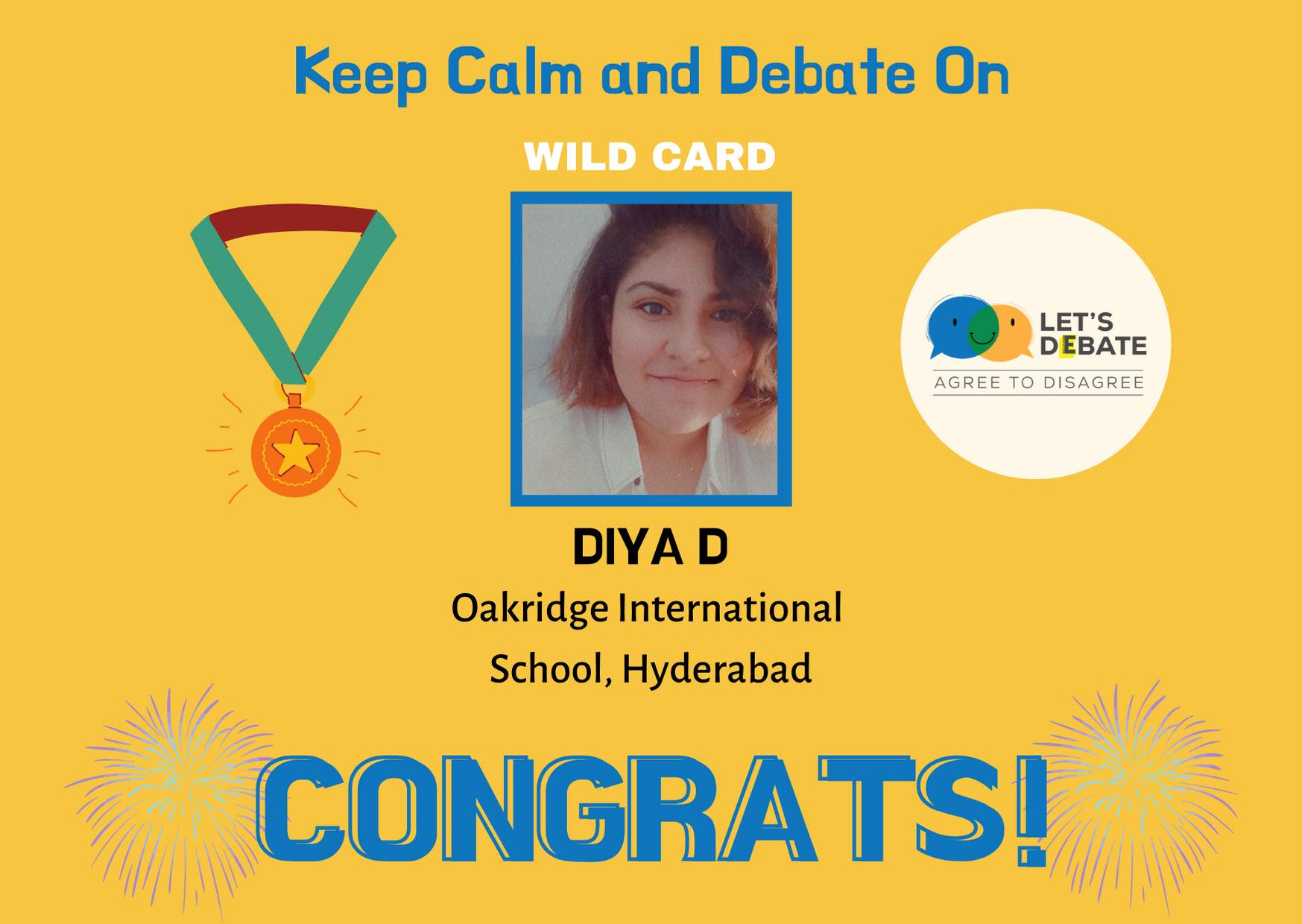 The finale will be aired on May 2.