After this labourer's library was burned down, this Mysore University professor is collecting books to help him rebuild it

Syed Issaq, a daily wage labourer ran a public library in a slum in Mysuru. It was allegedly burned down by a few miscreants a few days ago

A few days ago, Muzaffar Assadi woke up to the news of an unfortunate incident that had occurred somewhere close to his home in Mysuru. Syed Issaq, a daily wage labourer who ran a public library in his locality, had watched the library burn down to ashes after it was allegedly set ablaze by a few miscreants. The flame had engulfed thousands of books and newspapers and a dream that the drainage cleaner had nurtured.

While there are debates on how the space burned down, Assadi, a professor of Political Science at the University of Mysore who went to the spot and investigated the issue said that it was intentionally set on fire by people who disliked reading and the Kannada language. Seeing Issaq's plight, Assadi, an avid reader himself wanted to do his bit to help him rebuild his library. Issaq too, while speaking with The New Indian Express in the past had said that he would try and rebuild the library from scratch.

Dear Facebook friends I m beholden to your response to my appeal put up on FB about rebuilding the burnt library of...

So, through a post on his Facebook profile, he has appealed to people to courier books to him, to be donated to Issaq's library. "I accept only books and no monetary donations," says Assadi. Until now, he has received calls from people across the world, offering books. For instance, a fellow professor of his had donated 22 volumes of Ambedkar. Someone else has promised two truckloads of book. "Crowdsourcing campaigns for Issaq are happening across the country. There are promises about the donation of a computer too. I also got a call from someone from the UK who wanted to donate to the cause. So, I asked her to buy the subscription to a few journals that people can access at the library," he says. 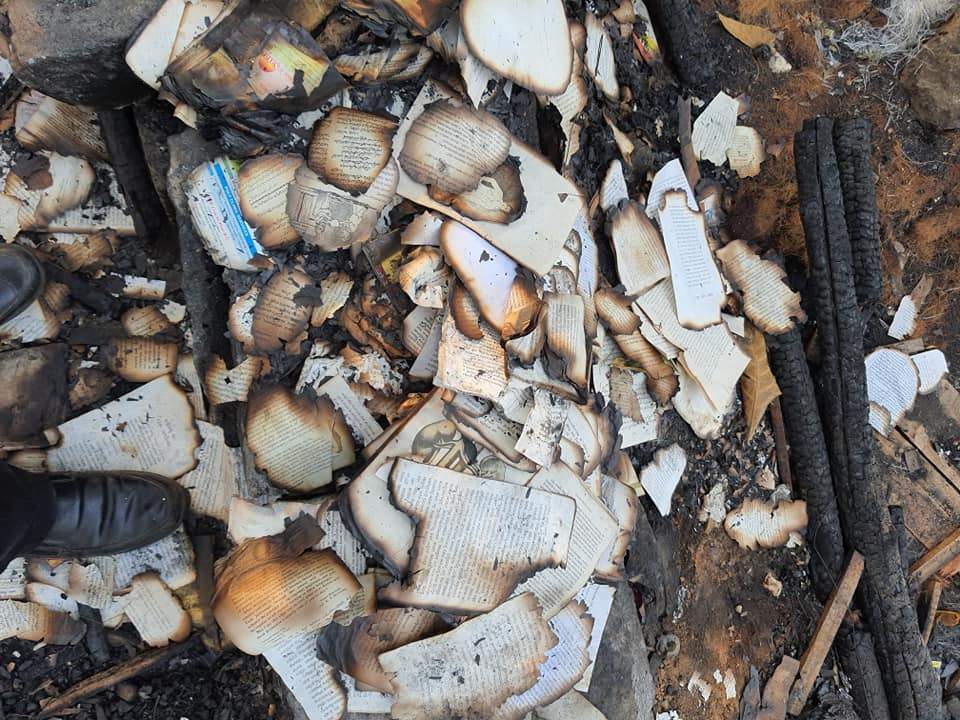 Issaq, who worked as a bonded labourer, has not received any formal education. While his family struggles to make both ends meet, the 62-year-old invested somewhere around Rs 6,000 for the upkeep of the library, that he had set up to inculcate reading habit among people. Assadi says that it attracted close to 150 people every day. "The library was one of the rare places where one could find a copy of the Bhagavad Gita and the Quran next to each other," he says.

READ ALSO: JNU starts enquiry on student who was not on campus and 11 others for breaking into Central Library

Apart from Assadi's appeal, there is also a fundraiser on Ketto to rebuild the library. The campaign has gathered around Rs 20 Lakh until now. Assadi says that even the Mysuru Urban Development Authority (MUDA) has also promised to help restore the library. "They have proposed to make Issaq an honourary member there," he says. However, the idea doesn't thrill Assadi much. He tells us why. "Here is a man, who has gone through a lot of hardships in life and still works as a daily wager. At the same time, he is so passionate that he wants to maintain this library and create a dialogue among people. He deserves more appreciation. Instead of sidelining him to an honourary member,  the library must be named after him," he says.