The students protested inside the campus and presented a memorandum with a list of their demands to Dr Maiti who accepted it and said that the administration will consider it, said the students

Drama prevailed for a while as the students of Kolkata's Presidency University jumped over the main gate to enter the campus forcibly and protest. Why? Because they had learned that the varsity was constructing a new canteen on the area that they claim was earmarked as an activity space — called Prangan — where the students have organised various cultural events. They also presented a memorandum with a list of their demands to the Dean of Students Dr Arunkumar Maiti. 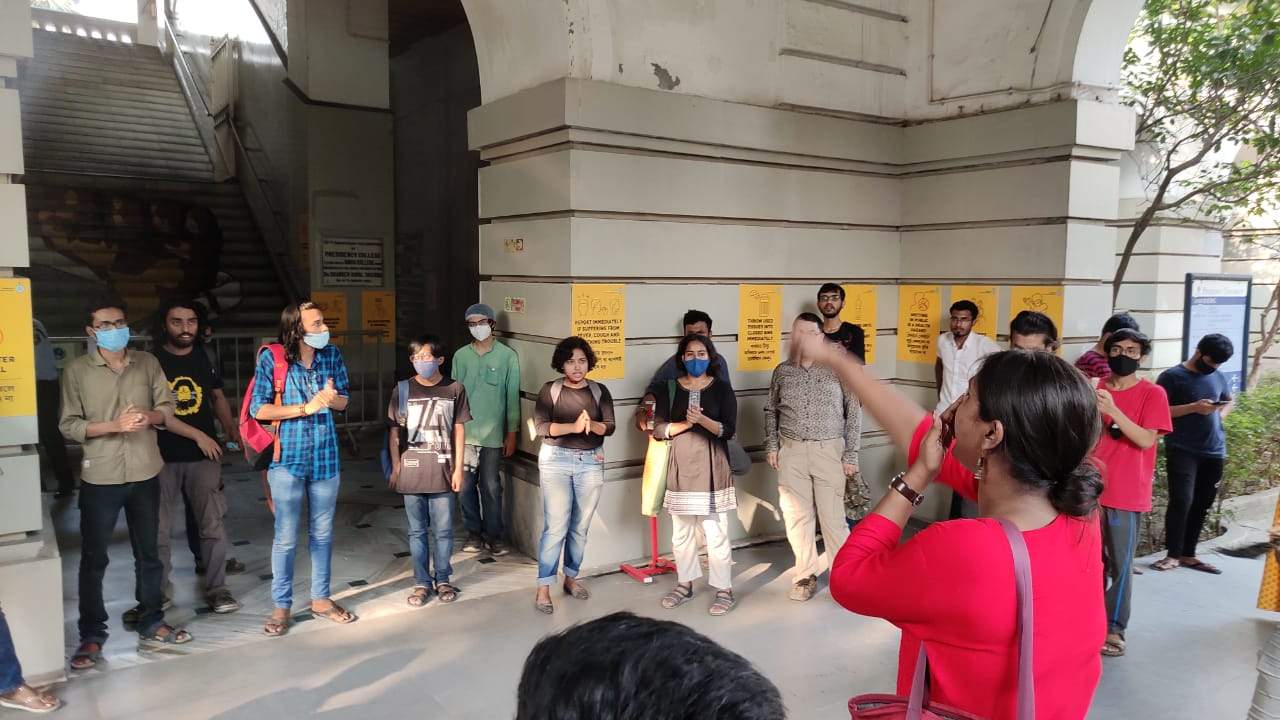 The students said that they have not been inside the campus for the past year and did not know of the said encroachment until one of their classmates, who was on campus to pay the fees, clicked a few pictures and shared it with them. "We were shocked to see the photos and wanted to meet the administration. We were told that the students are not allowed inside to curb the spread of COVID-19. But we saw professors and administrative staff inside the campus. How will the students alone spread COVID?" asked Ahan Karmakar, a third-year student of Economics at the varsity. They then decided to climb over the gate and Ahan live-streamed it on Facebook. 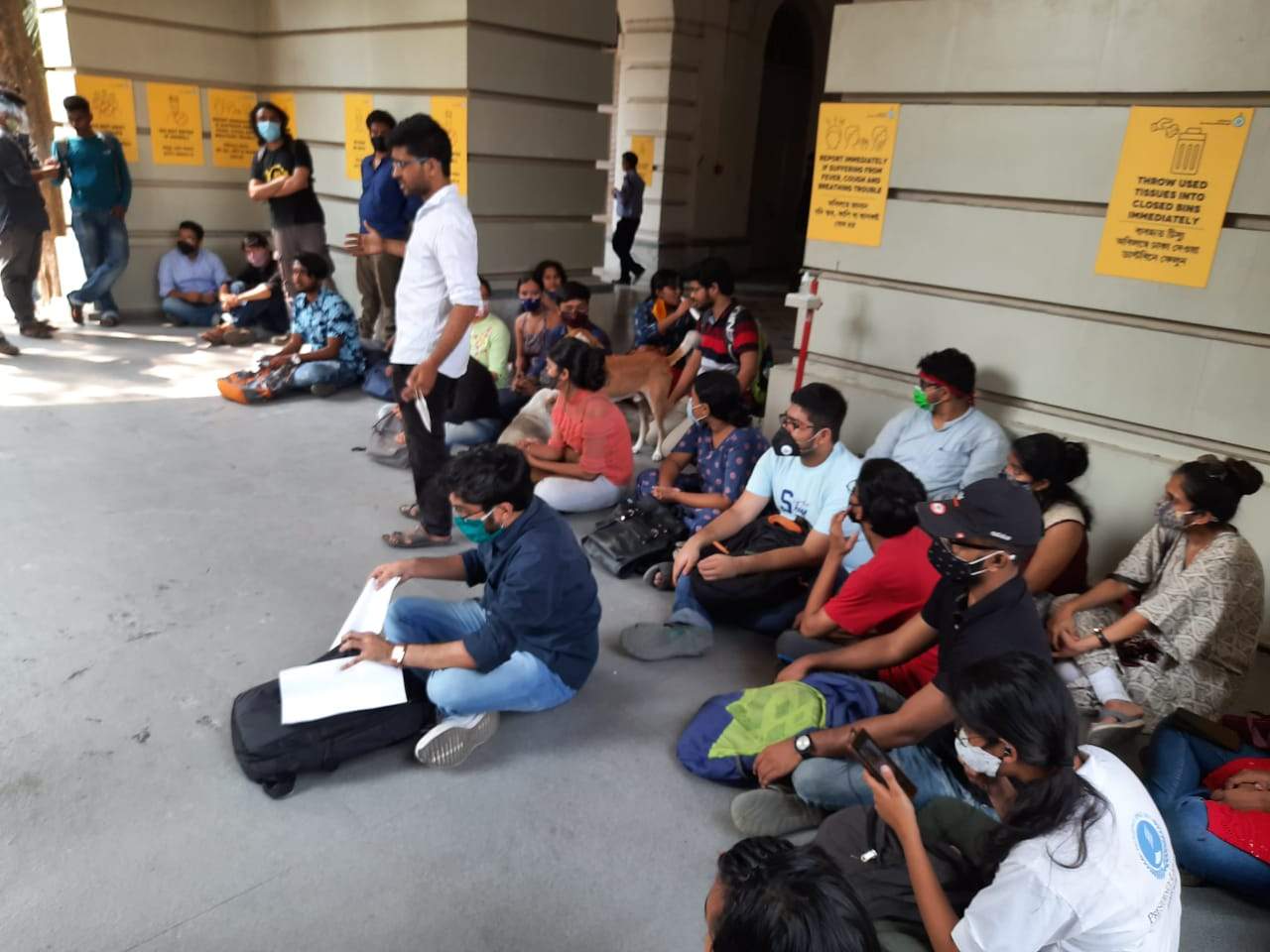 The students then protested inside the campus and presented a memorandum with a list of their demands to Dr Maiti, who accepted it and said that the administration will consider it, said the students. "We have been organising events at Prangan for years. That is the space where students interact. They had planned to reconstruct the canteen, Srishti, and the students agreed with it. But it is problematic if it encroaches upon this space. Presidency, to start with, does not have an abundance of space. We only have Prangan and the Derozio hall to organise events. Our demand is to give us our spaces back," added Ahan. The pictures that the students shared show that construction is already underway.

The Presidency University administration has not released a statement on this yet.