JEE 2020: See how COVID SOPs were followed in exam centres in Kerala, neglected in Odisha and Bihar

The visuals from TCS iON, Kochi shows parents of students maintaining distance while waiting for them outside the centre. The students too exited in a phased manner, in smaller groups, maintaining phy

The Standard Operating Procedures owing to the COVID-19 pandemic were not uniform in the Joint Entrance Examination Mains centres across the country. While the crowd was denser outside the centres, as the BTech entrance began on Wednesday, photographs suggest that centres in states like Odisha and Bihar failed to maintain physical distancing outside the exam centres. At the same time, centres in Kerala adhered to SOPs to an extend. 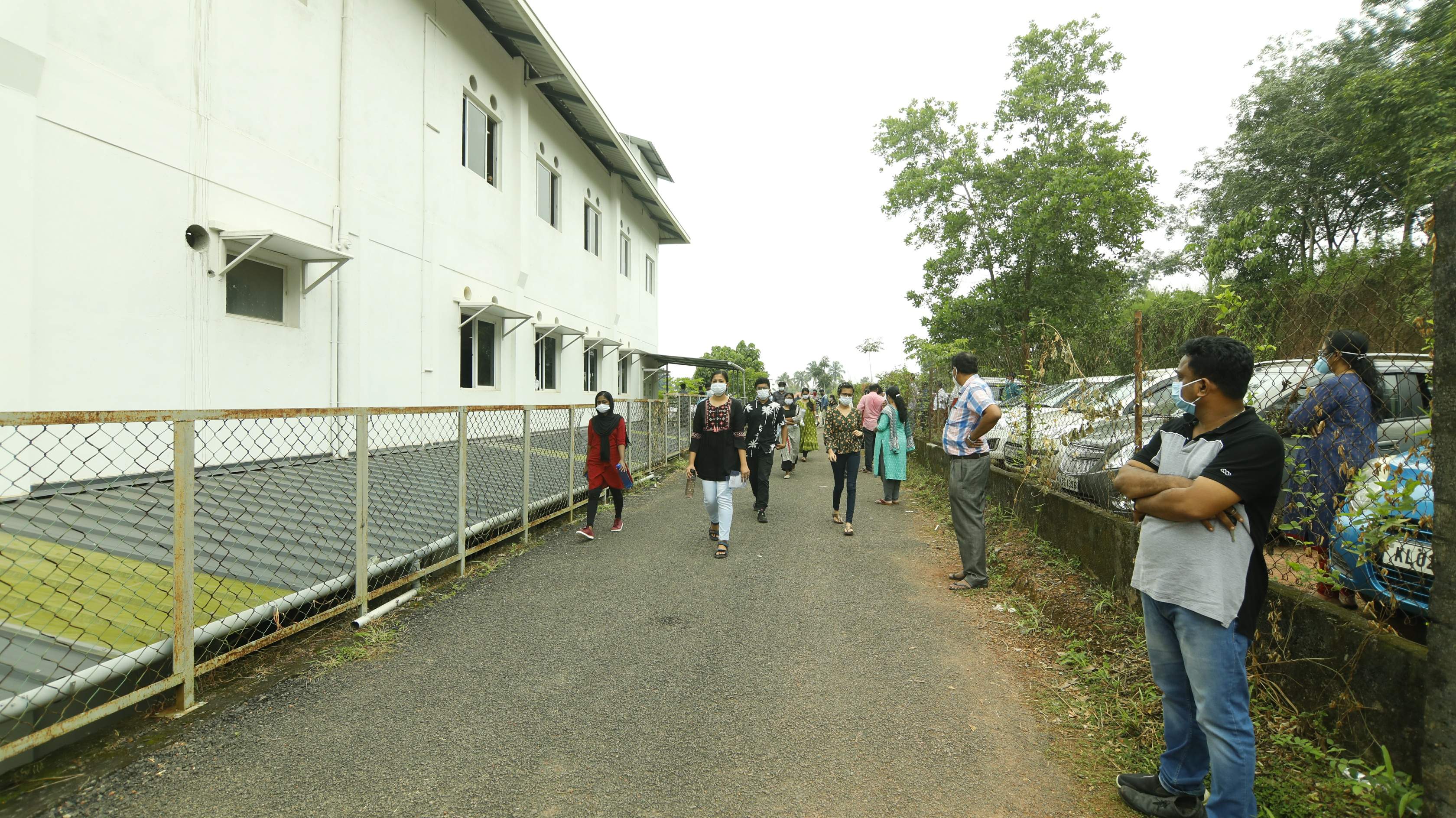 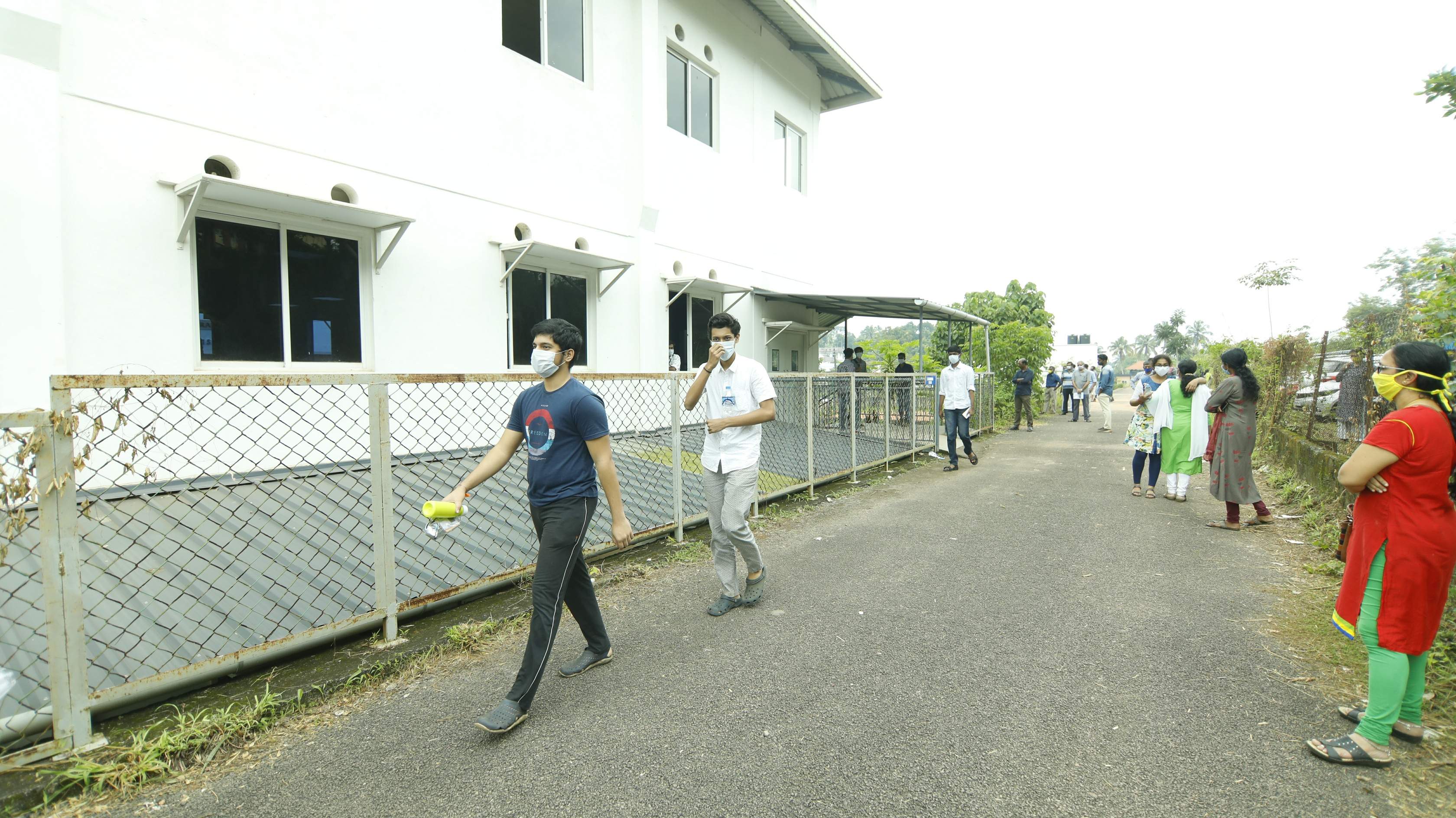 The visuals from TCS iON, Kochi shows parents of students maintaining distance while waiting for them outside the centre. The students too exited in a phased manner, in smaller groups, maintaining physical distancing. The officers at the exam users frequently made announcements through megaphones, ensuring that the protocols were followed. Even outside the centre, many people waited inside their vehicles, while students queued up standing in marked squares, which were a good few inches apart from each other. The centre was crowded, compared to Tuesday, when the BArch entrance examinations were held. 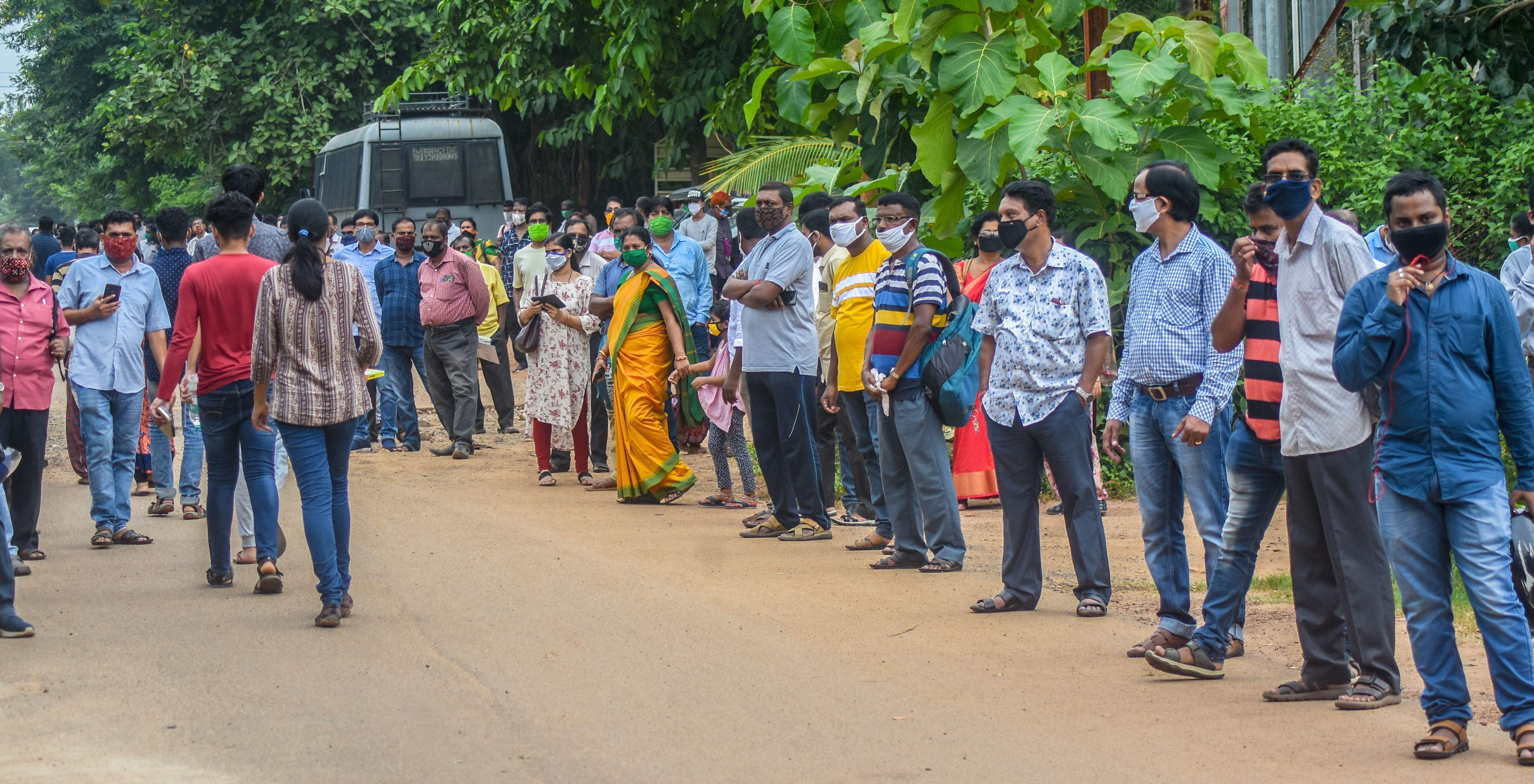 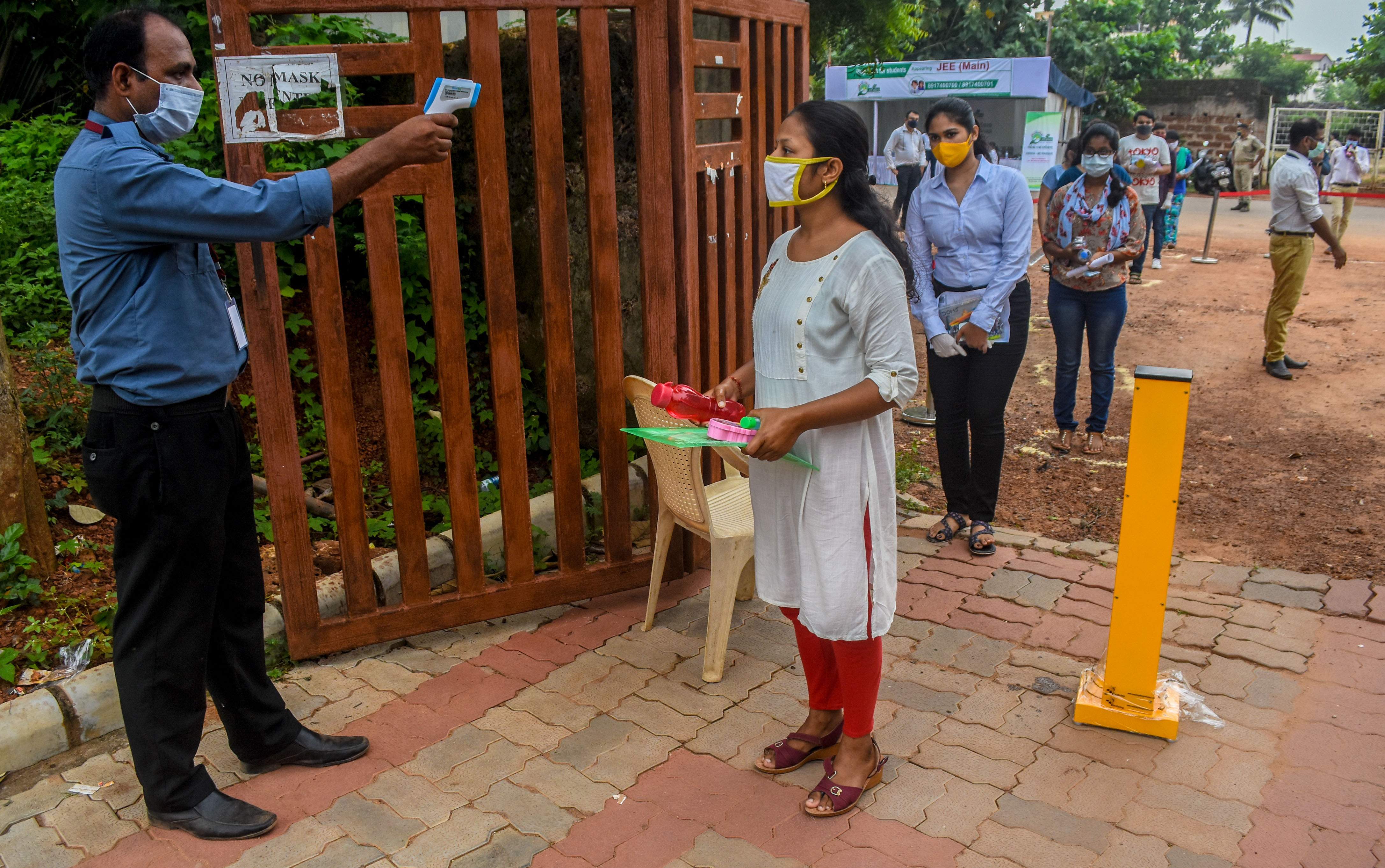 The centres in Odisha too had students wait inside marked squares, while they wore masks and had their temperatures checked. However, crowds were formed outside the centres, with parents waiting for their children who had gone to write the entrance. At the same time, things looked grim outside an exam centre in Patna in Bihar, where a large number of people are seen crowding and no social distancing norms were followed. 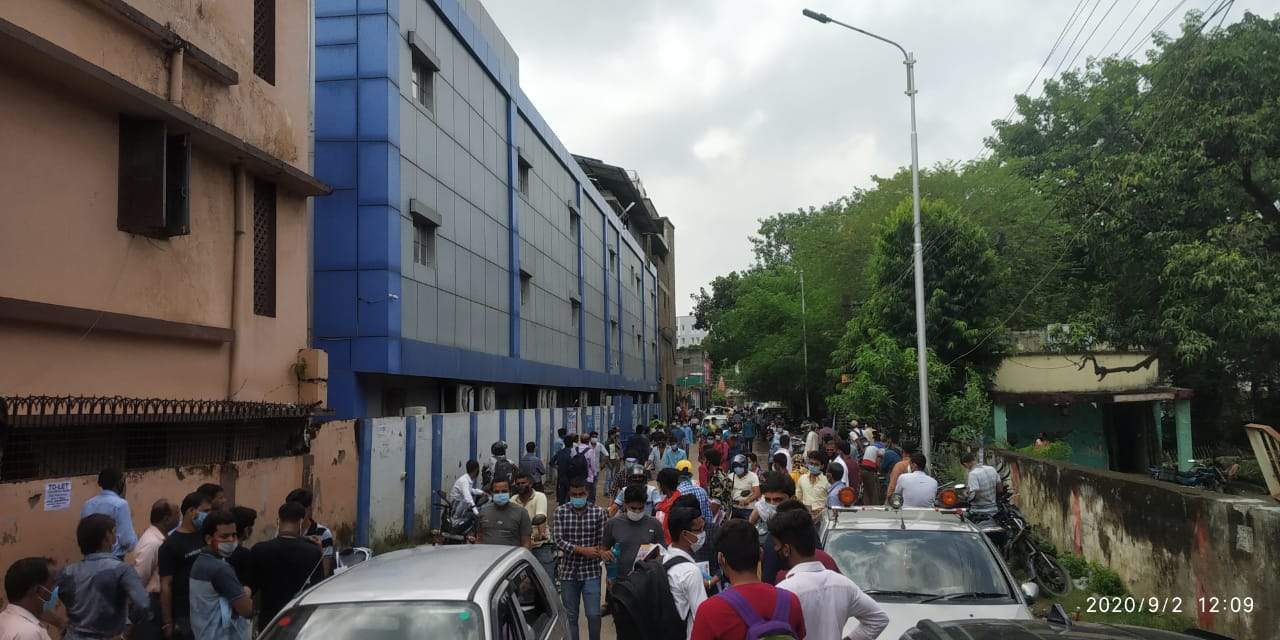 Outside a JEE centre in Patna (Pic: Manas Chandra)