They might have Indian papers, but they are Bangladeshis: Why students in Meghalaya put up anti-Bengali posters that are going viral

It all started after a Khasi man lost his life in a clash between non-tribals and Khasis in February. While the Bengalis allege oppression since then, the Khasis say their name is being maligned

The Khasi Students' Union (KSU) had put up posters racially profiling Bengalis living in Meghalaya on October 21 across Shillong. The police took down the posters promptly and urged all communities to uphold peace in the state. But this is not a one-off incident. The tension has been brewing since a clash on February 28 claimed the life of a Khasi man. The postering is a reaction to a series of letters by a few Bengalis to the Governor Satya Pal Malik, PM, President and Home Minister alleging Khasi organisations and the government of oppression against Hindus in the state since the Ichamati incident. 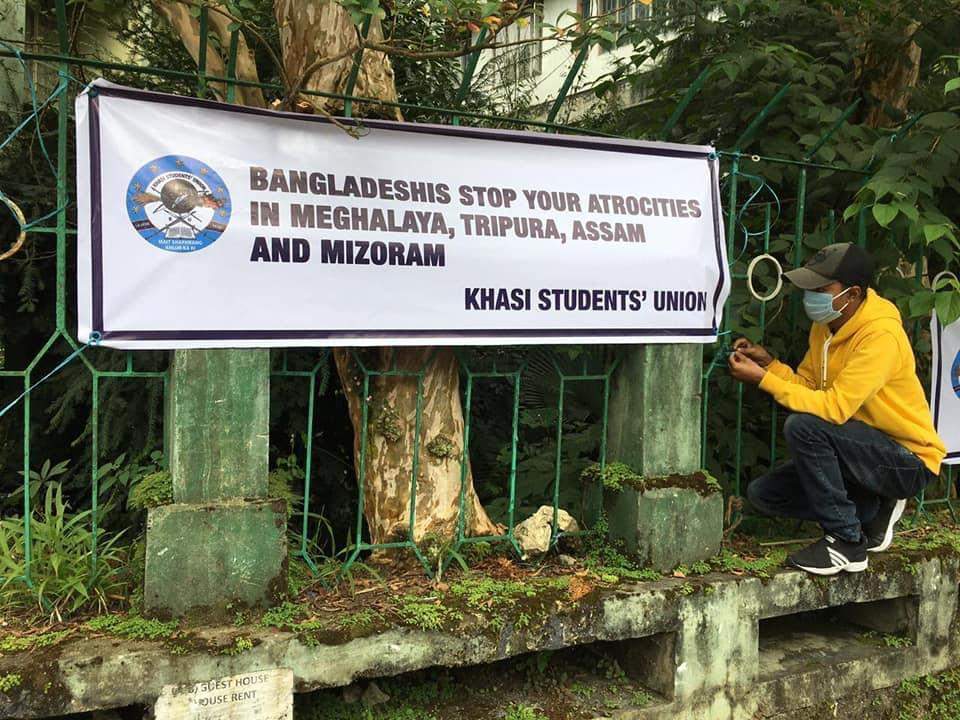 Lurshai Hynniewta, a 35-year-old taxi driver, succumbed to his injuries after being caught up in a clash between KSU members and non-indigenous people at an anti-CAA rally in Ichamati, a border town in Meghalaya. While the KSU said that Lurshai was a KSU member, the non-indigenous people claim that it's just an attempt to politicise the event. Three Bengali men — Prantush Sarkar, Mridul Das and Binayak Roy — wrote a letter to the Governor Satya Pal Malik on October 15 alleging organisations like KSU and the state machinery, specifically the District Council, of harassment of Hindus in various forms. Former Congress MP Susmita Dev also wrote a letter to the PM highlighting the issue.

One of the major issues that the memorandum brought forth was that the community has been denied NOCs to open businesses after COVID-19. "We have not been granted permission to open our shops even after the lockdown was lifted. We have been out of work for eight months. This is plain and simple discrimination and oppression by the majority. They are not telling us what is wrong with our applications or what papers they need. They have not stated a reason in writing," said one of the businessmen from Bholaganj. But some claim that the NOCs were not furnished because they did not have the proper documents. "Not only that, a lot of them are involved in smuggling across the Bangladesh border. This is the government's attempt to put a stop to that," said Dominic S Wankhar, a freelance political columnist. 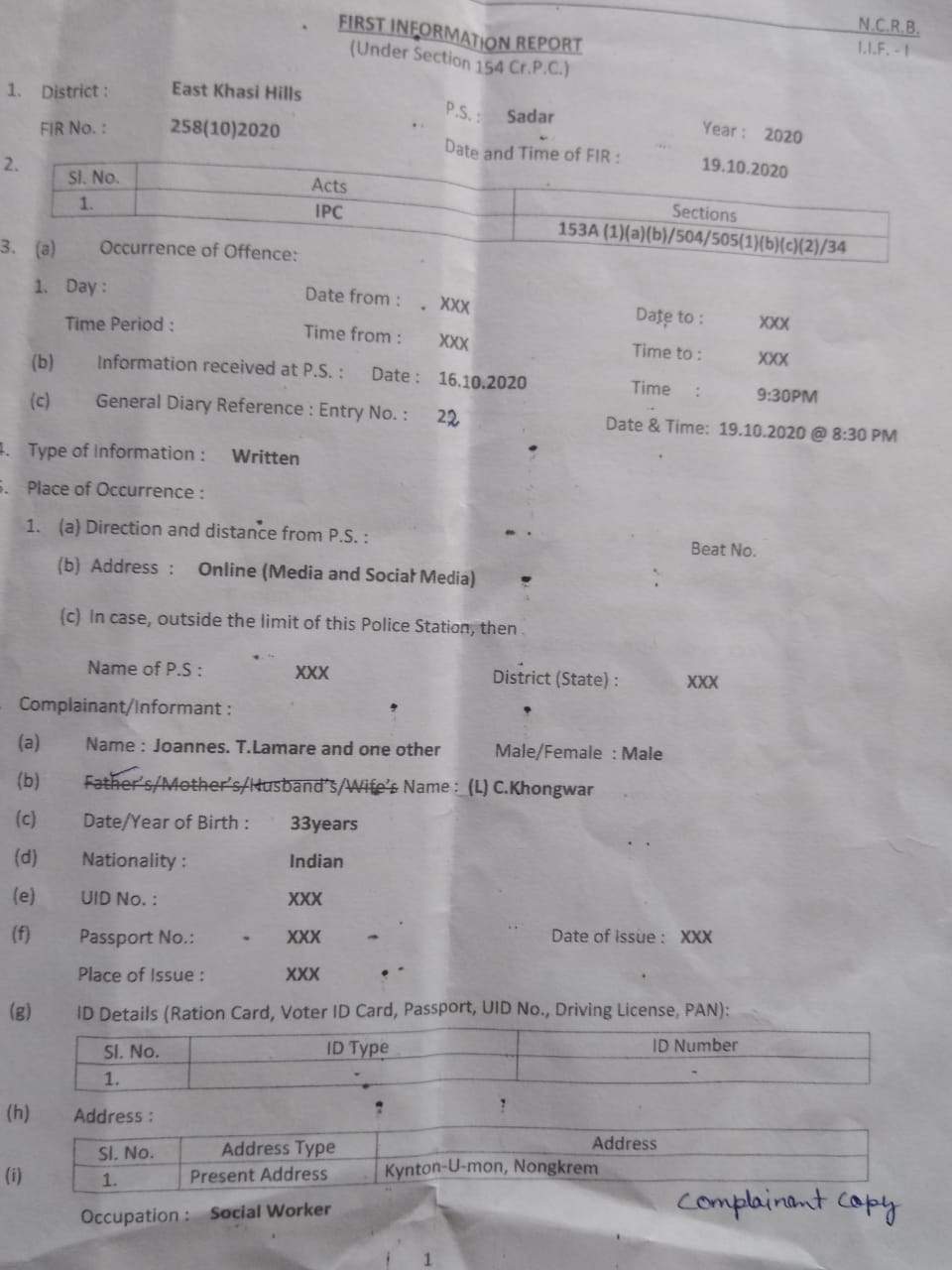 The letter accused the KSU of threatening and harassing shop owners as well. However, Donald V Thabah, General Secretary, KSU, denied the claims. "We have seen them propagate hate in the name of religion for these past few months. We thought we will let it pass and they will cool down but then they went ahead and wrote to the Governor and the PM. We needed to raise our voices too. The government had assured us after the Ichamati incident that the culprits will be punished and we are waiting for justice," he said. "There are Bengalis who have been here for decades but they are insignificant in number. The ones who came here after the Bangladesh war in 1971 are the ones who are spewing hatred and causing trouble. They might have Indian documents now but they are essentially Bangladeshis," he said. 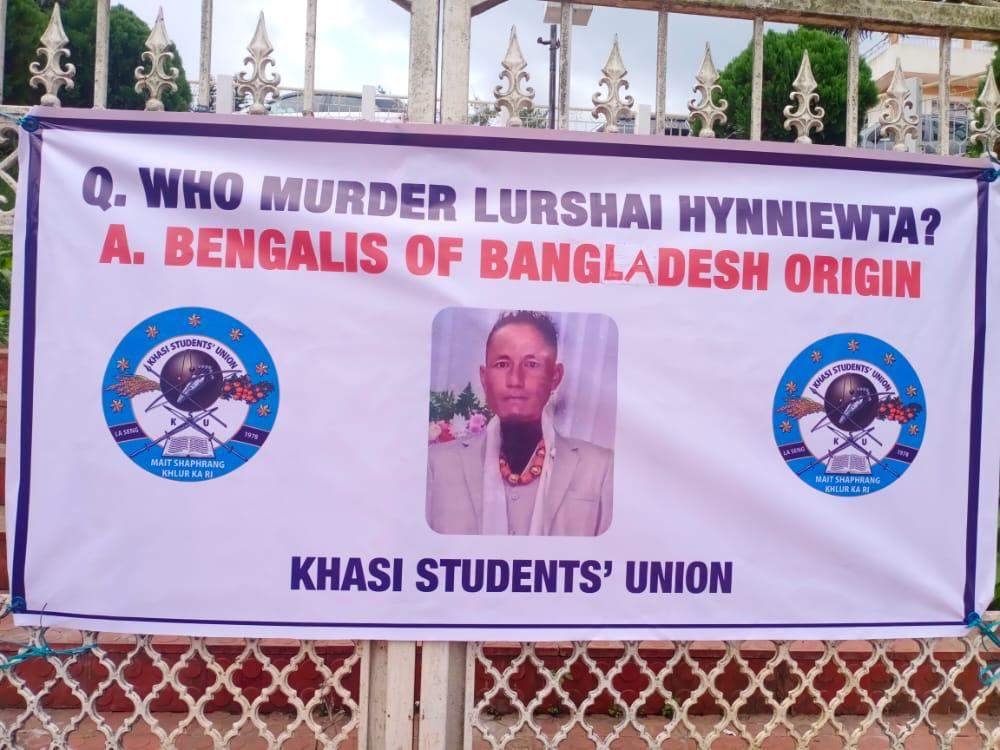 But the Bengalis of the region allege that they are being harassed even when they are travelling in their own vehicles. "They are stopping vehicles and searching them. If they see a non-indigenous person they would harass them. It has become insufferable and the conditions are worsening. People are thinking of relocating," said a local who did not wish to be named.

Dominic has also filed an FIR against the three Bengali men and vlogger Vicky Dey under 153 (1)(a)(b), 504, 505 (1)(b)(c)(2) and 34 of the Indian Penal Code for promoting enmity between different groups on grounds of religion, race, place of birth, residence, language, etc., and doing acts prejudicial to maintenance of harmony. "Ever since the incident at Ichamati, a section of the non-Khasi people have been alleging that they are being ostracised and targetted. They also said that women and children from the community has been harassed when the men were arrested in connection with the Ichamati incident while the truth is that eight of them were released on bail. The KSU retaliated with a small demonstration. I don't think they meant to threaten anyone. It was tit for tat — they wanted to show that they too can raise their voice," said Dominic. "Vicky has been putting up videos about partition and bringing up issues from the past to instigate the Bengalis. This is not right. This was followed by the trio putting up a false narrative and bypassing the government to complain to the Governor. I think the Bengali Association should come forward to talk about this," Dominic added.