Fear and loathing: Why being queer during the pandemic can only exacerbate mental health concerns

Despite the hard work an individual puts into finding their way out of the closet, speaking this truth out just a tad bit louder than the society deems it appropriate can still get them in trouble

My name is Namithaa Jayasankar, and I am a genderqueer individual. Saying this sentence out loud took me three years after I accepted this as a fact for myself.  Somedays, I wish I could go back into the closet, just to save myself the pain of kindly requesting the cishet oppressors to remove their foot from our chests. Despite the hard work an individual puts into finding their way out of the closet, speaking this truth out just a tad louder than society deems it appropriate can still get the person in trouble for "alienating the allies".

Take an individual who has lived a reality different from that of the larger society. Now, tell them that they are wrong and their entire existence is some sort of a mistake, an anomaly and a defect, if you will. Would it be surprising if that person felt alienated enough to begin hating themselves and wishing to harm themselves? What would this mean for doubly marginalised people? The 2010 UNDP document on the Exclusion of Gender and Sexual minorities from larger society speaks volumes about the restrictions on social and health access for trans women, and extrapolatively, trans men and GNC individuals.

Seventy years ago, when the Allied soldiers invaded Germany and released the victims of Sobibor, Treblinka and Auschwitz, those bearing an inverted pink triangle on their chests were sent right back in, to finish the sentence they started. Some of those sentences have not ended yet. As a queer individual in today's India, the question of my safety is asked to an abusive and patronising majority. Questions like "what is your real name?" "What do you have down there?" "How do you have sex? "When did you choose to become *insert identity here*?" have been frequently peppered with slurs and perjoratives. But this doesn't hold a candle to the greater violence perpetrated against us in the form of lynching and rape.

Our mental health issues stem, not from our own identity crises but the treatment and the exploitation of our lives as well as the assault that is heaped upon us by the current structure of social power. Collective and intergenerational trauma are among most research topics about minority stress in recent times. Studies on the effects of Slavery on African-American people, and the Holocaust on Jewish people, and the Caste structure on DBA communities are visible and well documented. It can be said unequivocally that the graded inequality of cishet patriarchy has not just influenced but directly destroyed the lives of the DBA people, the queer and the trans alike. In an article on why caste identities matter to mental health outcomes, Deepa Pawar states that social heirarchies and collective expectations add to the poor mental health outcomes in oppressed caste groups. Similarly, studies show that social stress and trauma is endemic to gender minorities. You can read about it here and here.

The institutions of justice and law enforcement have systematically degraded the sanctity of life for those they deem not important enough to appease their kyriarchal babus. The Transgender Persons (Protection of Rights) Law, 2019 is a sanctified guidebook on how to oppress and delegitimise the lives and rights of queer individuals by setting dangerous precedents to treat legal adults as children under the control of their guardians. In addition to law and policy, healthcare access is a joke with us as the punchline. 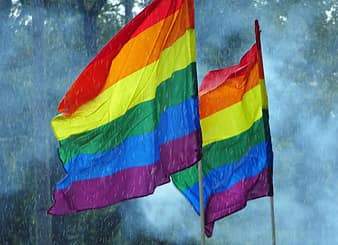 People of non-normative gender and sexuality carry generational trauma in our bodies. We are still exposed to the same societal fascism of being hunted for sport and lynched, beaten and sexually assaulted in police stations and our own homes, denied life-saving treatment, induced to 'conversion' in the form of drugging, and outed to a cruel community that continues this treatment cyclically. Horror stories of 'mental healthcare' providers trying to cure and quell queerness send us reeling each day. You can find evidence of such practices here, and here. This, despite the fact that the Indian Journal of Medical Ethics has categorically declared conversion therapy to violate all four basic principles of biomedical ethics.

Those of us who want to combat this violence and abuse have found support in affirmative mental healthcare to be the best way yet. Especially in order to cope with life when the trauma response and the complex PTSD of individuals cannot be discounted as just another mental health impediment, but as a crisis in need of immediate intervention. The April 2020 study collating research review on LGBTQIA+ Mental Health states that the prevalence studies reveal that LGBTQIA+ individuals were found to show high rates of mental health concerns, and that the adapted Minority Stress Model may be a crucial pathway for the same. Lived experiences, factors related to mental well-being, and societal attitudes were taken into consideration to state this fact.

The long term precipitates of poor mental health in LGBTQIA+ folks are still being researched, but the information we have at the moment strongly alludes to the fact that the feedback loop of poor mental health outcomes contribute to the larger, more neglectful physical healthcare-seeking behaviour. You can read the 2017 study about this phenomenon here. In order to combat the high prevalence of harm-doing by some healthcare providers, LGBTQIA+ individuals have been forced to create our own 'green' books - curated databases of healthcare practitioners for safe navigation of this space. Orinam- Resources for LGBTQIA+ Healthcare,

It is common knowledge among mental health practitioners that the percent of suicide attempts in queer adolescents is incongruently higher than cis gender heterosexual teens. Judy Shepard, the parent of Mathew Shepard who was a victim of homophobic lynching, once said that the difference between a queer child and a dead child is the unrelenting support of a parent or the lack thereof. It is therefore important for parents to confront their own deep-seated fear of 'what will society say' to make sure it does not become 'why did my child die'. This may sound like a fear-mongering tactic, but this sobering question can make a world of difference for a child with no coping mechanism to deal with the scorn, hate, and distancing of their own parents, the abuse thrown at them by others notwithstanding.

This is an additional burden upon young and old queer people who have been forced to quarantine with their abusers for the duration of this pandemic. (INHS on LGBT and Covid-19). Even in a household with very self-aware and emotionally stable people, this uncertainty has led to a lot of mental friction. Throw in the volatile combination of abusive, manipulative, toxic and codependent family into this mix, and that is nothing but fear and loathing for the minority individual at the least.

Intimate partner violence has skyrocketed in the last few months alone, leading to many people being battered and murdered. The isolation and gaslighting tactics thoroughly employed by abusers has found a haven in government-mandated personal distancing and lack of access to public spaces, owing to the pandemic. The resources and the physical ability of many people to escape such conditions are now unavailable due to the unprecedented job losses and the closing down of IPV survivor shelters for the fear of the infection. What would this mean for a populace with no social support system in the form of traditional family structures or a responsible law enforcement? -- a world of pain and an almost irretrievable mental hell.

But all is not lost. In order to double down on the deplorable mental health conditions during the pandemic, and to tackle the aftermath of this crisis, many organizations and collectives have amped up their response mechanisms. Crisis hotlines have expanded their personnel and are offering in-depth counseling intervention. Mental health initiatives have also begun capacity-building endeavours for peer counselors, community organizers, and anyone who wishes to function within the mental healthcare paradigm. Some counsellors now offer their services with sliding fees to make sure that the lack of finances do not discourage individuals from seeking help.

For these interventions to work optimally, community support and the belief in an equitable society is important. But they are neither the first nor the only requirements for better mental health and life satisfaction outcomes in any minority population. Dismantling the system of oppression stands in the way of collective wellbeing. Until such a time, any other measure is as temporary as a bandaid on a bullet wound.

The opinions are the author's own