According to the FIR, about 20-30 students of UoH had illegally gathered at a Coffee Day and conducted a rally

Several student groups have extended their solidarity to the students from the University of Hyderabad and the Maulana Azad National Urdu University who were slapped with FIRs and asked to turn up for investigation for their anti-CAA protest in February. The students have been asked to appear for an investigation into a rally they took out at MANUU where they had ‘illegally gathered at a Coffee Day’.

According to the FIR, about 20-30 students of UoH had illegally gathered at a Coffee Day and conducted a rally from there into the MANUU campus, “They were showing placards, raising slogans against the Central Government and gave ‘provocative’ lectures without taking permission from either MANUU or from the police,” the police claimed. 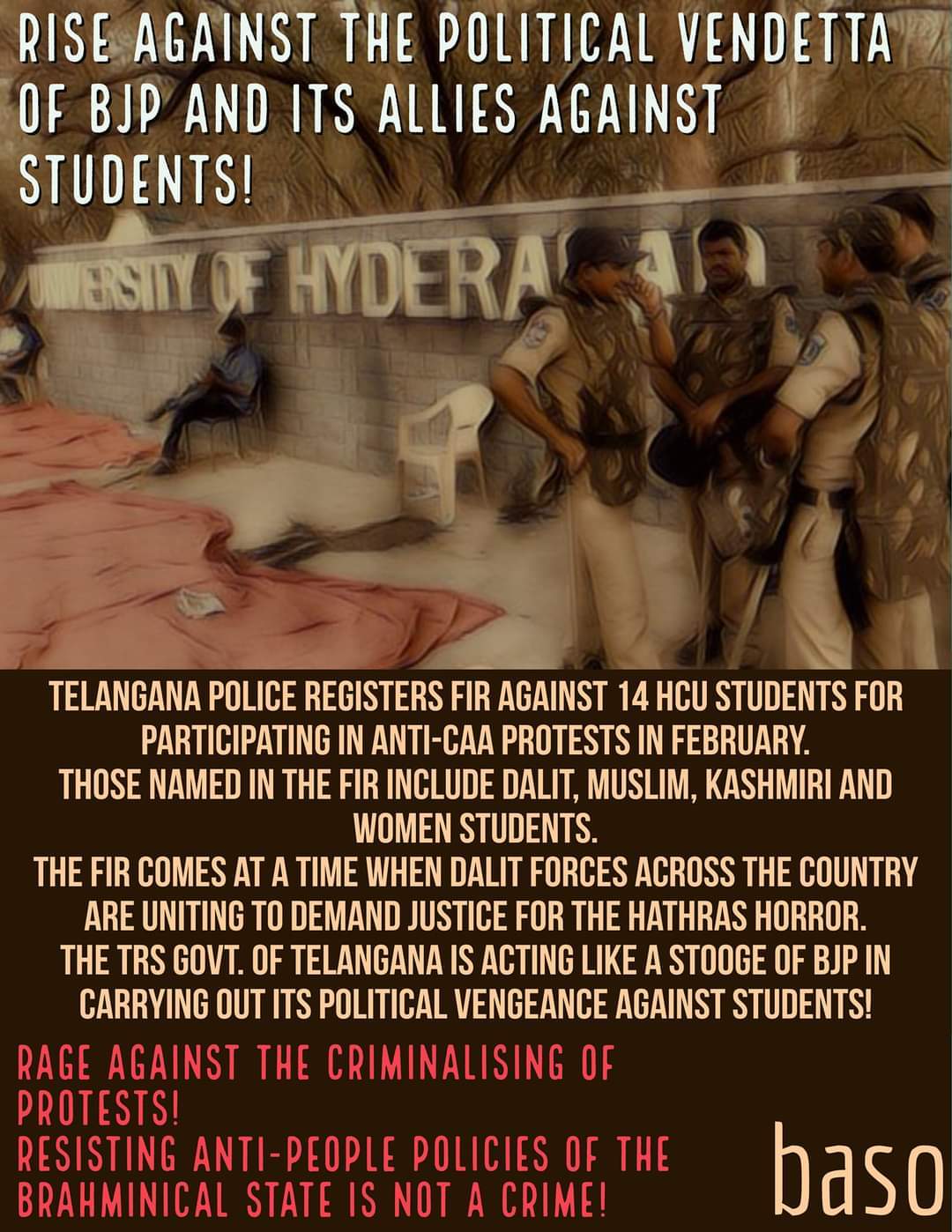 The students have condemned the FIR claiming that their protest had been completely peaceful. The protest was organised by the HCU Coordination Committee and MANUU’s Students Union. One student told the New Indian Express that they had not been made aware of the FIR and were worried they would have to travel from different corners of the country to appear for the investigation and doing the same during the pandemic could be potentially dangerous for them.

A member of UoH’s Students' Union called the action of the police a ‘witch hunt', “As per sources, students have been asked to appear on October 6 but the letter itself was dispatched on October 8 which indicates that the police and state are after students who raised their voice. They are now being harassed with false FIRs, the program took place in February and the FIR copy has been sent to students after eight months which again indicates that our students are being targeted. We condemn the filing of an FIR on our student activists and we demand the Telangana Government, CM and police commissioner drop the charges on our students.”

The Bhagat Singh Ambedkar Students Organisation extended their solidarity and pointed out that the names in the FIR include Dalit, Muslim, Kashmiri and women students, The Ambedkar Students Association also said it stands in solidarity with the students from the HCU Coordination Committee ‘on whom arbitrary charges have been filed’. The Jammu and Kashmir Students Association, UoH also said they would stand in unconditional solidarity with the students, “With the recent arrest of activists and student leaders across the country, we have seen how, in the shadow of the pandemic, the central government has left no stone unturned to throttle all forms of dissent. This FIR by Telangana Police is a manifestation of the draconian strategies employed by the state to harass students and suppress voices that stand for justice, freedom and equality in the country.”