Even though the Coronavirus pandemic is still raging, trade unions, farmers and students took to the streets on November 26 to protest the farmer and labour codes. While Delhi saw altercations with the police Kolkata saw a much more peaceful protest and even a successful one, claimed the SFI.

Farmers from Haryana and Punjab are still protesting at the national capital's border and barbed wires are being placed to keep them from entering the city. Media reports suggest that the Delhi Police had asked for nine stadiums to convert them into makeshift prisons but the AAP leaders have denied this request. A protest rally by Students' Federation of India (SFI) Delhi was stopped midway and the top leaders were detained. 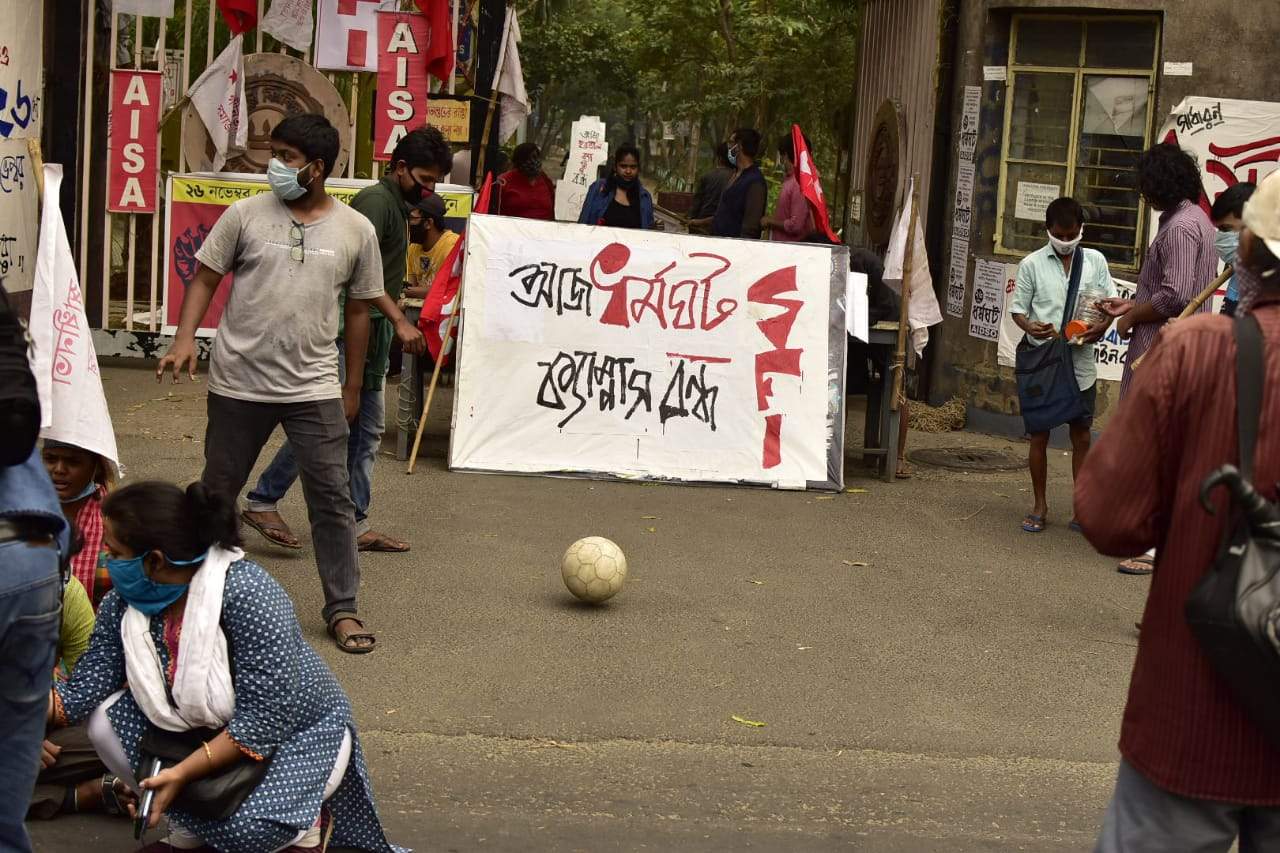 But the picture in Mamata's West Bengal was a stark contrast. Not only were there no detention or arrests, but students were rather seen sloganeering, playing football on the main road in front of Jadavpur University and creating blockades with benches.

While the Delhi protest saw police detaining SFI General Secretary Mayukh Biswas, JNUSU President Aishe Ghosh, LSR Students' Union General Secretary Unnimaya and SFI Delhi President Sumit among others, the Kolkata chapter saw the least amount of interference. "We let all emergency vehicles go and there were not many vehicles on the road as even the taxi drivers were part of the strike along with other trade unions. The police did not bother us either. It was a successful strike in Kolkata," said SFI Jadavpur University Local Committee Secretary and former AFSU general secretary Debraj Debnath.

"The Modi government has been paranoid by the announcement of the strike and rallies by national trade unions in the capital on Thursday. Hence, there were border blockades at Haryana, Uttar Pradesh and Punjab followed by water cannons by the police of the BJP ruled states to deter farmers and trade unions from coming into Delhi," read a statement from SFI-Delhi. 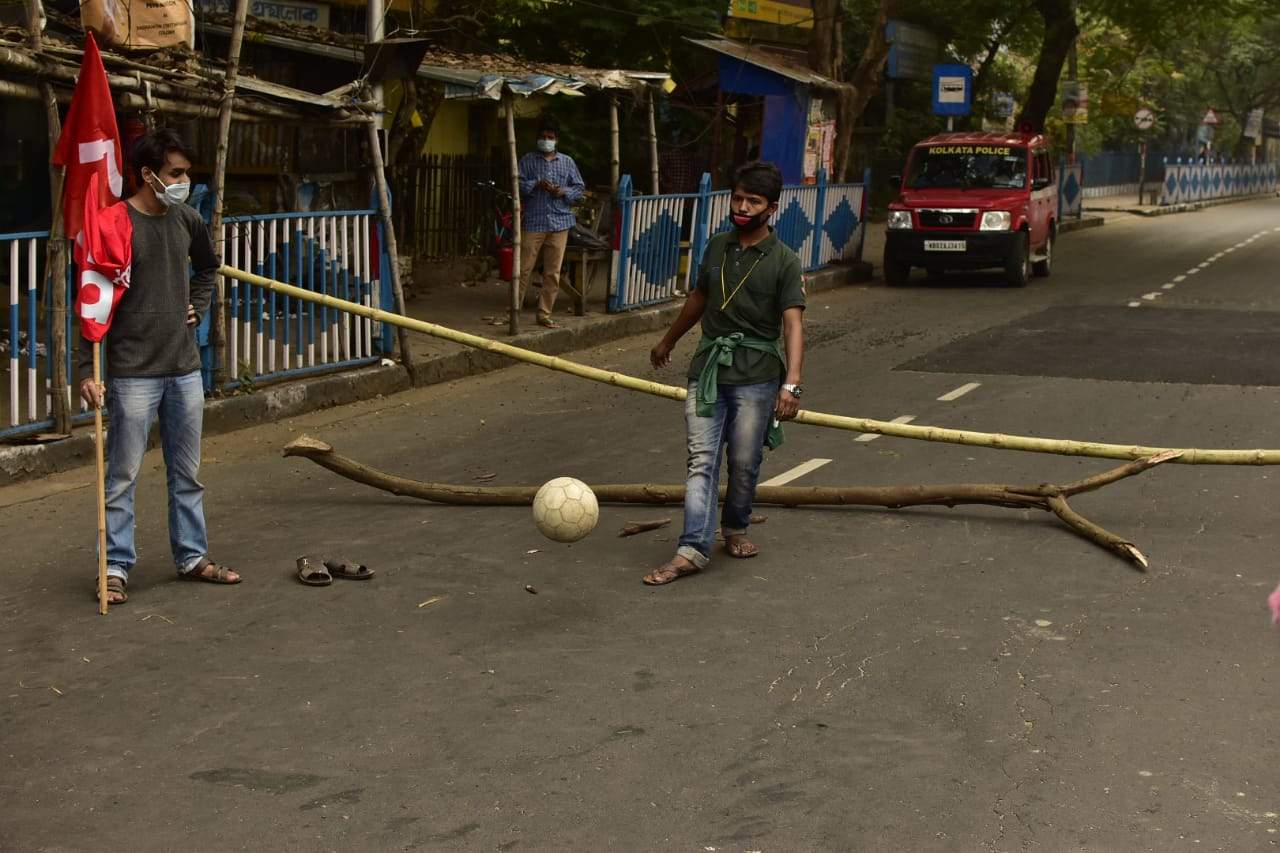 "The BJP government allowed the conduct of an election in Bihar where rallies had no social distancing. They did not intervene to regulate the crowd gatherings for festivals. But they are cracking down on the protest by workers farmers students. The solution of labour laws, anti-farmer bills and suicides of students are something we hold the government to account for no matter what they do using their powers illegally," said SFI Delhi President Pritish Menon.