Two woke girls: How this all-women start-up in Ladakh is trying to reviving the lost art of handlooms

The women of Changthang were trained in the basics of weaving but had no major employment. Sonam and Minglak gave these women profitable employment

Ladakh is one of the largest exporters of pashmina but as a raw ingredient, not as finished products. It's not that Ladakhis do not know how to spin and weave but there was not much employment in the sector. Lena, a slow-textile label is changing that. Set up by Sonam Angmo (31) and Stanzin Minglak (32), Lena is reviving the Ladakhi art or weaving and even colouring. 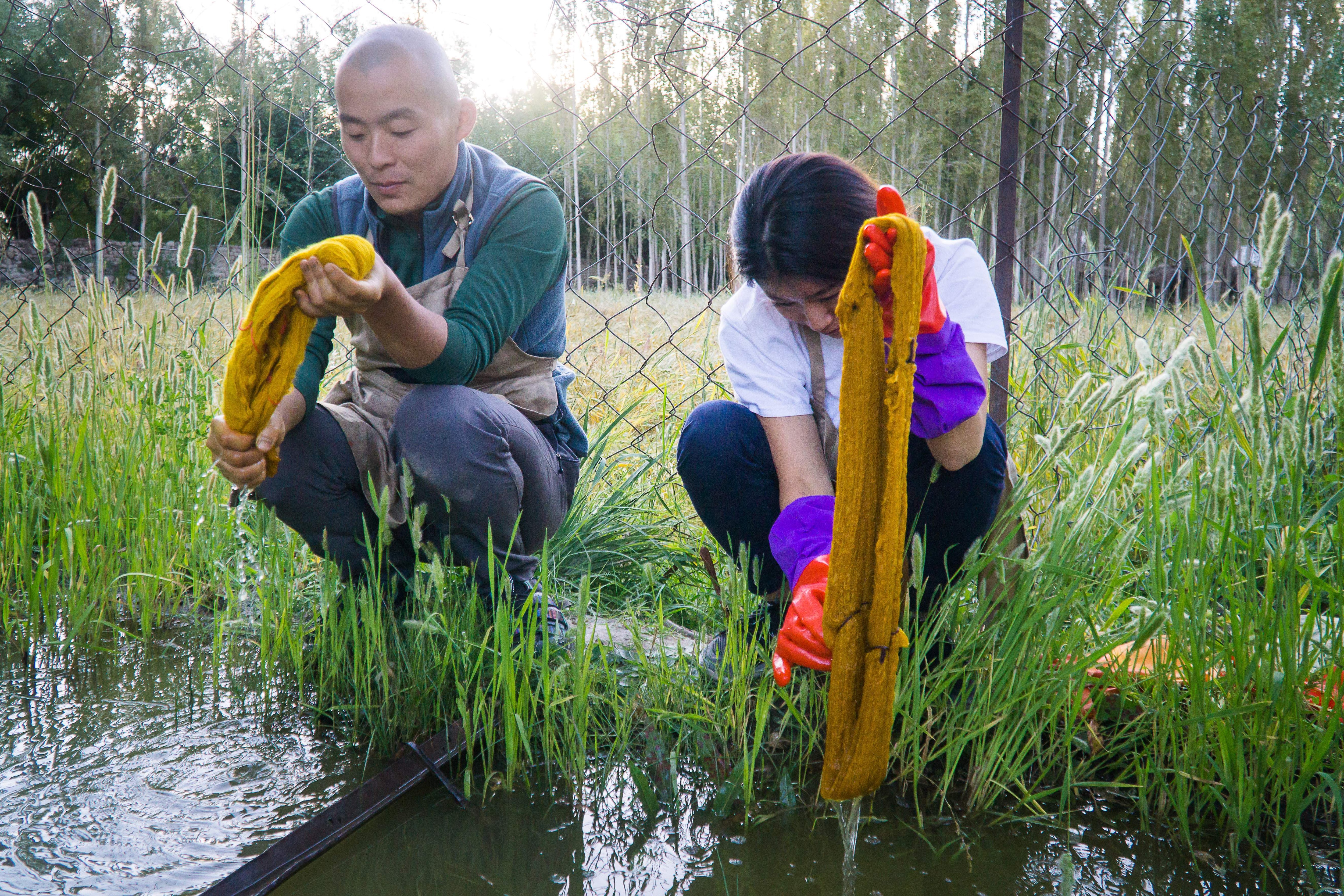 Even though Minglak and Sonam were both born and brought up in Ladakh, they only met in Delhi during their college days. While Sonam completed her Masters in Biotechnology from Delhi University, Minglak completed her graduation in Environmental Sciences From Delhi University and then went on to pursue her Masters from Pune University. Her thesis was on the migration of the Changpas — the residents of Changthang, the major suppliers of raw pashmina. "I was contemplating what to do after my Masters when my father, an employee of the Handloom Department in Ladakh asked me to think of a career in textiles. I was apprehensive at first. I did not know anything about a business and had reservations of my own. But then, with Minglak I went and met the artisans and weavers and built our network from scratch," said Sonam.

Minglak's father was also a Superintendent at the Handloom Department and helped the young women with the basic knowhow of the trade. "A lot of women take basic training from the Handloom Department on weaving but then there isn't much scope in this profession," said Minglak. "Our textiles are a little different in look and feel as well. The pashmina that is more popular is from Kashmir and is thinner. The Ladakhi pashmina is thicker and is often mistaken by laymen as wool. We use fly-shuttle looms and are trying to save the art of handlooms in the age of machines. We also use natural colours and customise our products according to demands," she added. From the spinning to weaving to colouring, every minute part of the process is done by hand and in a sustainable and ecofriendly way, said the duo. 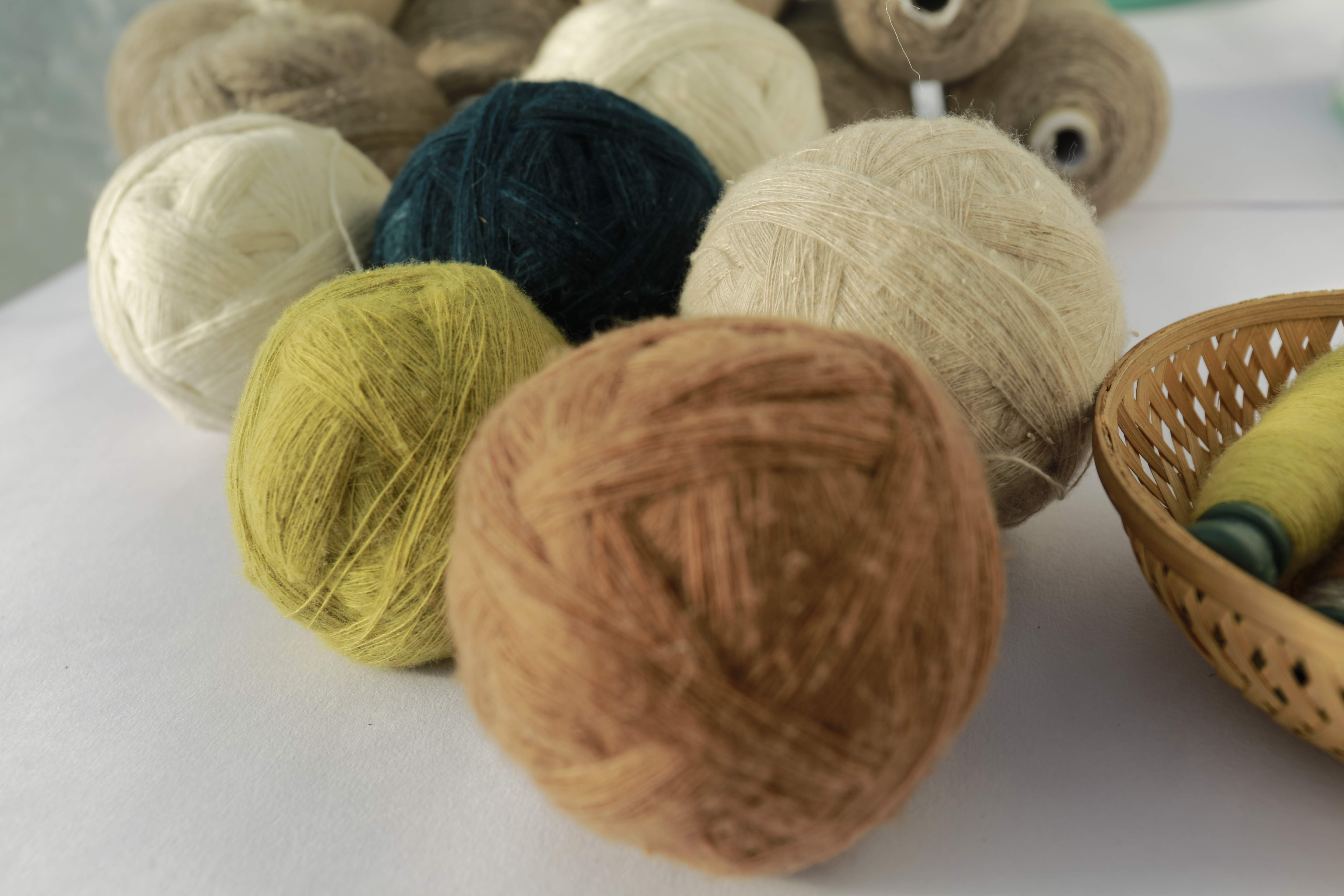 The women of the communities in Changthang might have been trained in the basics of weaving, but they had no major employment. Sonam and Minglak not only revived the art of hand spinning with a willow spindle and weaving in handlooms, but they also gave these women profitable employment. "There was a time when some communities here did not let the women touch the looms. With time the dynamics changed and men shifted to cities in search of better jobs with higher income. We hadn't planned to come up with a women-only setup. It so happened that women were ready to work and we saw an opportunity to help the communities. We raised our seed capital from a government scheme for start-ups but could produce only 70 pieces of garments from the initial Rs 28 lakhs. Over the years we set up the network that we now have," added Sonam. Lena does not only produce shawls and scarves but hats and beanies made of pashmina as well.

You can find Lena's product on their Instagram and Facebook page and they deliver all across the world. "The deliveries were stopped owing to various restrictions in different countries. We will resume global deliveries soon. Our website will also be live soon. We have been doing physical sales from our outlet in Leh market and our studio just off the city," said Sonam