#DeclareGujExams: Why these Gujarat aspirants are storming Twitter for their exam results

With the world locked up at home, protests too have taken a different route. Not placards and pamphlets, but hashtags drive the message home. One such hashtag that was trending last week was #declaregujexams. Government job aspirants who had been waiting for results for almost half a decade but have not received any proper communication from the government took to the microblogging site to organise a Twitter protest. More than 4.5 lakh tweets have come in this week in support of the students with the hashtag #declaregujexams.

The issue of students suffering due to stalled recruitments has been a perennial problem for India for a long time. These candidates struggle to prepare and sit for the competitive exams but even after clearing the exams they often do not get appointed for years.

Take the example of Nirav Joshi. Hailing from Lunawada, Mahisagar in Gujarat, he is a Master's in Engineering (Power System) and has cleared the Gujarat Public Service Commission (GPSC) exam that gives him the opportunity to be appointed in government degree engineering colleges and polytechnic colleges across the state. But this entire process took five years and he has not got his appointment letter yet. "The advertisement came out in late 2015 and the exam was conducted in 2016. The results came out three years later and we were called for an interview last year. It's been a year since then and the government has not said anything concrete," said Nirav, who has been in Ahmedabad with thousands of other such aspirants for years now. The father of a nine-month-old daughter, Nirav, is struggling to make ends meet since he had to quit his job as a teacher at a private engineering college after he cleared the exam. "Last August, I had to resign as I had cleared this exam and they wanted to recruit someone else in my place as I would eventually quit. Since then I have been teaching engineering students but the COVID crisis took that away from me as well. I have been making regular trips to the government departments and have also cleared the ITI instructor's exam in the meanwhile but the that too met the same fate," said Nirav, who moved to his hometown after the lockdown was declared.

After Nirav got selected and sat for the interview in March 2019, he was told there was a stay order on the recruitment as the ad-hoc teachers at the colleges had moved the court. "The government had been appointing ad-hoc teachers for the past 10 years. Their contract would be renewed every 11 months. When the government sought to recruit us through the GPSC exam, they moved the court saying that the government should absorb them and make them permanent staff as well," said Nirav. "We were told the government process would take a lot of time so we could context the case as well. A total of 377 of us hired a lawyer and spent Rs 11 lakh to get the stay removed ultimately," said Nirav. But the solution was miles away. 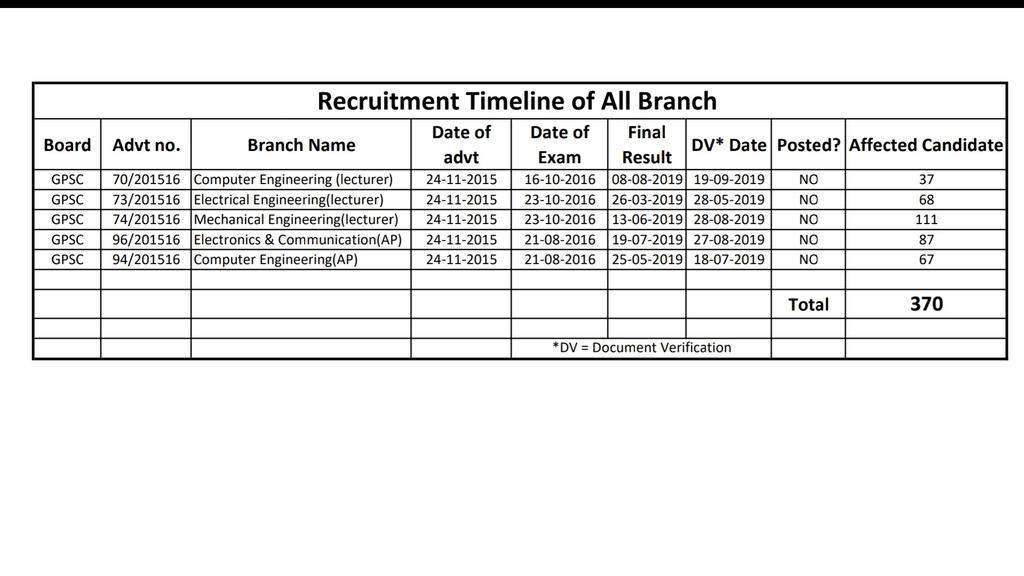 Two days before the verdict the government declared that they need to recalculate the intake of teachers as there has been a massive drop in the number of students. "The verdict was declared on January 10, 2020. And on January 8, they issued a Government Regulation saying that the intake needs to be recalculated. Three months went in sorting that out and now the COVID crisis has brought everything to a standstill," said Nirav, who is now helping his students via video chats and online material.

But this is just a fraction of the story. There are 4000 applicants in the Teachers' Eligibility Test 1 and 6000 in TET 2, along with around 4000 for the Non-Secretariat Clerk (Binsachivalay), more than 1800 for Junior Clerk, and thousands more in various other posts awaiting results or appointment. "In Gujarat, the situation for competitive exams is ridiculous. Candidates can't get a job till five years after being selected. Every other government competitive exams recruitment paper gets leaked. Recently, on the day of the Binsachivalay Clerk exam in November, the paper was leaked on social media but the Gujarat government denied it," said Dhaval Maru, one of the forerunners of the protest and campaign. "After protests from students, the Chief Minister said that the exam will be scrapped and reconvened. But nothing has happened in the past five months. The Gujarat Urja Vikas Nigam — the Electricity Board — advertised for the post of a Junior Assistant in 2017, took Rs 500 as registration fees from the applicants and got them registered. But in 2018, they came up with separate regions for the board and asked the applicants to register again. In 2019, they announced that the earlier notification stood cancelled. They published a revised notification in January this year with criteria changes — graduates are not eligible," added Dhaval.

That was a shocker that they never saw coming.

Kunal Desai (name changed), an Electrical Engineer who graduated in 2016, has been attempting to crack government service exams for four years and he cleared a few as well. "The job I have got is for a Class III staff. The appointment letter has not come yet and I can understand that delay — there is a genuine issue. Due to Corona, there is lack of work. There is no point appointing more people. But the problem is with the delay the government exams go through in the first place. It takes years to get the results out. That needs to change," he added. 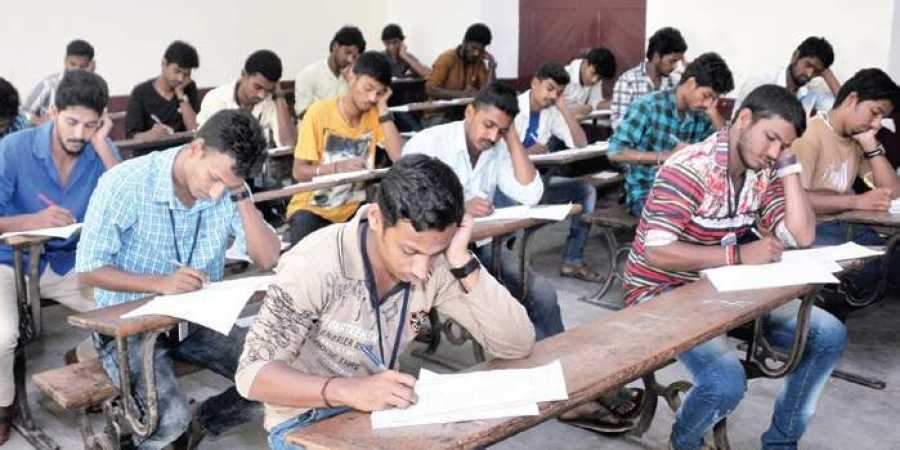 Even students have joined the movement. For their own reasons, of course. Meet Patel, President of Student Union Council Gujarat, had joined the movement because, in addition to recruitment issues, he wanted to highlight that the students are stressed that the government has not announced a date for the upcoming exams. "The universities should let us know when they plan to take the exams. Then we can prepare accordingly. They have not said anything since the lockdown started and this has put us in pressure. We are confused and do not know what to do. Do we get back home? Stay here in the cities? we have no ides," said Meet, a student of Gujarat Arts and Commerce College.