Due to the limited availability of affordable hostels for students in colleges and universities, students are more often than not compelled to opt for rented accommodations

The Student Tenants' Union Delhi (STUD), a student-led group formed for and by students living in rented accommodations in Delhi, has called for an online protest on Twitter on May 19 with hashtags #NoRentFromStudents and #NoIncomeNoRent. Students have been complaining that they are being threatened to pay rent even during the lockdown when they are not staying there.

Due to the limited availability of affordable hostels for students in colleges and universities, students are more often than not compelled to opt for rented accommodations, which also end up being the major chunk of their educational expenses. "Our aim is to provide a space for such students to voice their concerns regarding tenancy and rent. We seek to unionise and collectively fight for our rights and make each other aware of the existing tenancy laws pertaining to students," said Varkey Parakkal, one of the members of STUD. "In the face of rampant discrimination from landlords based on social location, religion, gender, caste, region, besides moral policing, unjust curfew timings, surveillance, threats of eviction and other related problems, which have been aggravated in the present situation of the coronavirus crisis and the resulting lock-down, we endeavour to come together in order to protect our rights and fight against any such injustice," said Varkey, who is also a member of Students' Federation of India's (SFI) Delhi State Committee. 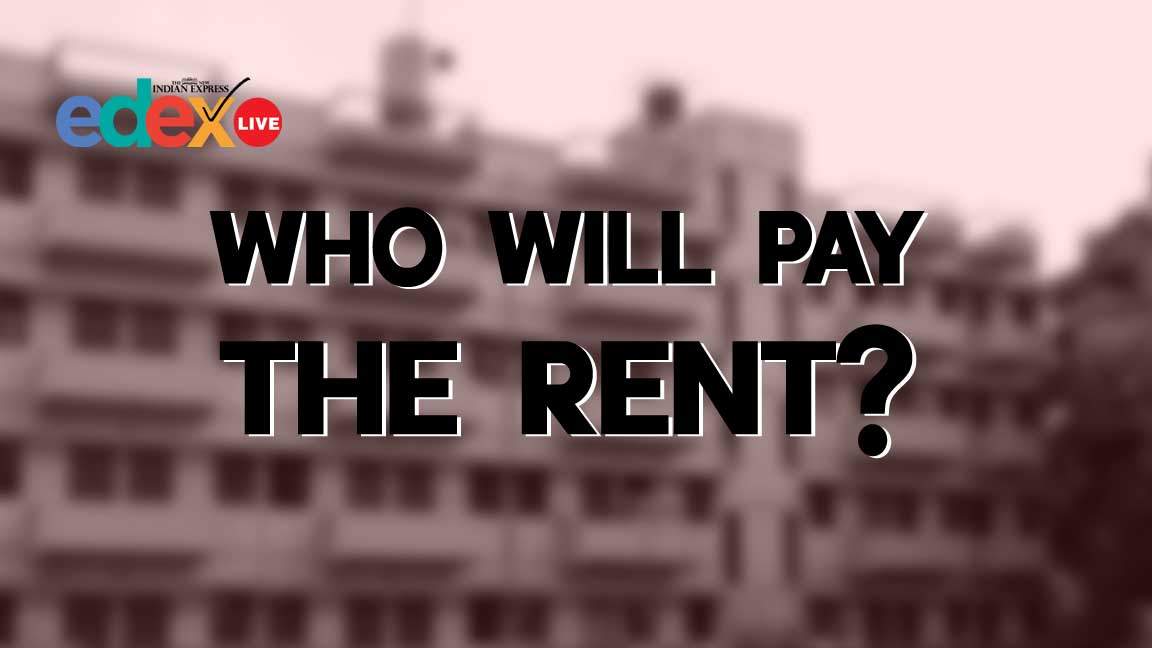 In a survey of 1,069 students in Delhi, conducted by STUD, 69.3 per cent students said that they are being forced to pay rent during the lockdown. "A total of 28.1 per cent said that they are being threatened with eviction for non-payment of rent — 34.3 per cent of these students are being threatened with forfeiture of their security deposit for not being able to pay rent immediately. A vast majority of these students, 93.5 per cent precisely, depend on their family incomes to fund their educational expenses, including the expense on rent," said Kriti Roy, an active member of the union. "Another 8.8 per cent are having to work part-time in Delhi to fund their expenses on college and rent. A total of 56.7 per cent students responded saying that they cannot afford to pay rent during this time and 19.3 per cent students said that they are at the risk of dropping out from their colleges and universities if they are asked to pay the full rent for all the months within the period of lockdown after the lockdown is lifted. These numbers are disappointing and yet not surprising, given the number of distress calls we have been receiving from students on a daily basis," she added.

The STUD has urged the student community time and again to raise their voices against the "harassment and ill-treatment meted out to them by their landlords" and to be "united in their struggle". Within a month of its formation, the Union claims to have handled more than 50 such cases and has directly affected more than 300 student tenants whose grievances have either been redressed or are in the process of redressal due to the union's intervention. "Most importantly, a police complaint was filed by us on behalf of the students of one PG in the North Campus of Delhi University who were facing serious eviction threats from their landlord. We have intervened and called many other landlords and have negotiated with them to uphold the interests of the student tenants in these trying times. We intend to carry this struggle forward in the future as well," said a statement from the union. 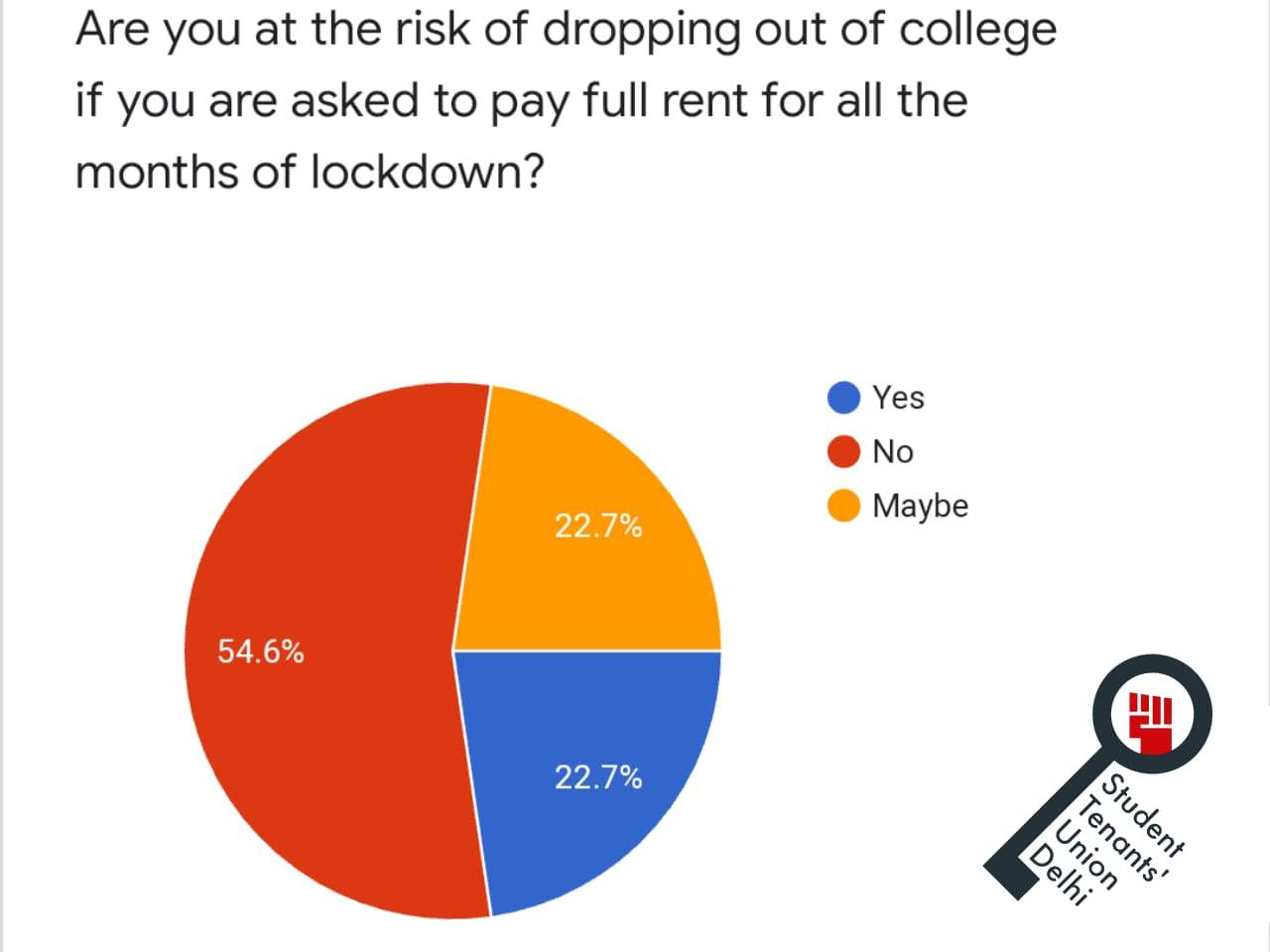 The Union has written letters to the Chief Ministers and Executive Officers of all states/UTs of the country to financially help the students of their home-states who are currently being unable to pay rent and are at the verge of dropping out from their institutions due to the lack of money. "We have received positive responses from the Governments of Kerala, Sikkim, Karnataka, and Chandigarh, Manipur and a few others at the moment. Two letters with demands of rent waiver and compensation for the landlords by the government have also been sent to the Ministry of Human Resource Development and to the Ministry of Home Affairs, besides two letters to the Government of the NCT of Delhi," said Varkey. "We also plan to file a PIL in the Delhi High Court to push for a complete rent waiver for student tenants, as promised earlier by the Government of Delhi for the duration of the period of the nationwide lockdown. In case our demands are not met, we'd be left with no choice but to move for a state-wide rent strike and non-cooperation with the landlords and with the government," he added.