India is home to me as much as it is to any Indian: Why students with OCI cards feel betrayed being left out of Vande Bharat Mission

The students also complained that the Indian High Commission in London and in the USA did not help them when they were approached with the issue, because their hands were tied

Sutirth Patil* is a foundation diploma student at University of the Arts London and he has been stranded in London since the world shut down after the Coronavirus pandemic struck. While other Indian students can travel back to India, thanks to the Vande Bharat initiative, Sutirth will have to stay put as he is an Overseas Citizen of India (OCI) cardholder. The regulations issued by the Modi government in April and in the first week of May, along with visas of foreign nationals, OCI cards — that provide visa-free travel privileges to those of Indian-origin — have also been suspended. As the visas and entry of OCI cardholders remain suspended, the students across the world who hold OCI cards are stressed and feel betrayed that the Indian government has left them hanging.

When travel restrictions were announced, Sutirth did not even get a chance to pack his bags and go back to Bangalore, the city he grew up in. "I don't have any other home to go to. It has been just a little more than eight months since I left India to study in London. My university stopped all physical classes now, and I had to vacate my hostel. My student visa will end soon. I want to go back home to Bangalore," said the 18-year-old.

Sneha Menon*, like Sutirth, travelled to the UK in September 2019 to start her undergraduate degree at Imperial College London. "Immediately after my college announced its closure, accommodation halls began rapidly emptying as students went back home. However, as OCI holders had been barred from returning, I had no option but to remain in a nearly empty hall," she said.

She contacted the Indian High Commission in London to obtain an emergency visa for travel back home, but she claims she received no help. To make matters worse, the distressed teenager who had caught a cold a few days later, was made to self-isolate. With absolutely no support system, friends or family to fall back on, this was a stressful period for the teenager. "Eventually, I managed to fly to the US to stay with a relative, for which I count myself lucky. However, having lived in India for the greater part of my life, India is home to me as much as it is to an Indian citizen. And just as any Indian citizen wishes for the comfort of home and family, so do I. I can only hope that the government reviews its policy on OCI holders based in India and appeal to them to include us in their repatriation plans," Sneha added. 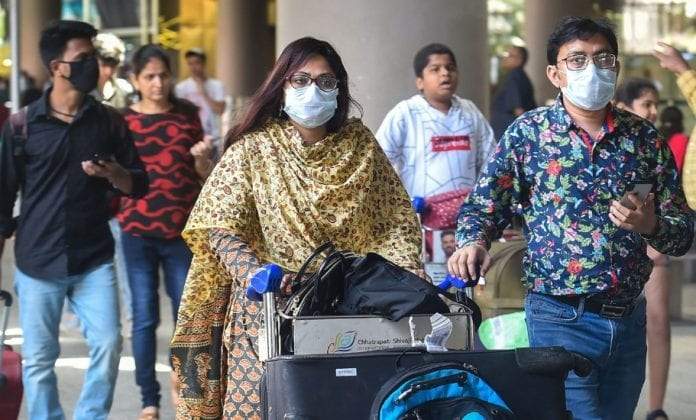 Students in the USA have the same problem. Aditi Johar* left India in August 2019 for her undergraduate studies at the New York University and is now stranded in New Jersey. She has always planned to go back after finishing her education. "I think there was definitely a feeling of anxiety among the students as we saw countries going to lockdown but for the longest time, we thought that it would be a major problem in New York. As of now, I am pretty lucky to have a comfortable living situation, even though I am staying with distant relatives," she added.

One of her friends who go to the same university had to pack his bags and flew out the day he heard about the travel restrictions for OCIs — well before the university announced that they were going online for the semester. Although she considers herself lucky to have food and shelter — which a lot of people are not fortunate to have right now — it’s very stressful in its own way. "I am not in a situation where I can be at home to help my parents when they need me, I don’t really have anyone to talk to when I am going through stressful situations. While it isn’t unbearable, both the uncertainty of when you’ll see your loved ones and whether you will is something that lingers," she added. 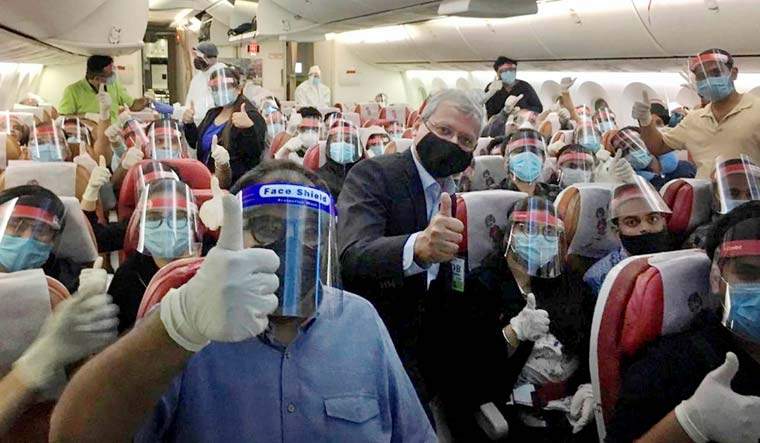 She also feels that there is a good probability that if she travels on any flight she could possibly contract the virus. "More importantly, however, having been in New York and New Jersey for the past four months, I don’t want to end up being a carrier and causing more pain and suffering to those back home. Yet Bangalore is still my home, it’s the city where I have spent most of my life. It’s stressful not be home when almost everyone you know has that luxury and support system. For me and a lot of my friends (some of whom are also in the UK) it feels more like we’re living on the goodwill of others," said the 18-year-old.

Kuntal Bannerjee*, another student who has lived in India since he was a young child, is currently stranded in California. His course at SOAS University of London started in September 2019, and he has been abroad for less than six months when the news of the Coronavirus pandemic first broke. "By the time it became clear how serious the situation was and my university closed in March, OCI holders had already been suspended from entering India — with a mere 24 hours notice. My efforts to get an emergency visa for travel back home from the Indian High Commission in London proved futile, as the High Commission was completely unresponsive. I thus had no way of entering India and returning home before the imposition of the national lockdown on March 22," Kuntal said. "I am currently staying with an old acquaintance of my parents who were kind enough to welcome me. I was quite sick with feverish symptoms at one point in March, I could not access any COVID-19 testing facilities, and that was a particularly distressing and difficult time to navigate through alone away from my family and support system," said the young student.

While the Indian consulate in San Francisco has been very helpful, there is little they could do for OCI students unless the Indian government changes its stance, said Kuntal. "Our plight is no different from the struggles being faced by Indian students who hold Indian passports — India is home for all us. Yes, air travel at this point of time may be a risk but we are ready of course to take all precautionary measures and undergo the mandatory quarantine period upon arrival in India," he added.