An alumnus from the College of Engineering in Thiruvananthapuram sparked a storm of sorts when she shared her experiences with slut shaming and body shaming from the institution. In the midst of leaked conversations from the closed doors of 'Bois Locker Rooms', university students waited in suspense as more classmates began sharing their experiences. The CET unit of Mathrukam, the women's wing of the SFI, felt a strong urge to support the brave voices coming forward, so they offered their social media spaces as a platform for those who had more to share.

They set up a questionnaire asking people one question each day, starting with: Are all men's chat groups 'locker rooms' in one way or the other?' which was posted on May 6. Students can respond through a google document link that they have made available or through direct messages. Haifa M, a Mathrukam committee member says, "We go through the responses and regardless of what opinion people hold, we select those that seem most relevant and share it on the page. All of this began because everything was shrouded under secrecy. We want people to openly see what our friends and classmates are thinking." 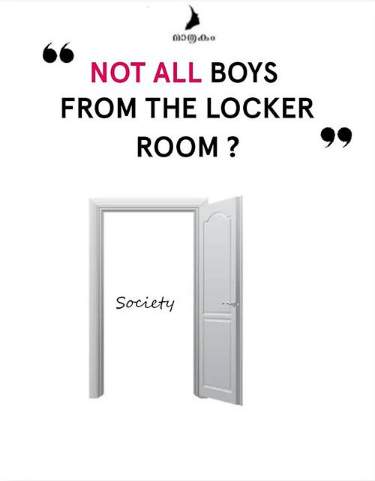 SAFE SPACE: They set up a questionnaire asking people one question each day

The group's initiative was received with a strong flow of responses. Many boys concurred that most groups that are not made for a dedicated purpose such as a sports group or one made for a project are basically breeding grounds for toxic conversations. The group reveals that multiple male students from the college had faced personal attacks for defending a classmate who was targeted on such forums. A lot of people oppose the very idea of the question, saying that it was a private space created by a few individuals and should not be discussed in this manner.

Haifa says, "Many people feel comfortable because it is an anonymous platform. A lot of people don't feel safe sharing their identity in such an environment, so it has allowed them to speak out. So far, there have been no personal attacks. We do not encourage those posts that address people by their name or carry an agenda of any sort. This platform is strictly to share opinions. Our plan is to share these thoughts first and conclude it with our take on all of this." One question they plan in the coming posts to ask is about the concept of a girls locker room and whether backlash for speaking the same language is really going to solve the issue.

"I guess everyone knew in the back of their mind that this was the environment in our colleges and schools. But it had become normalised a long time ago.We all know about it but never thought to question it. Now that this issue has finally sparked some long-awaited outrage, it has given a lot of confidence to people who have had to deal with these things. We should use this opportunity to completely undo the conditions that promote such behavior."