These Manipur University research scholars have been staying on campus and produced 21,250 sanitiser bottles in a month

The hand sanitisers are being used not only by the government departments and the health officials, but sanitation workers and common people in the rural areas as well

While the nation fights the Coronavirus pandemic, researchers are trying their best to help. Researchers from Manipur University have made 21,250 bottles of hand sanitisers across the state in the past month to keep the people safe. The state had one of the lowest number of cases — there were two reported cases, both of whom have recovered. 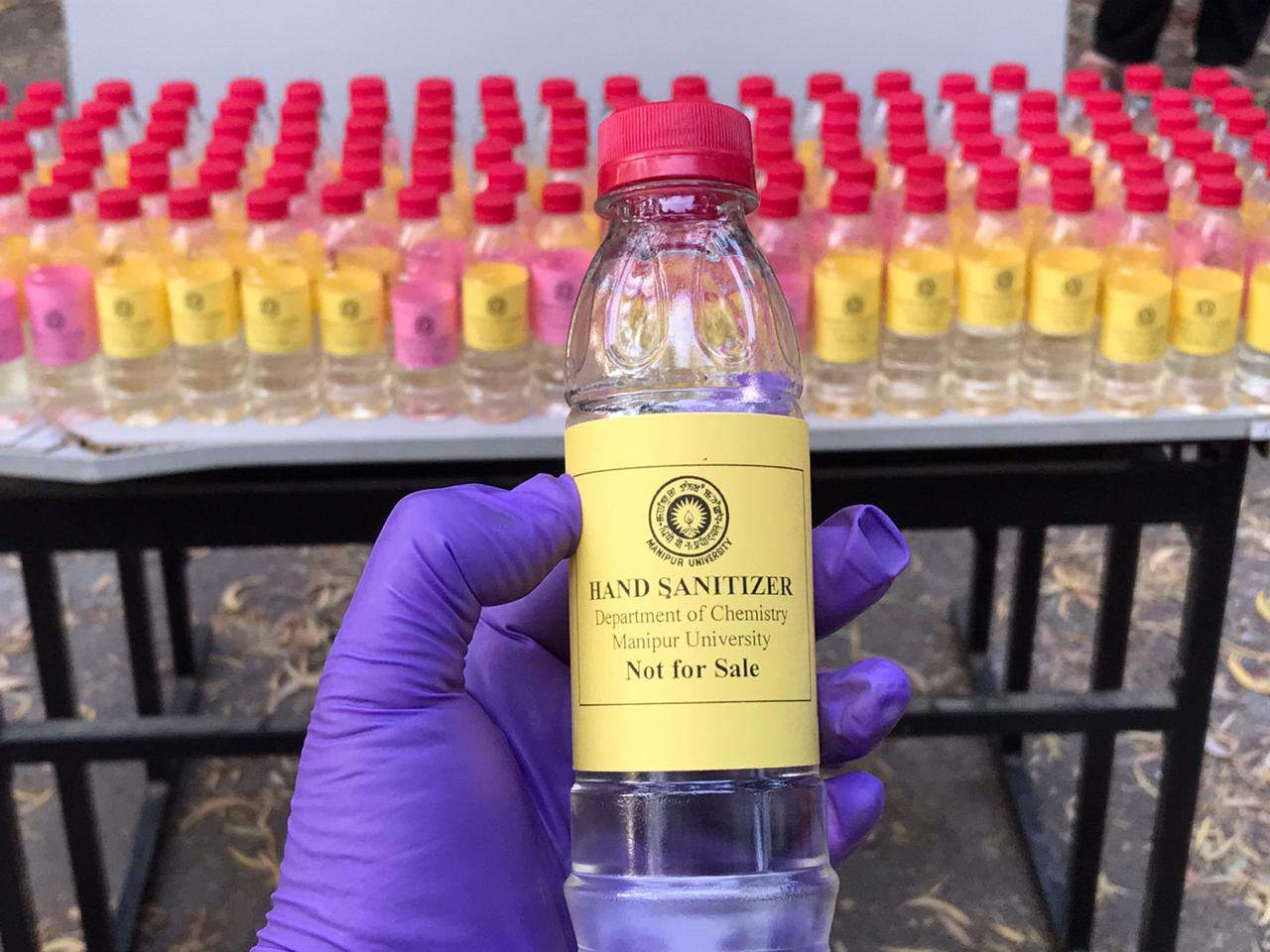 A total of 18 students — 12 research scholars and six MSc students of the Department of Chemistry at the university have not been home for over a month. They have been staying at the university guest house and making had sanitisers for the state that had no companies that produce the product before the pandemic struck. "We took two days to come up with the final solution and by March 19 we were producing in bulk. Each of the bottles have 100ml of the solution. We put up the update on our website and it caught the Chief Minister's eyes. He called us for a meeting and gave us a fund of Rs 10 lakh to start off the project. Until April 22, we had made 21,250 bottles of the sanitisers, " said Kshetrimayum Sangeeta Devi, a Research Scholar at the varsity.

The hand sanitisers are being used not only by the government departments and the health officials, but sanitation workers and common people in the rural areas as well, said Sangeeta. "We started large scale production as soon as we got the funds and we were producing around 530 bottles per day. We have had help from our department and our Vice-Chancellor in this regard," said Sangeeta, who is also the State Executive Council Member, ABVP Manipur. 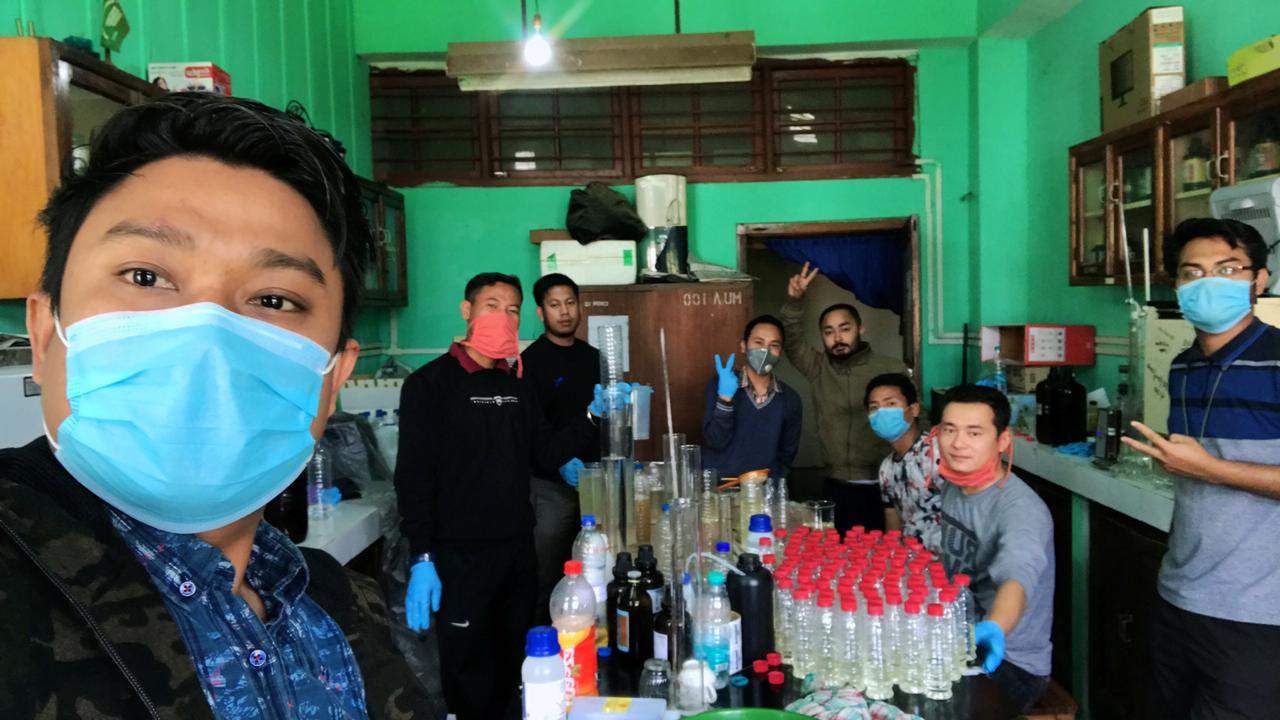 But the journey was not smooth. The stock of absolute alcohol — 99.9 per cent pure solution got over and they had to look for alternatives. "The Government of India had ordered distilleries to produce alcohol that can be used for sanitisers. This alcohol is produced from sugarcane and is 96 per cent pure. We are working with that now," said Sangeeta. "The alcohol was being made by a firm in Assam and a distillery in Manipur bought it. But since there was no way to get it delivered to a lab, we had to go and get it. We travelled 10 kms to get to the pickup spot and since we needed around 1,500 litres of it, we had to make several trips on a pick up truck," she added.

The students had arranged the alcohol on credit as they ran out of the Rs 10 lakh fund and are waiting for the next installment. "The government officials are busy bringing the workers back home, but they have assured us that they will release the funds as soon as they can," said the researcher. But until then, the production has been stopped. 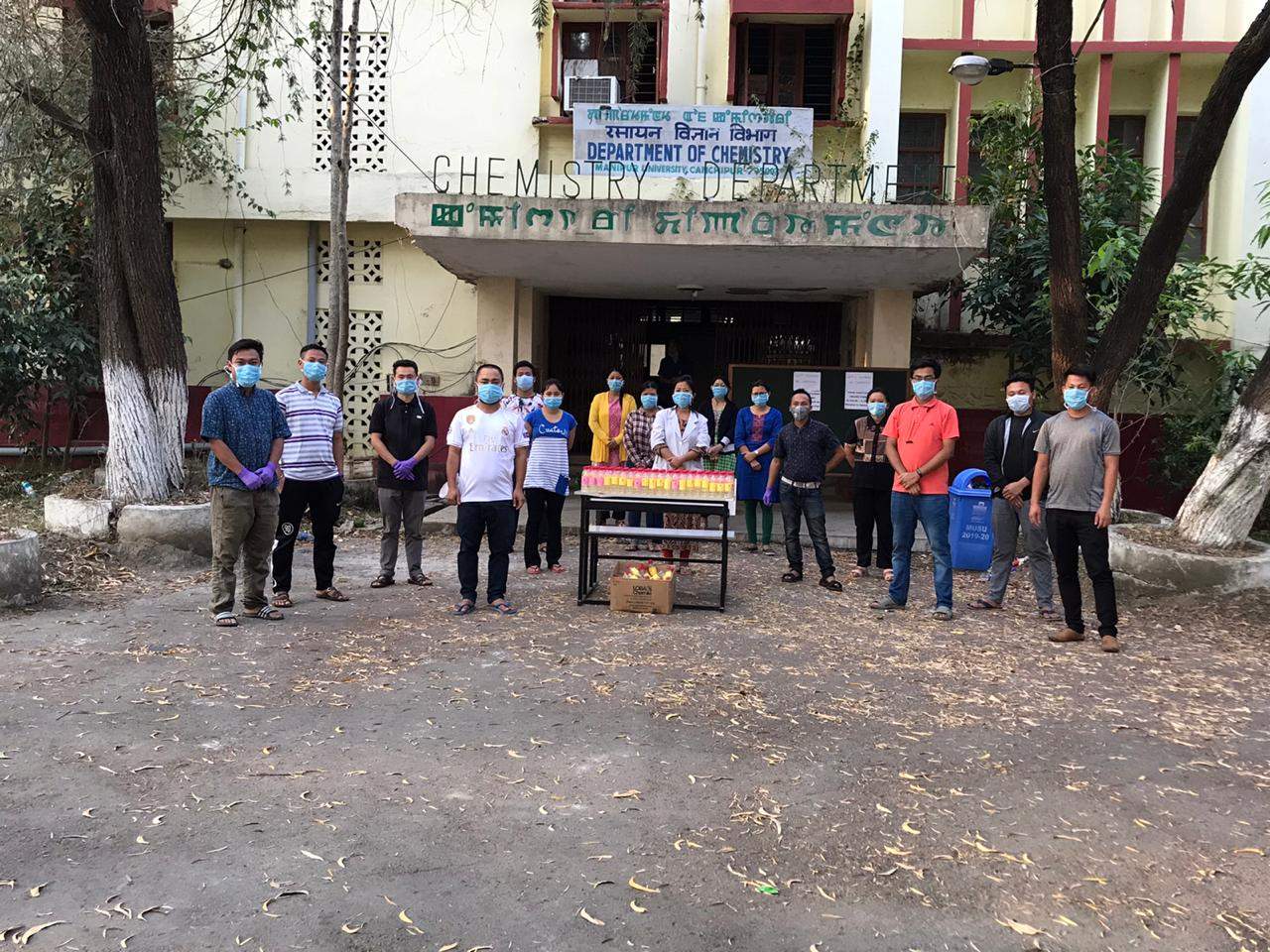 After these students started making hand sanitisers, some local companies in the state came up with their own products as well. But people do not seem to like those. "People told us that there is a lot of difference between what we made and what these firms are making and they would prefer ours," added Sangeeta.