I'm not a neta. The only Neta is Bose: Why LSE grad Pushpam Priya Choudhary entered Indian politics

She has made quite a stir with her announcement to contest the Bihar Elections 2020. The biggies of politics have sat up and taken notice of this young woman

Even though Pushpam Priya Choudhary is all over Twitter, Instagram and Facebook as the London School of Economics grad who wants to take on politics in Bihar, it has been really difficult to track her down for some answers we all were waiting for. (No, it's not about who is behind her or whether politics is the right career.)

As far as her academic embellishments go, she completed her Masters in Development Studies from the University of Sussex and one in Public Administration from the London School of Economics. She also holds an MBA from when she studied in India. With a little bit of luck, a lot of social media research and tons of emails to people who might know her we finally caught up with the rising star whose party is called Plurals.

Here's an excerpt from her first-ever interaction with Indian media:

Policy-making and its proper implementation has not been a strong suit for Indian lawmakers and bureaucrats. What needs to change? We make policies that are never implemented. What can be done to make the execution better? Your suggestion as an academic.

(These are) Suggestions as an academic, hence lengthy. You are absolutely right. What needs to change, you ask. Everything! From policy formulation to its implementation and monitoring. First and foremost, we need an urgent shift from “things” to “people”. Then, the most important actors (after people, undoubtedly) in policymaking are the representatives, the politicians. We require politicians who have the empathy to understand the problems of people and morality to treat the problem of every individual as a goal in itself. It does not really matter where these politicians come from, but what is non-negotiable is that they understand the problem and not just know about it. Politicians ‘look’ at the problems that are there everywhere but they do not ‘see’ it. There is a huge difference between them. Politicians are driven by all the wrong reasons today. The meaning of accountability, therefore, is very twisted in the party-candidate-voter allegiance. The meaning of power has also taken an absurd shape in politics. Representatives today have become power hoarders — what I have termed “power lords” in the context of Bihar. This twisted sense of accountability, therefore, leads to highly inefficient policy-making. Why will they formulate the right policies if they are not accountable to people? Moreover, when they are they are not accountable for the right reasons. 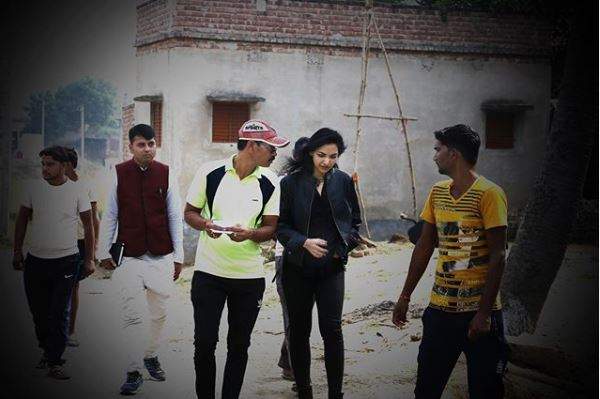 Thirdly, knowledge is indispensable to fix these issues. Today, politicians are highly unqualified. Honestly, it would not matter, if they possessed the aforementioned quality of empathy, because knowledge of other experts can be used to fix the complex problems of our people. But a combination of the lack of both is dangerous and one of the biggest reasons for the failure of policymaking. Fourth, we lack strong institutions. Institutions have been either ignored or intentionally made weak so that the power stays under the control of the supreme leader. That needs to change. Institutions need to be strengthened so that policies are both better formulated and then better implemented. Moreover, the pseudo-decentralisation need to be given real administrative and financial power to promote effective governance. It will also make the leaders at the lowest tier more accountable and give people an opportunity to open dialogue and hence encourage active participation. This was the intended goal of decentralisation after all. And there are many countries in the world that effectively function only due to the real transfer of financial and administrative power to these lower tiers.

Furthermore, apart from democratic institutions our country has strong informal institutions and policymaking must not ignore their influence on the democratic processes. These currently are not even considered while making a policy which ultimately leads to policy failures as informal institutions can work both as enablers or barriers to implementation of policymaking. To add, policies are mostly copied from other places where they have worked. A copy-paste formula will inevitably be prone to failure, as geographical contexts are very different from one another. The fifth, bureaucratic system continues to be the same since independence. 73 years later we need a restructure that will enable bureaucrats to work more independently and will also enable politicians to monitor and sanction them. The lawmakers cannot make policies by isolating the people who are the main beneficiaries of policies. These above factors combined lead to ‘Band-Aid’ policies which are not potent enough to solve the root of the problems, and thus problems persist and become worse. Sixth, once policies are formulated they are never revisited and therefore there is no scope of improvement. Lack of strong institutions makes monitoring a far-fetched dream.  Another important aspect that is absent from Indian policymaking is assessment, criticism and feedback from those people who are the beneficiaries of policy for improvement. In the absence of all these factors just throwing any policy at people is futile. We need an absolute behavioural and structural shift in policymaking to solve issues permanently. That is the only way forward. Policies today are for elections, the nucleus of policies — “the people” are absent from it.

The Indian aam aadmi has been blamed for not voting for the work but the slogans. But do you think that has changed and this is the age of the wise voter?

Yes, absolutely. Not in the context of any particular party, but in general, I would like to say that it is a general belief that voters are easily manipulated by politicians. But that is not entirely true. Indian voters have never lost their hope despite being betrayed many times. This quality needs to be appreciated and not criticised. Moreover, this is not exclusive to India, developing as well as developed countries have very similar voting patterns, if not same. However, in developed countries, voters are more informed, and here we are less informed (thanks to our politicians). As literacy increases, the bargaining power of people will change, and thus, this will change too. But if you assess many past elections carefully, voters generally chose the best of what they are presented and have wisely sanctioned some very popular parties too. Former JNUSU President Kanhaiya (Kumar) seemed to have the same impact on people when he announced his candidature. Everyone loved him and there was a lot of hype around his electoral journey. Does his colossal failure say that we are not ready for educated netas yet?

I do not think that we are not ready for educated representatives. It has again a strong assumption that voters are unwise. Also, many factors influence an election. It should not be seen as an absolute failure of one and the success of another. Politics is about representation, what matters is that you are representing people and their interest, it is a process. Even when one does not get into office, the opposition plays a very important role in democracy. In the absence of which democracy has no value. So it will be premature to comment on the success and failures of people who have tried in the past. I would also like to add that people are the best judge of what they are doing and I appreciate their effort. It is not my place to make any personal comments. When I say positive politics, I stand by it.
Not related to this question, but personally, I refrain from calling anyone (even myself) a neta. To me, India only had one ‘Netaji’— our Netaji Subhas Chandra Bose. This title was given to him by brave soldiers of Azad Hind Fauj and even he very fiercely refused to accept this highest regard.

Bihar needs a face-lift. Why do you think they should trust you with the job?

Why not? Is there someone more capable and morally committed than me? I would like to know.

What was the one memory from childhood that has stayed with you and you feel was pivotal in your return to India?

This question is very personal. I am not sure if I should say it, but I will be honest. I met our incumbent Chief Minster for the first time when I was in Class 6. I have seen how people loved him and believed in him and as a kid, I was confused and amused at the same time. This hope was transferred to him in the form of power, by people. But now I know that not everyone realises that with power comes great responsibility. There are many other memories of my childhood that made me return. And I am here to stay.