DU hostel protests: Could hostel admin finally be sitting up and listening to the students?

Even though any formal dialogue is yet to start, there have been changes in the demeanour of the hostel staff and administration after the protests gained force, claim the students

The residents of the women's hostels of Delhi University who have been on a sit-in protest against the curfew timings and alleged discrimination at their hostels for eight days said that there has been no formal communication from the administration about the situation. The students are steadfast in their resolve to continue their protests until their demands are met.

Pallavi Raj, a postgraduate student of Political Science at the varsity said that there have been changes in the demeanour of the hostel staff and administration after the protests gained force. "There have been instances, in the past few days, where girls have been called and asked about the mess food and how it can be improved. They are taking notice but there has been no formal meeting or announcement to this effect yet," she said. Pallavi was also issued a notice that asked her to concentrate on studies after the protests started. But she dubbed it illegal and asked for proper show-cause notice. There has been no reply from the administration since. Pallavi, a resident of the North East Students' House for Women (NESHW) was issued the letter by the Provost of the house, Dr Rita Singh. We tried to contact Dr Singh but failed. The copy will be updated with her inputs as and when we receive them. 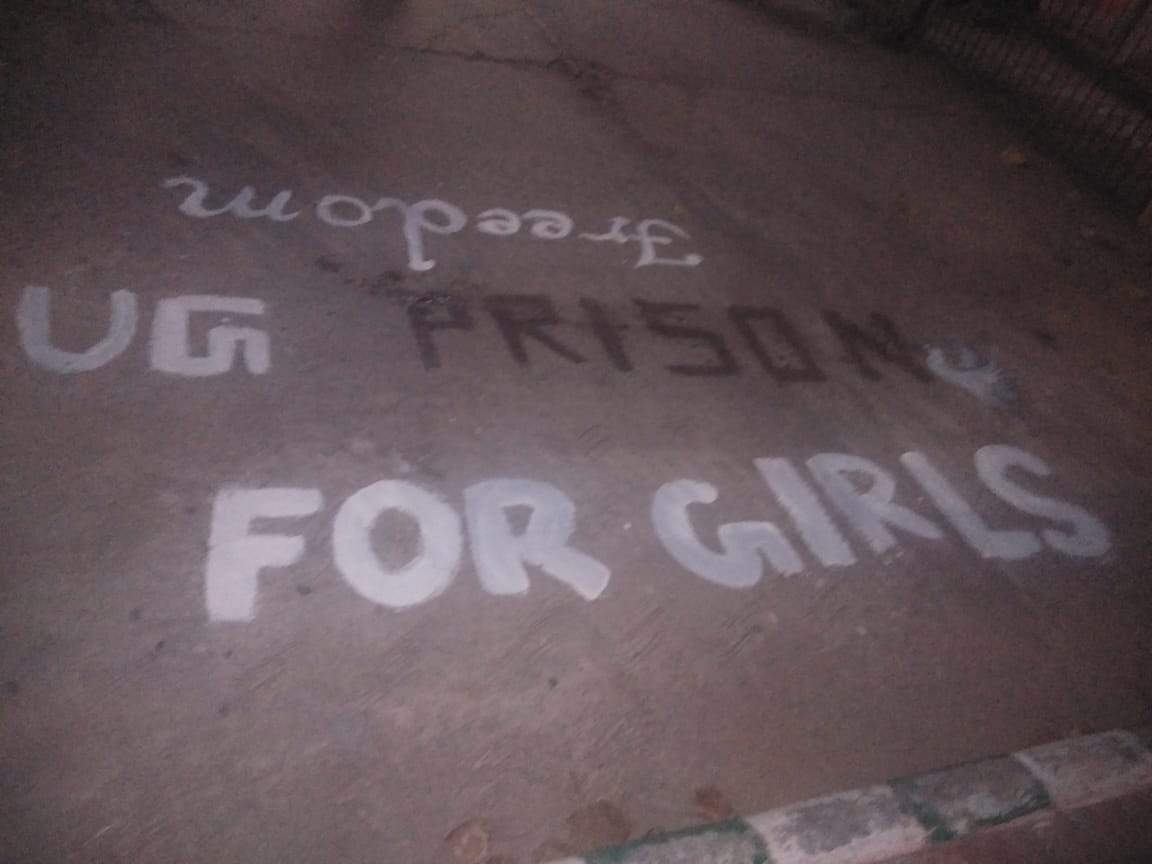 Two-days into the protest, the Provost of the Undergraduate Hostel for Girls (UGHG) had announced that she will extend the curfew timings to 10 pm from the previous 7.30 pm for UG students. But the protestors were not happy with that. They demanded the abolition of the curfew all together because the UGC norms say that there can be no discrimination between men and women students by calling it a safety issue. A second-year student at the varsity and a resident of the same hostel, Dewanshi, said that it's not just that that notice issued by the Provost is vague but the discussion with the students she mentions in the letter was only with a handful. "The notice does not say when the last out time is. There have been rumours going around that the out time is still 7.30 pm. That does not help at all. Moreover, on sports day, February 29, the Provost, Dr Rita Kakkar, asked students to come down to the mess for refreshments and coerced students to sign a declaration that says that our protest is disturbing them. None of the protestors was there because we thought we will boycott sports day," she added. Dr Kakkar has been unavailable and our questions, sent to her on WhatsApp, remain unanswered. This copy will be updated as and when we receive a response from the professor. But it is not just about the 'vague notices' either, said Dewanshi. "Whenever we protest or even submit a complaint peacefully it's not just that our grievances are not looked into, they warn us the next year when we apply for the hostel that we should not protest," she said. The women here have another complaint as well. At the end of each academic year, they have to be readmitted to the hostel and when they leave for their year-end break, they have to vacate the hostel rooms entirely. "No other hostel does this. We have to vacate the hostel and then when we come back we have to sit for an interview where we are asked whether we will protest or file complaints and suggestively advised against the idea," she added.

The girls in the UGHG hostel had complained, back in August about the quality of drinking water, inadequate water supply, poor quality of food, improper medical facilities and maintenance failures at the hostel. The letter, claims students, was received on August 8 last year but the only improvement till date has been a few tankers that, they say, had come in only for a few days and a filter attached to the taps but not further maintenance has been extended towards the hostel.

The protest has been, according to the students, a culmination of a hoard of reasons. The curfew timing is the most underscored of them all. The protesting students have formed a collective —Women for Equality Committee — to mobilise the movement and they claim to be disassociated from any political group. The students who have been protesting since February 27 against curfew timings at the women's hostels were allegedly manhandled, molested and harassed by the male guards and a male officer of the Delhi Police when they took out a rally for their cause on Saturday night. An FIR has been filed at the Maurice Nagar Police Station on Sunday against a Sub-Inspector. 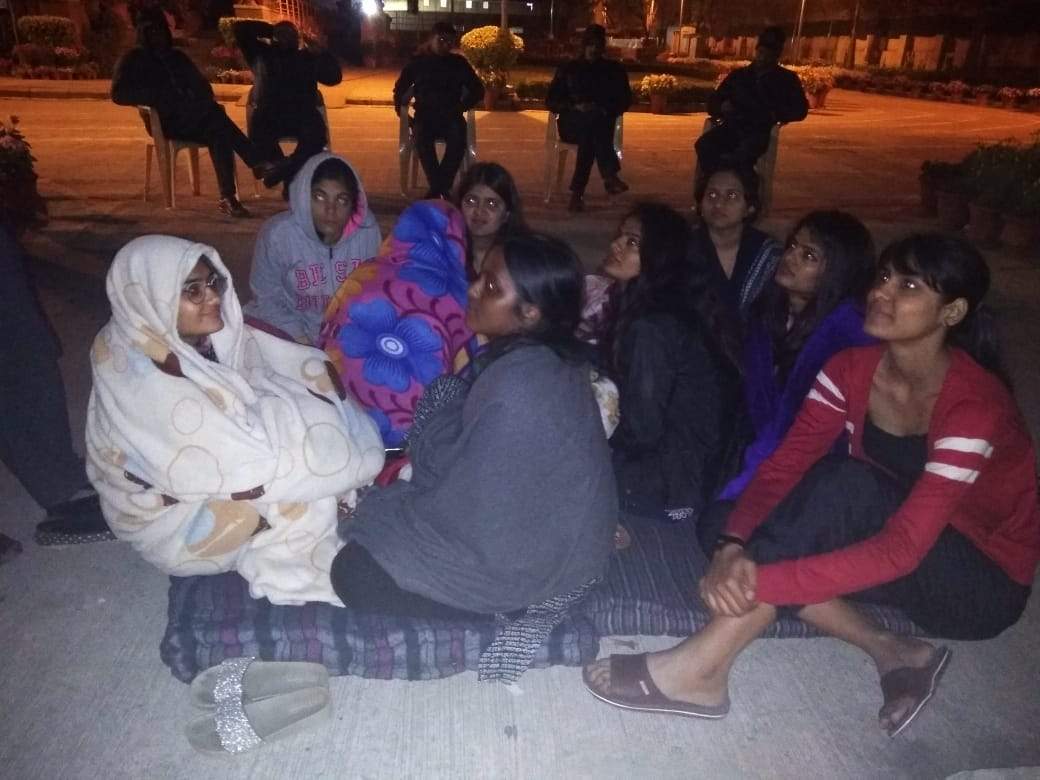 Filing a complaint with the police did not go smoothly as well. "When we reached the police station at first they tried to persuade us not to lodge a complaint. We had to contact the Delhi Commission for Women for help and only then did the police accept our complaint," said one of the protestors.

The women who reside in Delhi University's hostels for undergraduate students have a curfew of 7.30 pm and those pursuing post-graduation have a deadline of 10 pm. "We did not want to put a political colour to our protest. This is a movement by the girls who study in one of the most prestigious universities of India but have been discriminated against just because they are women," said Amisha.