DU women accuse Delhi Police of molesting them during protest against curfew, discrimination in hostels

The female students of Delhi University who have been protesting since February 27 against curfew timings at the women's hostels were allegedly manhandled, molested and harassed by the male guards and a male officer of the Delhi Police when they took out a rally for their cause on Saturday night. An FIR has been filed at the Maurice Nagar Police Station on Sunday against a Sub-Inspector. 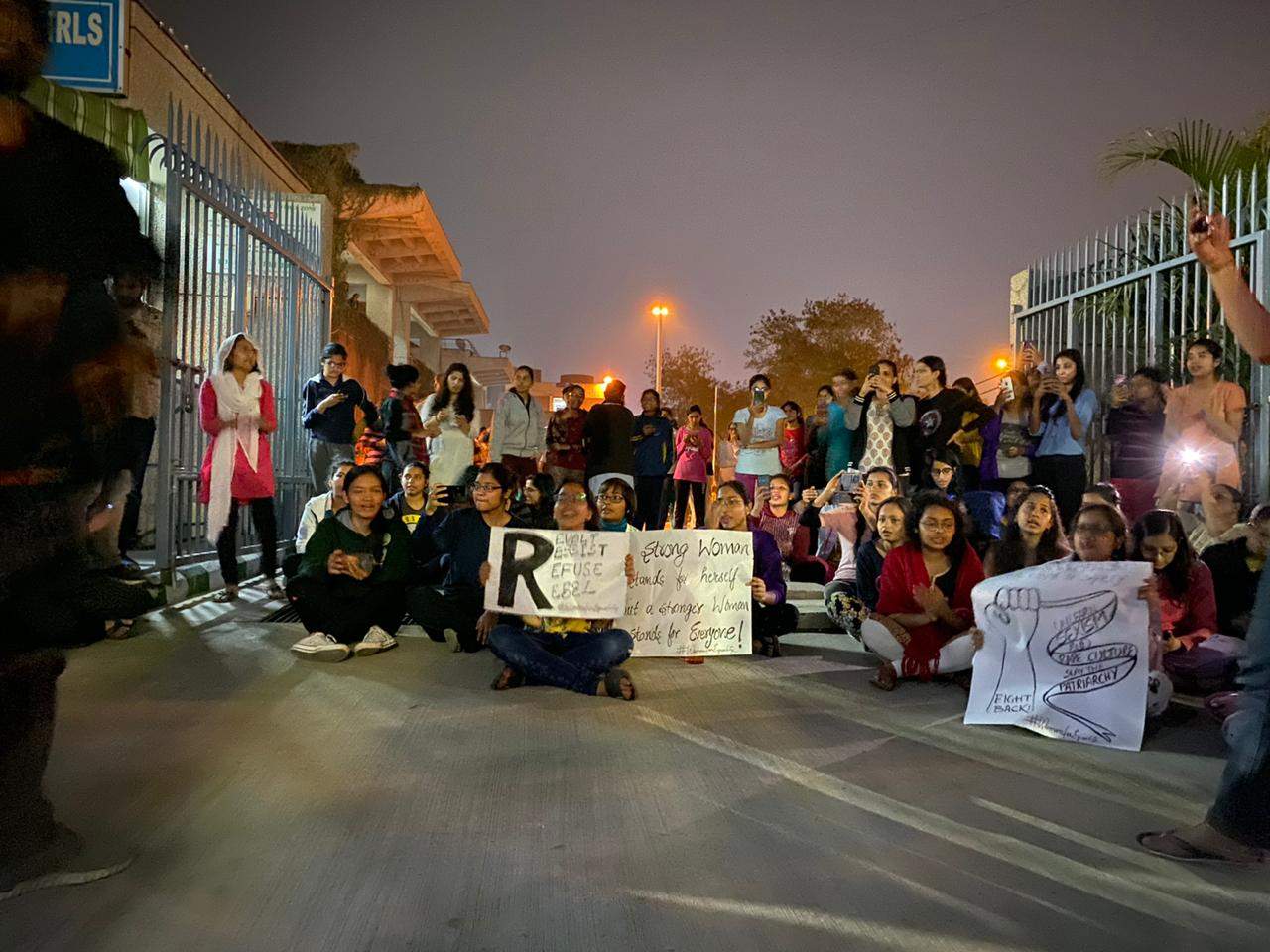 Filing a complaint with the police did not go smoothly as well. "When we reached the police station at first they tried to persuade us not to lodge a complaint. They even went on to say that they could not believe that the SI in question would ever do such a thing. We had to contact the Delhi Commission for Women for help and only then did the police accept our complaint," said one of the protestors.

The women who reside in Delhi University's hostels for undergraduate students have a curfew of 7.30 pm and those pursuing post-graduation have a deadline of 10 pm. The students say they have been told enough times that the authorities at the hostels cannot do anything about it and have now decided to take it upon themselves to amend the regulation. The protesting students have formed a collective —Women for Equality Committee — to mobilise the movement and they claim to be disassociated from any political group. "We did not want to put a political colour to our protest. This is a movement by the girls who study in one of the most prestigious universities of India but have been discriminated against just because they are women," said Amisha.

On the second day of the protest, the students had organised a march within the Dhaka Complex that houses most of the hostels. "After that the group of women rallying outside the hostels assembled near the undergraduate hostel for girls in the complex where the gates get closed at 7.30 pm and they opened the gates and made sure the gate remains open all night," said Amisha. "The students then collected the prospectus of all the hostels and burnt it publicly as a sign of resistance against the arbitrary rules and regulations and it was emphasised how the prospectus had more grounds of eviction for the students than the facilities. Many issues like high fees, curfew related issues, unaccountability of hostel authorities, over-monitoring of students, irrational fines, lack of basic facilities like Wifi and unhygienic water, transparency in the fee structure, moral policing and several other problems were raised," she added.

A theatre group also performed a play focussing on issues like sexual harassment, female foeticide, women’s oppression and all other issues concerning women students residing in hostels, away from home

"As soon as the play got over it was a great coincidence that the vehicle of one of the Provosts, Dr Rita Singh, was seen leaving the main gate and the students surrounded the vehicle and emphatically started chanting their demands and issues. The vehicle was surrounded from all the sides by the students for more than an hour and the students demanded their issues be heard," said one of the protesting students. "A group of students had also gone to call on all other authorities of the hostels and broke the lock of International Students House for Women where the Resident Tutor and Warden of North Eastern Students House for Women also reside," she added.

Wardens of other hostels like Rajiv Gandhi hostel, Ambedkar Ganguly hostel were also called to address the students, said the protestors. "They said that they had no inkling about the protest even after an e-mail was sent to all the hostel committees. One of the students read aloud the Charter of Demands explaining all the demands and how it was very important to get all the demands fulfilled as soon as possible in the presence of the officials. Students shared their respective problems in front of the hostel administration and emphasised that freedom was their fundamental right and no one can put a restriction on their mobility," said a student.