The University put out the list of 13 shortlisted candidates on June 30 who were scheduled to sit for an interview on July 16. Dr Shuchi Yadav did not feature in it

The Jawaharlal Nehru University (JNU) has found itself in yet another recruitment controversy after the alleged preferential appointment of Saurabh Sharma and Sudhakar Vaddi among many others last year. This time it's the Centre of Media Studies (CMS) which is a part of the School of Social Sciences (SSS) that is in the eye of the storm. Dr Shuchi Yadav was recommended by the Selection Committee for appointment to the post of Associate Professor at the Centre - though her name was not there in the list of shortlisted candidates who were called for an interview in the first place, according to professors privy to the developments. 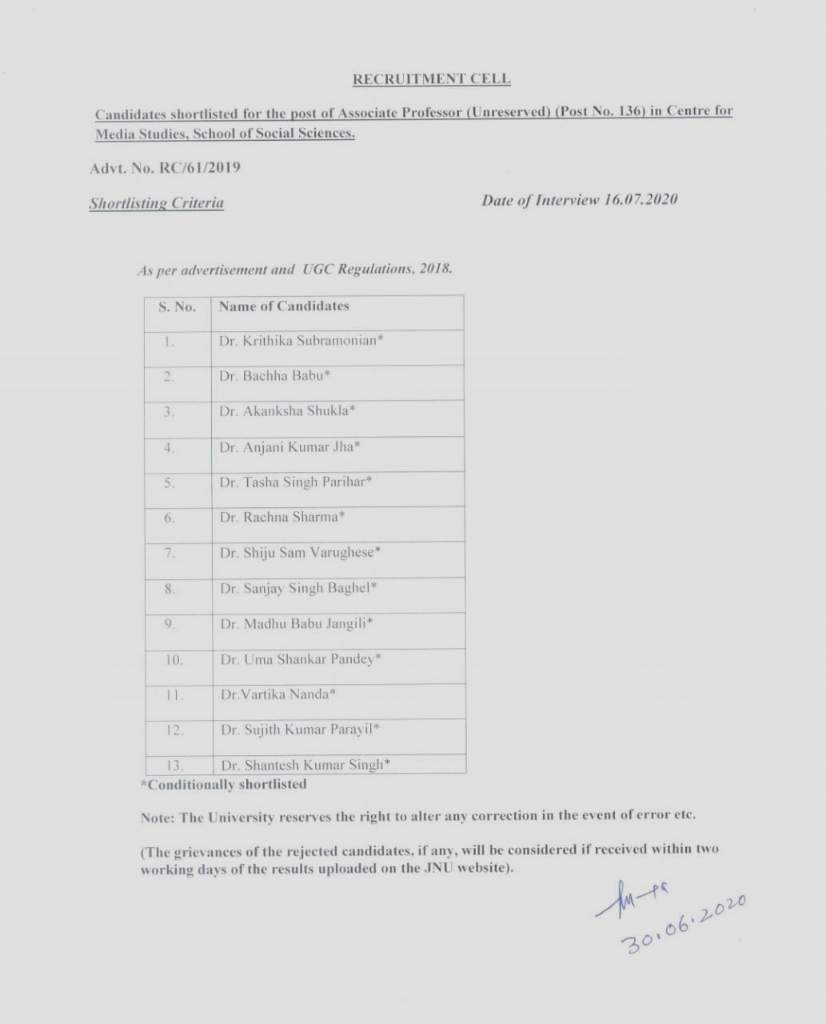 But Dr Yadav, who is the wife of Amitabh Thakur, who was part of the Akhil Bharatiya Vidyarthi Parishad (ABVP) in the late 90s and is still connected to the organisation, and the sister-in-law of a joint secretary in the University Grants Commission, was the one the selection committee recommended. The recommendations of the selection committee for a total of ten posts were presented before the Executive Council on July 23 and an elected member expressed dissent and pointed out that her name was not on the list. "The appointments got ratified anyway. This pandemic has given the Vice-Chancellor the chance to appoint people via online interviews which increases the chance of questionable practices which were already there when the system was offline," the professor added. "His term ends this November and he wants to fill the university with people like this before he leaves. JNU would have been progressing much faster if not for Dr M Jagadesh Kumar (VC)," he said.

Dr Yadav, a source at the university alleged, does not fulfil the criteria of being appointed to there post. "She does not have the required teaching experience, which is eight years," said a senior official. Dr Yadav is an ex-student of JNU and is currently working as an Associate Professor at the Galgotias University and was previously working as a journalist in various media houses. She joined Galgotias in 2014 and was promoted to the post of an Associate Professor in July 2017. She completed her PhD a year later and allegedly has not cleared NET as well, said the source.

Edex has reached out to Dr Yadav and her comments will be updated as and when she replies. There has been no response from the university as well. 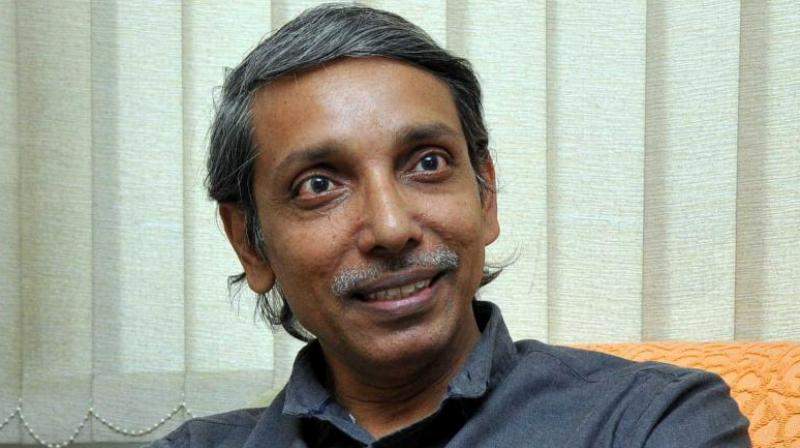 The JNU Teachers' Association (JNUTA) condemned the "gross irregularities being indulged in by Dr M Jagadesh Kumar in the matter of appointment of faculty" and said that it is "disappointed at the MHRD standing by as a mute spectator despite being aware". "Conducting selection committee proceedings online, violating the national reservation policy in letter and spirit, adding to the panel and then calling subject experts that he himself, rather than the Centres concerned have proposed, undue and illegal interference in the short-listing process to add names, and now even reportedly selecting someone who was not even in the announced short-list — these are some of the more recent abuses of the office of the Vice-Chancellor of which Dr Kumar is guilty of," said a statement from the JNUTA. "The MHRD has also abandoned its responsibility to uphold the law of the land by refusing to step in when the University is conducting appointments against advertisements RC 60 and RC 61, even though these are being scrutinised by the Court for their legality with reference to the implementation of reservations. The MHRD did not even ask the University to explain how a large number of backlog vacancies reserved for SC and ST candidates disappeared into thin air in these advertisements for Associate Professor and Professor positions," said the statement.

There were some questions raised about the interview panel on July 16 as well which consisted of the VC, Dr Anil K. Roy of the Mahatma Gandhi International Hindi University, Director General of Indian Institute of Mass Communication, Dr Sanjay Dwivedi, Dr Heeraman Tiwari of CMS, JNU and Dr B K Kuthalia, former VC of Makhanlal Chaturvedi National Journalism University. While Dwivedi has a case against his appointment pending judgement in the Delhi High Court, Kuthalia was probed last year by the Madhya Pradesh government for alleged financial irregularities among other things. "How can he call people against whom there are pending cases to the selection committee?" asked another senior professor.

The faculty expressed concern about the way appointments are being conducted in the university. "There remains no point in conducting an interview of shortlisted candidates if they have already decided whom they would like to give the job to. It is not about merit at all. But it is not like this wasn't done when the left nexus was there but it still had some restraint. The current administration is doing it blatantly, on the face and filling the university with incompetent people," said a senior professor. "There are people who have been appointed to schools they have no connection with and understandably they are not being able to teach. This will only bring the quality of the institute, which is the best in the country now, very soon as more and more such teachers come in. This will jeopardise the quality of public education in general," he added.