Gliding through the bumpy Highways of Life: Why Amar Maibam's film of truckers tell the real Manipur's story

Amar has had a stronger connection with the highways and truckers more than others. He was a bus conductor for around five years — from 1995 to 2000

How often do we honour our heroes?

Not just the ones who protect our borders but those who make our lives what it is every day.

Truckers are the lifeline of the landlocked state of Manipur. Life will come to a sudden halt in this picturesque hilly state if truck drivers stop doing their job. But how often do we talk about them? Amarjit Maibam took five years to tell their story right. His documentary, Highways Of Life, has got him his first international recognition — the Best Film Award at the Liberation DocFest in Bangladesh. His film has also been selected for the prestigious Jakarta International Documentary and Experimental Fim Festival recently. The festival has now been postponed to November because of the COVID-19 pandemic.

But Amar has had a stronger connection with the highways and truckers more than others. He was a bus conductor for around five years — from 1995 to 2000 — and had lived the strife the truckers go through on a daily basis. "I have spent all my youth on the highways and the idea of making a film on this life was always there," said Amar. "My father, MA Singh, was a renowned filmmaker in Manipur, He was working on his fourth feature film when he had financial trouble. He was working but it wasn't enough to sustain the family and as the eldest of five siblings I took up the responsibility to earn more after I finished matriculation," he said. Amar joined as an assistant conductor on the Imphal-Moreh route but never quit studying. The dream to make it big and make films was always there. Amar had saved enough money to buy two buses by 2000. Once his family was financially stable he turned his focus back on films from 2006. "I grew up with films. My father had given me a still camera long back and from then I was interested in films. I would go to the sets and take stills at first. That's how the interest grew. I understood the essence of filmmaking from my father," said Amar. But his dream project was yet to materialise. He made three documentaries in the meantime and even worked with his father for a while. But it all finally came together in 2014 in a workshop conducted by the Manipur Film Development Corporation, Television and Cine Foundation Manipur and Documentary Resource Initiative (DRI), Kolkata. The workshop, organised in Imphal, opened doors for Amar. And he also met his mentor Nilotpal Majumdar, the Director of DRI. "They called people from all over the North East and my project was one of those which were selected. I got an invitation to attend another workshop in Kolkata the next year," he added. 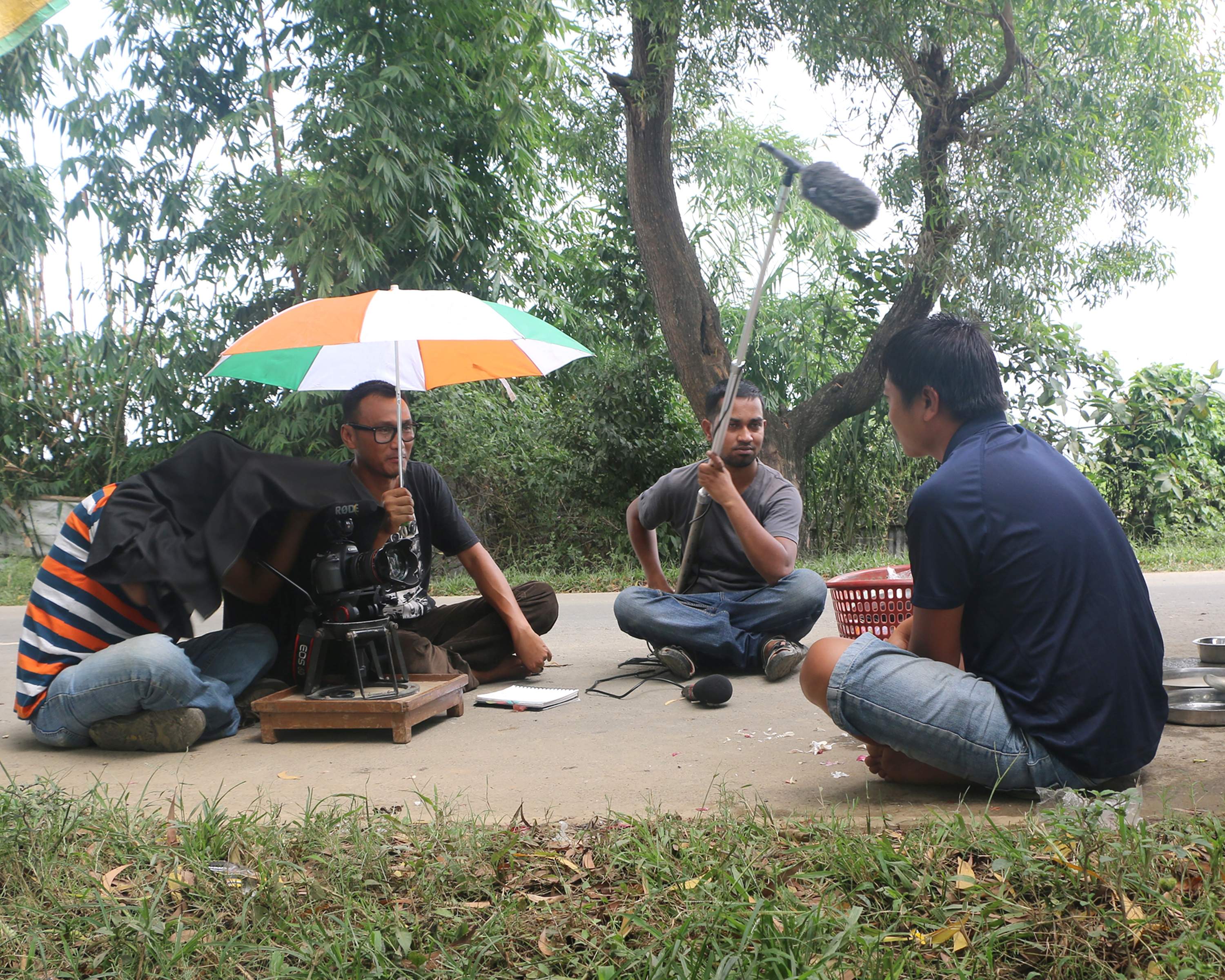 From 2014 to 2018, Amar followed truckers throughout their journey and the 52-minute film became a testament to their life, their struggles and the pain they had to go through to deliver essentials to the landlocked Manipur. The film, produced by the Films Division of the Government of India, also documents two major public movements as well — the one that erupted due to the Inner Line Permit (ILP) System and another when the people opposed the bifurcation of districts. "Both the movements are there in the story. I do not say if I support the movements or not but rather remain a spectator to what happened. It's about telling the story of Mani through the truckers. The two highways — NH2 and NH37 — are the only two threads connecting the state to the rest of the world. And these highways have been used over and over again for the protests which affect the entire state and the drivers suffered," said Amar. "The truckers and bus drivers have always been neglected and not only that, they have been vilified every time there is an accident or even if someone commits suicide by jumping in front of their vehicle. The first reaction is to hit the bus driver or the trucker. I wanted to show that they are the heroes for whom we are alive and because of whom we get our supplies on time," he added. Highways... might be his dream but it's not his first success — Amar made his directorial debut with the documentary film making with City of Victims (2009) based on the extra-judicial killings in Manipur. He later worked for Doordarshan Imphal, Guwahati Doordarshan and DD Arunprabha. My Generous Village — his second documentary — won the Special Jury Award and Best Music Direction Award at the Manipur State Film awards 2019. He also directed a film on the life of a 13-year old transperson, Atey — named NAWA-Spirit of Atey — it won the Best Documentary at the second Nagaland Film Festival 2019. Highways of Life has also been recognised in India before. It won the Best Non-Feature Film, Best Direction, Best Cinematography and Best Editing at the Manipur State Film Awards 2020.