Many students of the Delhi University who tried to log in to the university's examination portal to try their hands at the mock tests have complained that the portal is not only ridden with glitches but is unable to handle the load as well. This has raised concerns about the final semester Open Book Examination (OBE) to be held on July 10. The students and teachers have once again urged the administration to cancel the OBE. A mail storm from the students flooded the Vice-Chancellor's and Teachers' Associations' mail boxes after the failure of the exams.

Students faced various problems during their mock test — while some could not get their answers uploaded, some complained that the mock exam in itself is not useful as it is not for a specific subject. Students faced difficulties in registering themselves and were unable to receive OTP provided by the site even after several attempts. After OTP was received there were difficulties in setting up the password, complained students. "We also faced difficulties finding the subject question paper — not all subjects' question papers were available and those which were available turned out to be some other subject's paper after downloading. Selecting the commerce question paper from the given list of papers turned out to be a Chemistry question paper. 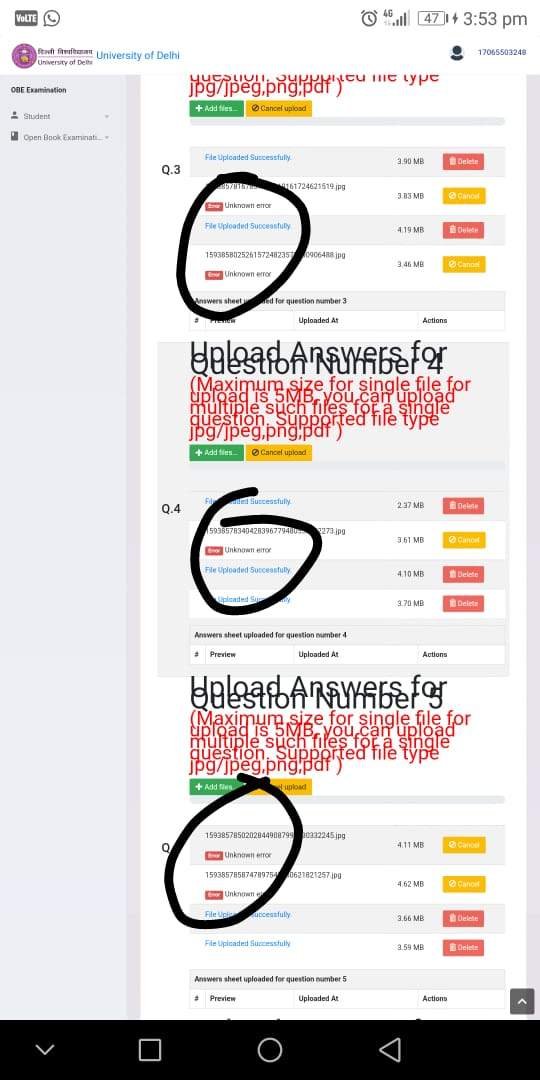 Another student opened the portal to find questions from their first-year curriculum on the paper. "I feel that the test being a practice test should at least include the questions of our course and not of first-year students so that we know the type of questions we are going to face in the final OBE," a student wrote to the DU Vice-Chancellor. "The website is really slow and shows GATEWAY NOT FOUND when we try to log in. If this is how the final OBE is going to take place, then the administration should consider it twice before conducting the final exams," she added and urged the VC to look into it.

Assuring the students that the teachers support them, DUTA President Dr Rajib Ray, in a Facebook post said, "It is extremely unfortunate that the UGC is yet to notify its report. The report is much delayed and is causing stress amongst students. While many other Universities have put exams to hold, DU is running its test treating students as lab rats." 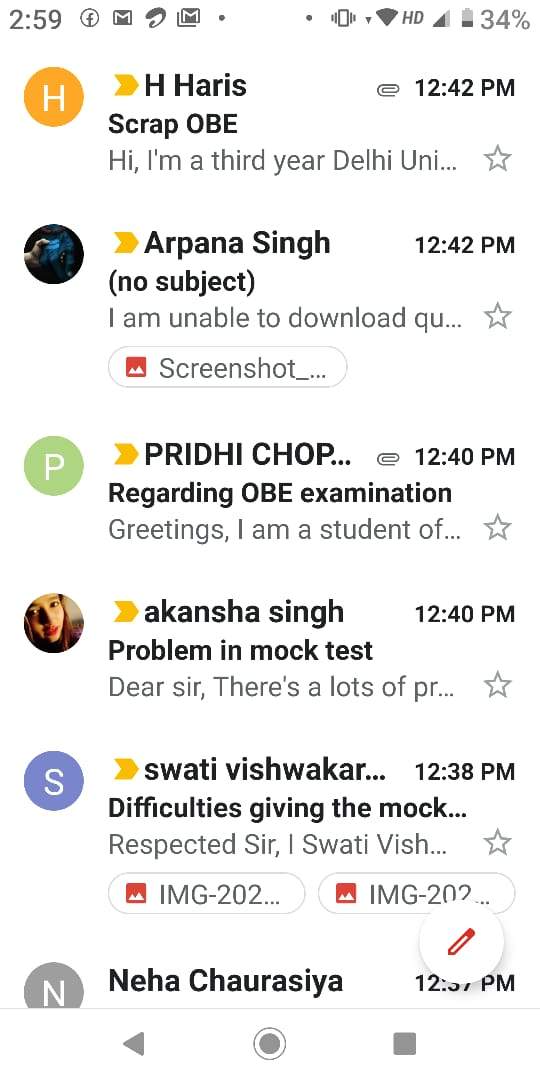 The pandemic has altered both the process of examination and its pattern and the mock OBE was only to test the process. "The first day of mock exams shows that it is a complete failure. Nature of problems faced and the frequency with which students are facing them, shows that DU lacks preparedness. This failure has further filled students with anxiety and stress. They are feeling over the edge," said Abha Dev Habib, Treasurer, DU Teachers' Association (DUTA). "Since morning, the DUTA has received thousands of emails from students. There were panic calls from students to their teachers. We are extremely anguished to see that the MHRD and UGC have still not notified relief. Teachers, students and academicians across the world have suggested alternatives. Many universities within the country and abroad have adopted alternatives in order to ease out stress. The obstinacy with which DU is going ahead with examinations is beyond our comprehension. Is OBE a way to provide business to those who are designing it and who will rig it? We hear that DTU has spent several crores in conducting OBE. We are a much larger university. We need to know how much is being spent on this discriminatory evaluation process, which is also open to malpractice," she added.