We examine author Devi Yesodharan’s fascination with Rajendra Chola, her tryst with historical fiction and her future endeavours in writing

One of the challenges that historical fiction faces is that history comes by default with gatekeepers. When you talk about other genres, say fantasy, for example, it does not have such gatekeepers because there is no definite right or wrong in fantasy. When you are trying to come up with fictitious accounts of history, it is a given that historians who feel like you are on their turf will always take issue. They may get irritated by some periodic anomaly only they can see because they are so immersed in their work. It can also get very personal,” reveals author Devi Yesodharan who is a popular name in the Indian historical fiction genre today, thanks to her 2017 novel, Empire, which was long-listed for the JCB Prize for Literature in 2018.

Set in a Chola kingdom, roughly around 11th Century BC, Empire follows the complex yet ordinary lives of Artemis, a female Greek captive who gets appointed as the ‘Kingsguard’ (talking in Game of Thrones terms) of Rajendra Chola and Anantha, the ageing male commander of the Chola army through a highly fictionalised saga that takes you several years back using its telling description of the food, smells, ambience and of course, the architecture of a period regarded as the golden age of Tamil Nadu. “My obsession with Rajendra Chola started after I read a well-known historian’s account of the great ruler, where he talked about how Rajendra Chola was the first Indian king to conquer territories outside India, in what are now Malaysia and Indonesia. This fascinated me and I wanted to write about him,” says the UAE-bred Indian author who says she connects a lot with the female protagonist because of her immigrant status. “I sketched the character of Artemis keeping in mind what I call the ‘outsider perspective’ – she is a Greek captive who grows up in South India. I tried to convey that whole sense of belonging and yet not belonging because I felt the same growing up as a Malayali in an Arab country,” she smiles, revealing that through Anantha’s character, she has tried to get the ‘insider perspective’ – one that is not always a walk in the park as he deals with a whole lot of tribulations that are not easy to navigate just because he is a local. 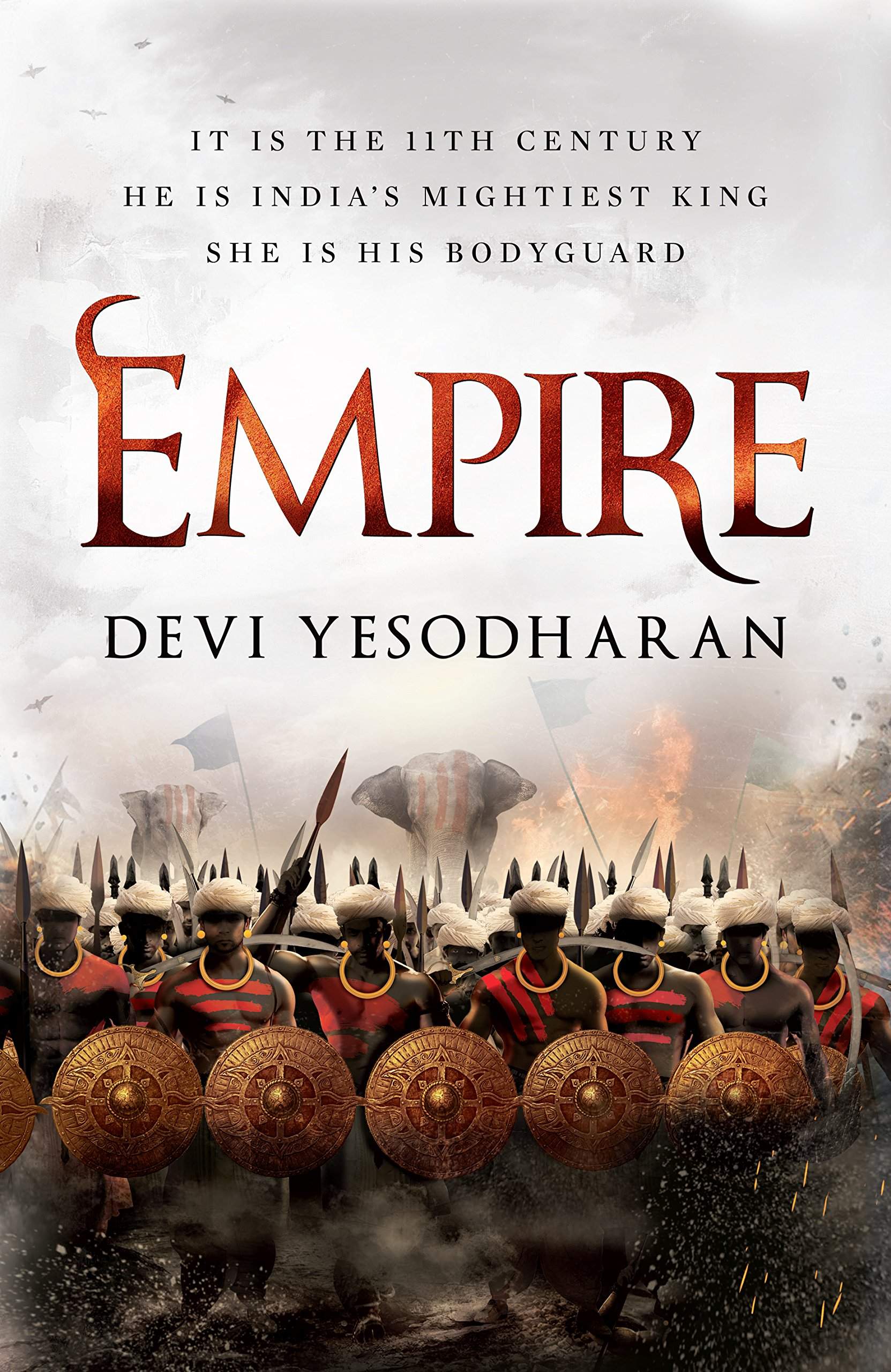 According to Devi, Artemis, the female protagonist in Empire, represents every woman who is frustrated with the system. “She is a talented archer but she is not given enough responsibility. She is given ceremonial roles based on her ethnicity rather than actual talents. I think she is an embodiment of every other woman who is not given a chance to dominate because of inherent patriarchy. I believe all women are angry like that, just that some know how to hide it better than the others,” she avers.

She argues that through Empire, she was also trying to counter the fact that most historical fiction is written from the point of view of the king. “If you shift the lens a little bit, and make it about an ordinary person, suddenly you can relate to the character better; it is more familiar. Struggles, relationships, whatever they have to deal with on a daily basis – everything becomes more close to your heart, even if the story takes place centuries ago. The collective experiences are more or less the same,” she asserts.

Giving us an insight into her childhood, Devi says that she always loved writing, and would regularly contribute articles and snippets to magazines such as Young Times in the UAE. “I thought of myself as a comic writer and would write random juvenile stuff like my hair being like the bathroom mat (laughs). But I was not a dedicated writer in the beginning, I always gave in to procrastination,” Devi recalls. But that quickly changed when she landed her first job in the newspaper business right after completing her MBA. “I had actually got placed at General Electric, but when I heard ET was coming to hire, I jumped at the opportunity. I got a job in the financial daily and it wasn’t something that I really wanted, but it was a start,” she reveals.

However, what really got her into the routine of writing with rigorous discipline is when she landed a job as Infosys Chairman Narayana Murthy’s speechwriter a few years later. “He (Murthy) kept strict deadlines – he would only give me a week to draft an important speech on say, urban planning or topics like that and he was very particular about prompt submission. I went through the whole cycle - research, write, panic, cry, everything and it taught me a lot. It helped hone my skills as a writer,” she smiles.