Modi does not have the guts to shut JNU down: Madhu Kishwar

Indira Gandhi had the guts to shut down JNU when they went berserk. Modi does not have the guts to do that. She managed the political narrative very effectively, says the JNU alumnus

She has been in the eye of many a Twitter storm recently, but Madhu Kishwar is nothing but firm on her beliefs. The scholar and women's rights activist, who hates being called a feminist, says that there is no such thing as women empowerment. Our society as a whole needs to be empowered, according to her. Excerpts from an intense conversation:

Are we going in the right direction with women empowerment? What more can be done and what can be done better?

If I were to list two things where we are going horribly wrong, its in the sector of education and with regard to our social policy — that includes women, how we handle rights or it takes to have a balanced society where the rights are honoured, respected and celebrated. Our education continues to be in the most slavish model — the domination of English in the education sector has made us culturally uprooted, ill-informed about our own society and disconnected from our historical, cultural and civilisational heritage. We are producing citizens who are clueless about their own society — what makes it work, what doesn't work. Similarly, in the case of women's rights it is borrowed wisdom that we are slavishly adopting. I celebrated the women's movements in the west because they fought their battles on their strength on their ideas. If they made mistakes or went overboard they had the courage to correct themselves. Some ideas worked some didn't work even in the west — the family as an institution is pretty much finished in the west. Families are not stable, marriages are not stable, old people cannot count on their children, single mothers, unwed mothers — these are some serious problems they are handling. We are taking that failed model as our role model and making a greater mess. In the name of women's right and empowerment what we are seeing is state-sponsored gender war. The laws are so horrific and imbalanced whether its domestic violence act or the rape law. Most of them are poorly crafted, some of them are so stupid that you cant implement them. The definition of rape is so loose and gross that if you implement it is easy to file fake cases. Fake cases are being filed while the genuine victims are not getting the necessary support because the courts and police are corrupt and inefficient.

I would not like to see the failure of the family, the most important institution in any society. It has to become more balanced, more just and we already had it in us. The traditional ideology was that the woman is the grihalakshmi — she is not a housewife but the wealth of the household. It says a lot. A woman is the incarnation of the divine Devi who moves the entire universe. But years of slavery, invasions and destruction of our own cultural values including norms on which we based our family life has led to a mess where we do not know what laws are needed. That is why all our laws are being structured by foreign-funded NGOs. We as a society are not even consulted. We don't need so many laws as we need social awareness. 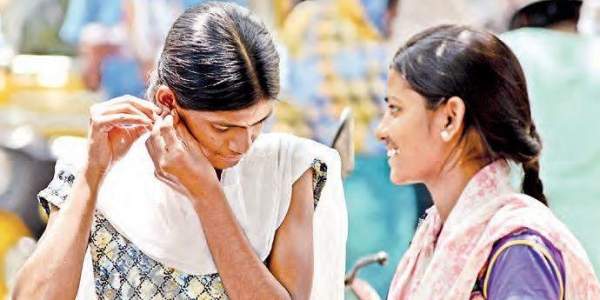 How do we get back to the society that treated its women like powerful Devi?

I have lived life on my own terms and I have been treated very well by my society. It's only these foreign-educated and valued, English-speaking people who do not respect women. European culture's treatment of women has not been foundationally right. How is a woman defined in the Christian tradition? She is a temptress, cases the fall of mankind by encouraging Adam to eat the fruit of knowledge — why should I learn from them when I have Saraswati, Parvati and Durga to learn from. For them , sexual liberation is pornography, we, on the other hand, worship sex as sacred. We have Shiva Lingam in temples — it's not to be used for prostitution, pornography or lust. We need to understand and engage with our traditions our societal values to save ourselves. I am not saying that you start living thinking that one day Ram Rajya will come. But we should know how our society defines justice. What is its highest aspiration of a respectworthy man-woman relation? If you do not know the highest standards how will you live up to it? We need to educate ourselves with our history rather than copying the west blindly. 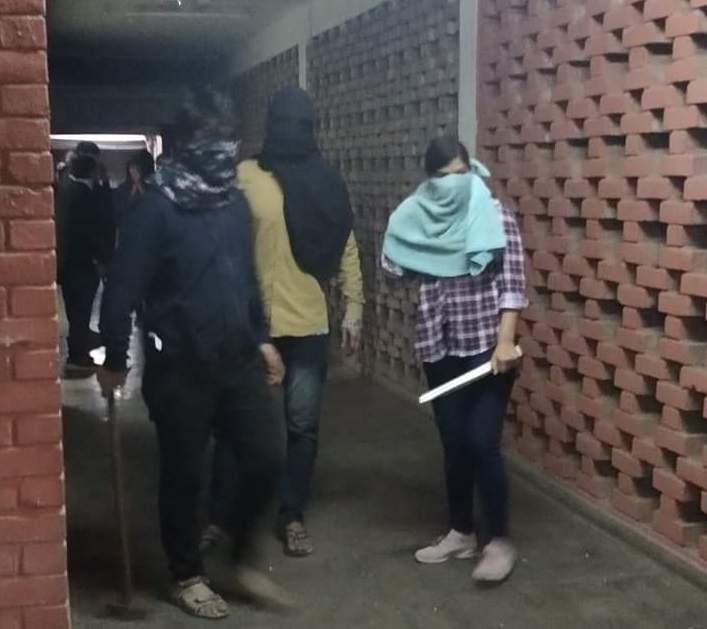 Talking about education and not discussing the current situation across campuses would be unjust. Starting off with JNU, as you are an alumnus of the institution, do you think the VC and the administration could have handled it better so that the lockdown did not extend to over two months?

When they had to be strict they were not strict. When they had to be accommodating they did not accommodate. That's what this Vice-Chancellor has done. There is a high level of incompetence — rigidity without firmness. And therefore he is in a mess. When students stopped registration process. That's when he should have taken steps, gone to the media, instead of when violence broke out.

But violence broke out only in January. This issue has been there since October...

Yes, it was simmering. First of all, he is the wrong choice for a VC and he also has a very incompetent team. You need skillfull administrators who also have a certain emotional quotient to connect with people and make them feel comforted that they are being listened to. There were so many professors and students in JNU who wanted to get rid of left monopoly but he didn't even listen to those teachers. He thought he can run the university with his small group which is a foolish way to go about it. As far as JNU Students' Union and teachers' politics is concerned, the truth is that there are sleeper cells of Maoists, Islamists and of all other kinds — AISA is openly a Maoist outfit. And all those political parties including INC, JDU and the entire lot who can't face the BJP in the electoral arena are now capturing universities to run commando operations. They think creating chaos through student movements to stage a comeback. Because you can't send police to the campus, students are sacred even if they behave like lumpens. The BJP on the other hand, is handling the political narrative very poorly. They have a good command over the hardware of politics, they do not have control over the software of politics — the political-social narrative. Today, Maoists and people like Owaisi are dictating the agenda and it's because BJP has never built on its intellectual capital. Congress has done that very well. They roped in all the Nobel Laureates — Amartya Sen is happy to be part of the Sonia Durbar as is Abhijeet Banerjee. The mistake that Congress made is that they handed it over to the communists. They had a very rich tradition of intellectual leadership through Gandhian phase — all the big leaders of Congress were not rabble-rousers of this kind. They were great intellectuals and statesmen. We lost a certain cohesion in our society because the agenda of the left and the Islamists is to break up India and they don't even hide it. Stalin had said that India needs to be broken into 17 parts because there are too many languages and too many cultures — he was using a European model which he ironically did not use for the Soviet Union. Communists have always supported the idea of a break up and they are doing it even now. Isn't it true that when we do surgical strikes they speak against it? When Pakistan attacks us then they are silent. When we say bring the persecuted Hindus from there they say why not bring the Muslims as well. What sense does it make?
Thousands of riots took place in the 60 years of Congress rule in every state of India. BJP has at least not let any riots happen. Even now (during the CAA-NRC protests) they did not let it turn into Hindu-Muslim riots. Muslims came out, Started burning, they contained it, no retaliatory action. In Congress times even if two kids fought it would turn into a communal riot. 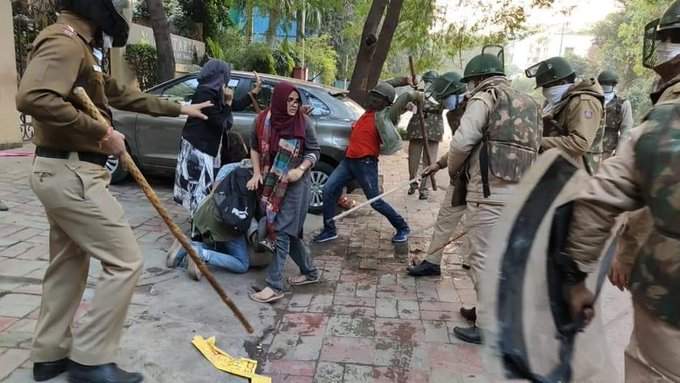 But the Police did shoot people in UP and went inside campuses like Jamia and AMU...

They deserved worse. They started hitting the police.

But the police hit the students...

No. If you throw stones at the police you deserve bullets. It cannot go on. Stoning can kill people. If you do it I am saying you deserve a bullet. I don't think today we should treat students as a special sacred category. They have to be lawful citizens first. Who cares if you are a student. And I am not saying just because it is AMU. Even if it is BHU students, cut their hands off if they pick up stones.

The police also said that the students were not involved in the violence in Jamia and they had gone inside to protect the students...

That's a lie. Students were involved for sure. The JNU president was also involved. They want mayhem and stone pelting can be as dangerous as bullets. Even in the JNU case, the left started it all. The president is seen leading a gang.

But who cracked her head open?

First of all, how do we know how much she is actually hurt. Within days she is in Kerala and she is all fine. And once you start a streak of violence you can't control who gets hurt. And look at how well they set their narratives — how filmstars are lining up in their support. What right did they have to disable the registration system? Why did they disable the communication system? When the army does it in  Kashmir it's very bad but if you do it for JNU it's good?

What these administrations in the universities are doing is not helping their cause even if we believe for one moment that they want right-wingers at the helm of everything and want control over the university...

I agree. Indira Gandhi had the guts to shut down JNU when they went berserk. Modi does not have the guts to do that. She managed the political narrative very effectively. Congress had intellectuals whom the left silenced later.

Do you feel we need intellectual aristocracy to be in politics? Then where would Modi feature in that?