Proud that India chose to give refuge to six religions through CAA. Why does nobody talk about that: Smriti Irani

On January 9, the second day of the ThinkEdu Conclave 2020, the Union Minister of Textiles and Women and Child Development, Smriti Irani, sat down with Prabhu Chawla, Editorial Director of The New Indian Express to discuss the topic 'The New Woman: Power With Responsibility'. Having found her footing from the entertainment industry, the discussion turned towards some elements of Bollywood's recent rejection of the Citizenship Amendment Act. "I want to know what Deepika Padukone's political affiliation is. Anybody who has read the news would know why she would stand with the protesters," she said.

"It was not unexpected to us that she was going to stand with people who want the destruction of India. She sided with people who hit girls on their private parts with lathis. I can't deny her that right. She made her political affiliation known in 2011 that she supports the Congress Party. If people are surprised by this, it is because they didn't know. There were a lot of admirers of hers who have just discovered her position," said the Minister.

On January 5, more than 50 masked people wielding sticks and acid, forcibly entered the campus of Jawaharlal Nehru University and physically assaulted students and faculty. Amid allegations that the attackers were members of the Akhil Bharatiya Vidyarthi Parishad, the Delhi government has been criticised for not arresting a single perpetrator. To this, the Minister replied, "I will only say this: there is an investigation that is ongoing, I am in a constitutional post so it is best that I not say anything until the police bring facts to the floor of the court or actually makes those facts public, if the police so desire." She continued, "It would be absolutely irresponsible of me to talk about the details of the incidents. There are people who are informed enough and made the choice to go there and stand with people who supported a terrorist. Because our democracy says you can celebrate your right to insult the Constitution, the national flag and uniformed officers, I pay as an Indian for my democracy."

The conversation steered towards the most problematic element of the CAA, the exclusion of a single community. She said, "The law needs to be specific so that there are no loopholes. The need to award citizenship to particular communities alone has been very specific. When you declare Pakistan an Islamic country, then by the virtue of that declaration, who is a minority? Hindus, Christians, Sikhs, Jains, Parsis and Buddhists. Why would you not want me to say that openly and plainly? How is that offensive? Christians in churches were getting bombed in Pakistan, people were being burnt for blasphemy and recently, the gurdwara in Nankana Sahib was attacked. Finally, what is a bigger example of how Pakistan treats minorities than what we witnessed on 26/11?"

As the discussion progressed, Irani recounted a decision in 2004 when the Prime Minister of the time, Atal Bihari Vajpayee, introduced a set of rules which gave citizenship status to those who entered India during the 1971 war. She explained, "The persecuted people identified by that law were Hindus. The UPA under the Congress actually extended the notification in 2005-6 which means that they were okay with persecuted people of these religions, from these countries, coming here during the war. This opinion has changed suddenly simply because Narendra Modi is the Prime Minister."

The CAA also specifies that the cut-off period to be eligible for citizenship is to have entered the country before December 31, 2014. In light of this, she was asked, 'Does persecution have an expiry date?', to which she replied, "When the Home Minister talks of a classification, it entails that we will need to specify up to what period. He did not say that after that particular period, doors would be closed forever. He also said that irrespective of the religion, even if a Muslim family wants to come here, they can do so if they show the appropriate papers. I myself have a grandmother who is a persecuted Hindu from Bangladesh who is now settled in Assam. My grandfather was from Lahore from before the partition and he left everything behind to come here." 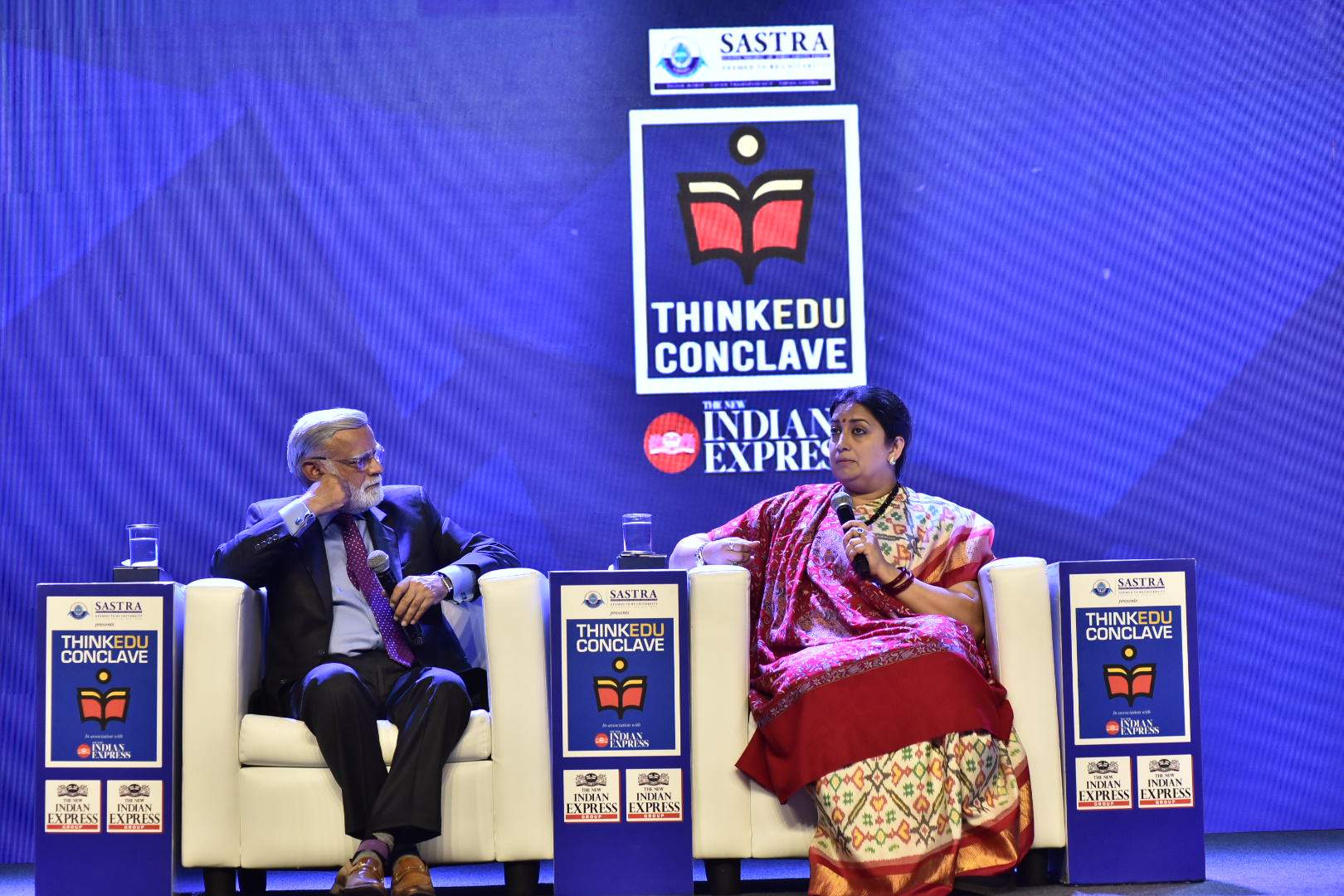 She went on to say, "There are many people who ask us not to revisit the past but it is that foundation that made us who we are today. I am absolutely proud that my country chose to give refuge, not only to Hindus but to the other specified religions. How come nobody talks about that?" Her comments question a conversation initiated by liberal thinkers across the nation about the exclusion of communities.

The relentlessness with which the government continues to support the act has led to widespread protests among students and other ordinary citizens across India. About the relevance of the protests, she said, "I see no reason to pick up a stone and throw it at a uniformed officer for Pakistan or to burn up a bus paid for by the Indian taxpayers. If saying this makes me secular, then I do not want that secularism. Why do all this just because you have a political grudge against Narendra Modi.

However, Irani does not subscribe to the same tactics that many of her fellow party members have espoused when it comes to responding to those who oppose them. She says, "I believe that 'Go to Pakistan' is a childish political comment. I think that the vibrancy of the democracy that we live in depends on things like this. We live with so many people saying so many different things. In fact, we live in a country where communists want to get elected under a democratic process! I would rather have the right-wing focus on constructive politics and actions that the government is leading."