It is far more important that the upsurge come from the ground, this has really touched a very raw nerve among an extremely conscious section of society, Tewari said

Congress leader and MP Manish Tewari believes that the student protests erupting across the country do not need to be led by political parties. He said there comes a time in the history of nations where one rises above their party and doesn't think about whether or not something wins them an election, "This is a battle for the ideas that you hold dear," he said, speaking at the ThinkEdu Conclave on Thursday.

Tewari said that it is important to understand the psychology and sociology of these student protests, "What is really being done through the CAA, NCR and NPR process is tinkering and subverting the very idea of India which was created  between 1948 and 1950 by the founding fathers led by the Chairperson of the drafting committee Dr B R Ambedkar."

Responding to a question about why Rahul Gandhi was not the face of the student protest, Tewari said, "I think to make it about a particular individual is really an injustice to the extremely spontaneous, widespread almost emotional outpouring that we've seen in this quest to save the founding idea of India. At a certain level, it is extremely gratifying for me that this protest is not led by any political party. Watching the young students organising themselves and articulating their anger makes me feel that this is one of the most beautiful movements in the last two decades in the country."

"I think it is far more important that the upsurge come from the ground. And what you are witnessing is not driven by a political party or political structured organisation. But the fact that it has really touched a very raw nerve among an extremely conscious and extremely engaged section of our society, that being our students and that they are braving the batons is remarkable," he said.

He also recalled the incident of two law students being arrested for opposing the home minister in Lajpat Nagar, "This is unadulterated naked state power driven fascism which this country is witnessing. The fundamental question that every Indian must ask themselves is if is this the country that we want to leave for our children. "

Tewari said that in this battle it is not the opposition which is the principal participant, every one of the citizens of India who believes in the founding idea of India are equal participants in the battle. "That is the fundamental shift that people have to recognise, this is the paradigm shift that needs to be understood," he added. 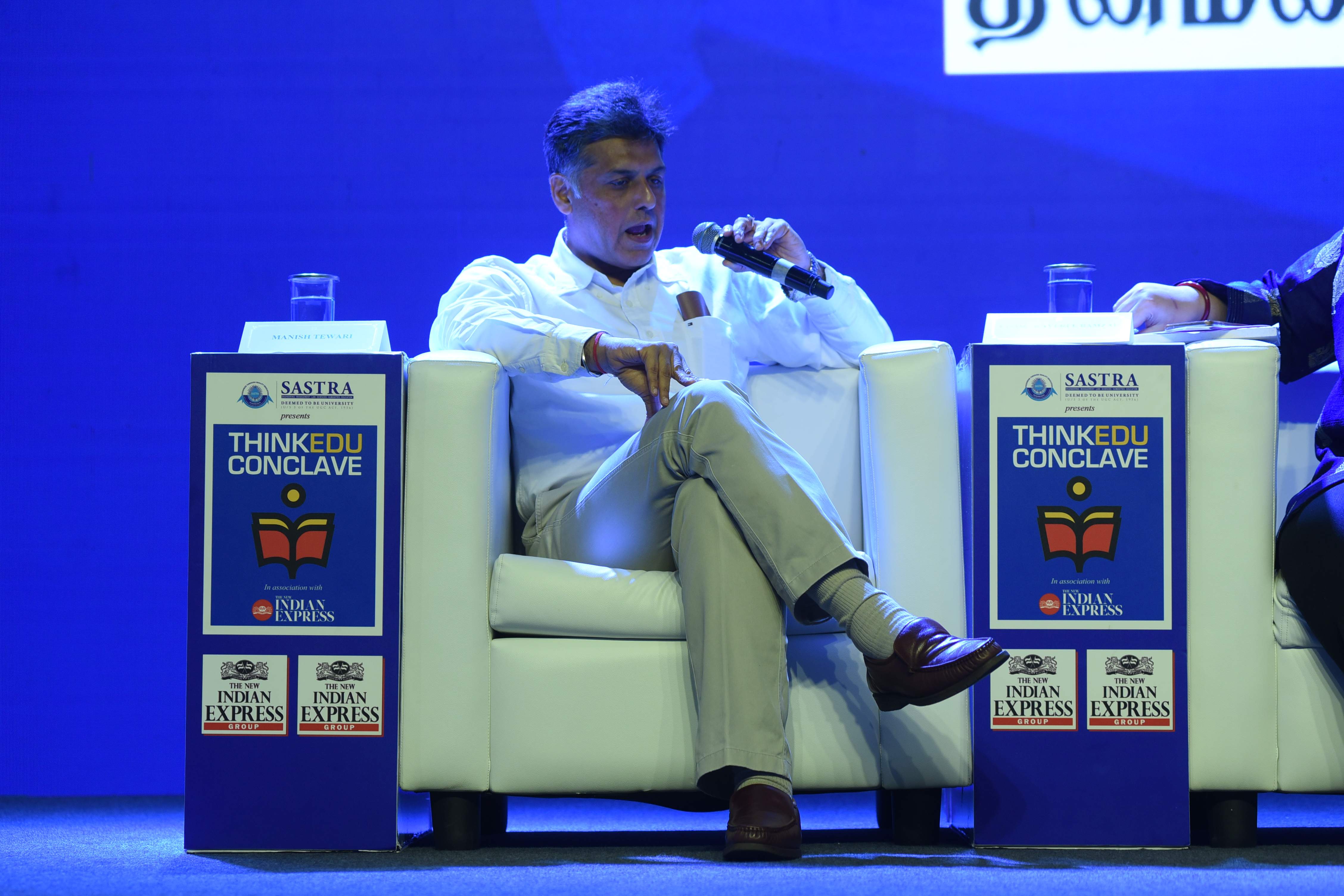 Speaking about how there has been one Act after another being passed in the parliament, Tewari said that the government is turning the country into a police state, "From the UAPA to the abrogation of Article 370, the Congress has opposed it at the threshold itself. I also opposed it, what you see playing out is unfortunately a prophesy coming true. I had warned the government that what they are doing is going to have extreme implications and consequences."

Pointing out that there was a time when there was a section of people who thought that because there was an Islamic state of Pakistan there was also a need for a Hindu India, Tewari said that at that point, the founding fathers believes that we would be a pluralistic, constitutional republic. "But that changed in 2014, now when you look at cow vigilantism, ghar wapsi, beti bahao bahu la aao, love jihad and how all these retrogressive programmes, it starts to make sense. The abrogation of article 370 and CAA  are logical extensions of these ideas. For example, the NPR exercise, for the life of me I can't understand why in a national population register of residents one has to state whether his or her parents were born in India," he said.

When asked if he felt that the independent institutions in the country are in crisis, Tewari said that they definitely were and that the BJP was pro actively working over time to subvert institutions. "You don't have to look very far, look at the election commission, these people are completely and absolutely intolerant of any kind of dissent."

By and by there is a growing fear that the judiciary which was supposed  to be a frontier of justice is also not measuring up to the task, Tewari feels. "In Jammu and Kashmir, there are 300  habeas corpus petitions pending since August 5. We know that when a habeas corpus is filed it is a moment when all the work comes to a halt in order to ensure life is safeguarded. It that is also not going to happen, then we are in a very serious crisis. I think every honest judge needs to do some soul searching," he said.

When asked if the judiciary did not hold as much hope today as it once did, Tewari said that our criminal law system has almost completely collapsed. He also said that law students need to think about the fact that 67 percent of those locked up in prisons across the country are still under trial. "Access to justice for the poor is almost becoming a fantasy," he said.