The premier institutions of the country are elite, not elitist, say panellists at ThinkEdu Conclave

Leading institutions in the country such as the IITs and IIMs are not elitist institutions, but elite ones, said the panellists speaking at The New Indian Express' ThinkEdu Conclave 2020 on Thursday. They said that these institutions were not exclusionary by principle to be called elitist. The panel was chaired by Shankkar Aiyar, columnist and author.

At the discussion titled 'Are Elitist Institutions Responsible for Two Indias', Himanshu Rai, Director, IIM Indore and Archana Shukla, Director, IIM Lucknow argued that being elitist meant that they prevent a segment of meritorious candidates from studying in the institution based on their identity. "We do not do that. In fact, no student at IIM will lose admission owing to the want of money," said Rai, adding that the IIMs, on the contrary, actively work to promote pluralism within the institution.

Rai also said that while many believe that making students attempt CAT itself was exclusionary, "CAT has only 20 per cent weightage in admissions. We also assess candidates based on their Class X and XII marks. We give extra marks to women and candidates who are not engineers," Rai claimed. Adding to this, Shukla said that it is not elitist to promote meritocracy. "I come from IIT Kanpur. Students from these premier institutions have been going to the grassroots and finding solutions to the problems of society." She said that the premier institutions in India are intellectually elite. "But I have a problem if you say we're promoting two Indias because we are elite," she defended. 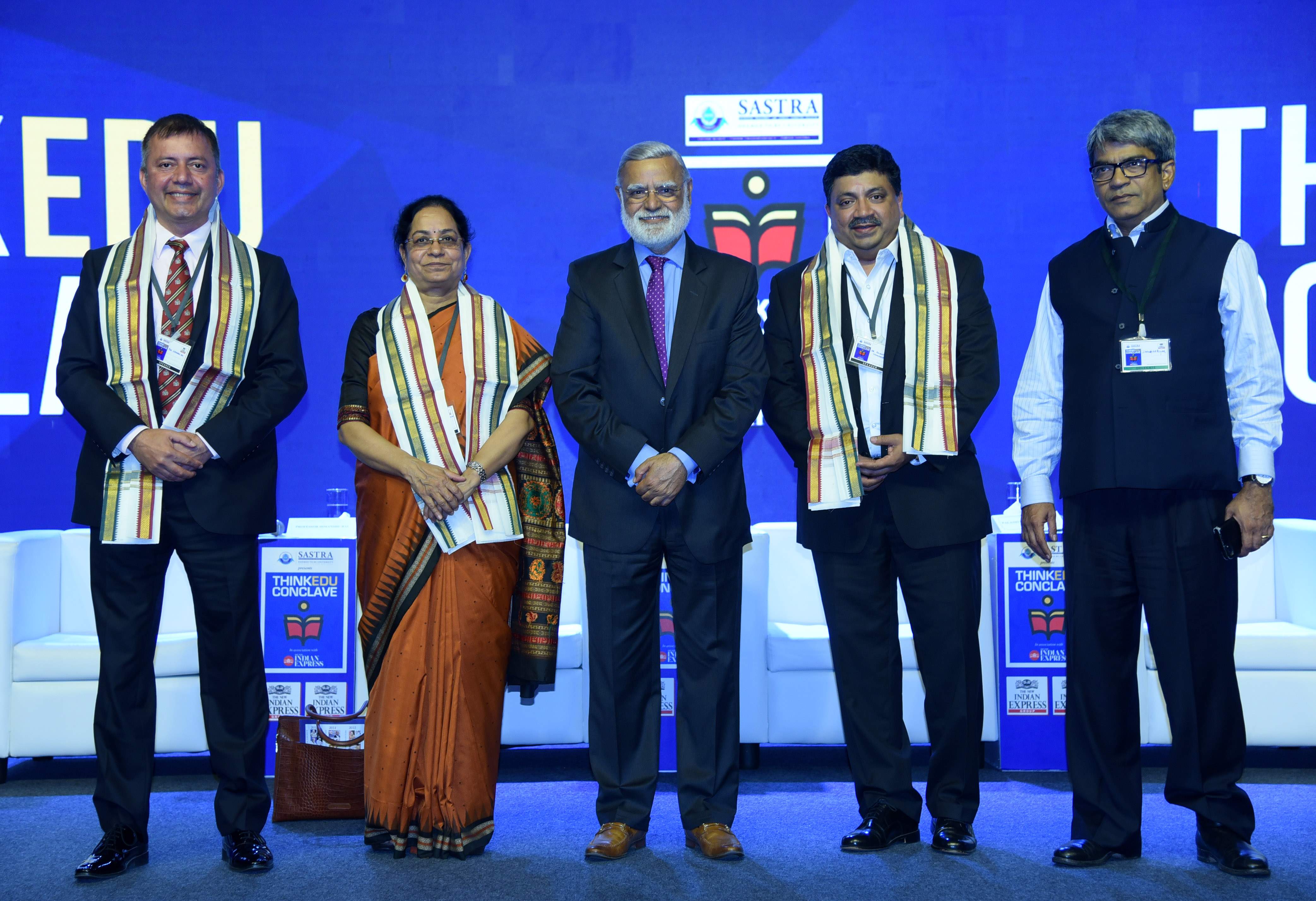 However, Palanivel Thiagarajan, MLA and MIT alum, argued that every society will have elite institutions and that the real question is if the government should fund them. "The majority of funds allocated for education gets pumped into a small number of institutions. It will be justified if it sincerely pulls people socially and economically upward," he said. Coming from premier educational institutions himself, Thiagarajan said that while he himself benefitted from them, he is not an example of someone who was lifted out of social or economic backwardness. "Is true meritocracy even possible? Or does it just perpetuate the upper class? This is a policy question we need to discuss seriously," he said.

Responding to this, Rai said that the IIMs are not permanently dependent on the government for funds. "After a certain number of years, we are self-sustaining," he said. He added that IIM Indore, which he is the Director of, has been socially active and its students have been solving many rural problems pro-bono. "We are trying to solve the problems of one model village. Soon enough, we will try and replicate it across the country," he said.

Shukla added that IIM Lucknow is looking at introducing a business sustainability programme for students who are not job-driven and want to be change drivers instead. "Our focus will be to find solutions to five key problems at the state-level," she said, adding that several alumni from the IIMs go on to become politicians and social workers and say no to high-paying corporate jobs to take these careers up.