August and September were the months that saw the worst of it but now, there is a marked improvement in the sentiments of the industrialists and investors, said Rajnish

If we have to eradicate poverty from this country, we cannot afford to grow at a rate lower than 8 per cent, said State Bank of India's Chairman, Rajnish Kumar. He was speaking at The New Indian Express' ThinkEdu Conclave 2020 as part of a panel discussion. Rajnish was discussing the current state of the Indian economy with Radhika Gupta, CEO, Edelweiss Asset Management and Dr PG Babu, Director, Madras Institute of Development Studies.

The current GDP growth is not up to the mark where it needs to be, said Rajnish. "But even at 5 per cent, we are one of the best performing economies — except the United States of America, there is no major economy that is not in slowdown mode. So, India cannot stay unaffected from all this. Whatever happened in the Middle East is also an emerging problem for us because it will affect oil prices. We had many reforms in the past few years — GST, insolvency code, Real Estate Regulation Act being the most important of them all," he added. "All of this together has resulted in a change in the way we do business in the country. Indians everywhere, even the NRIs, are leading the major changes. The benefit of the rapidly developing digital infrastructure which, I believe, is very unique to our country. Be it Aadhaar, UPI, financial inclusion initiatives that helped bring almost every household under the formal banking system, formalisation of the MSME — it all gives me hope," Rajnish added. 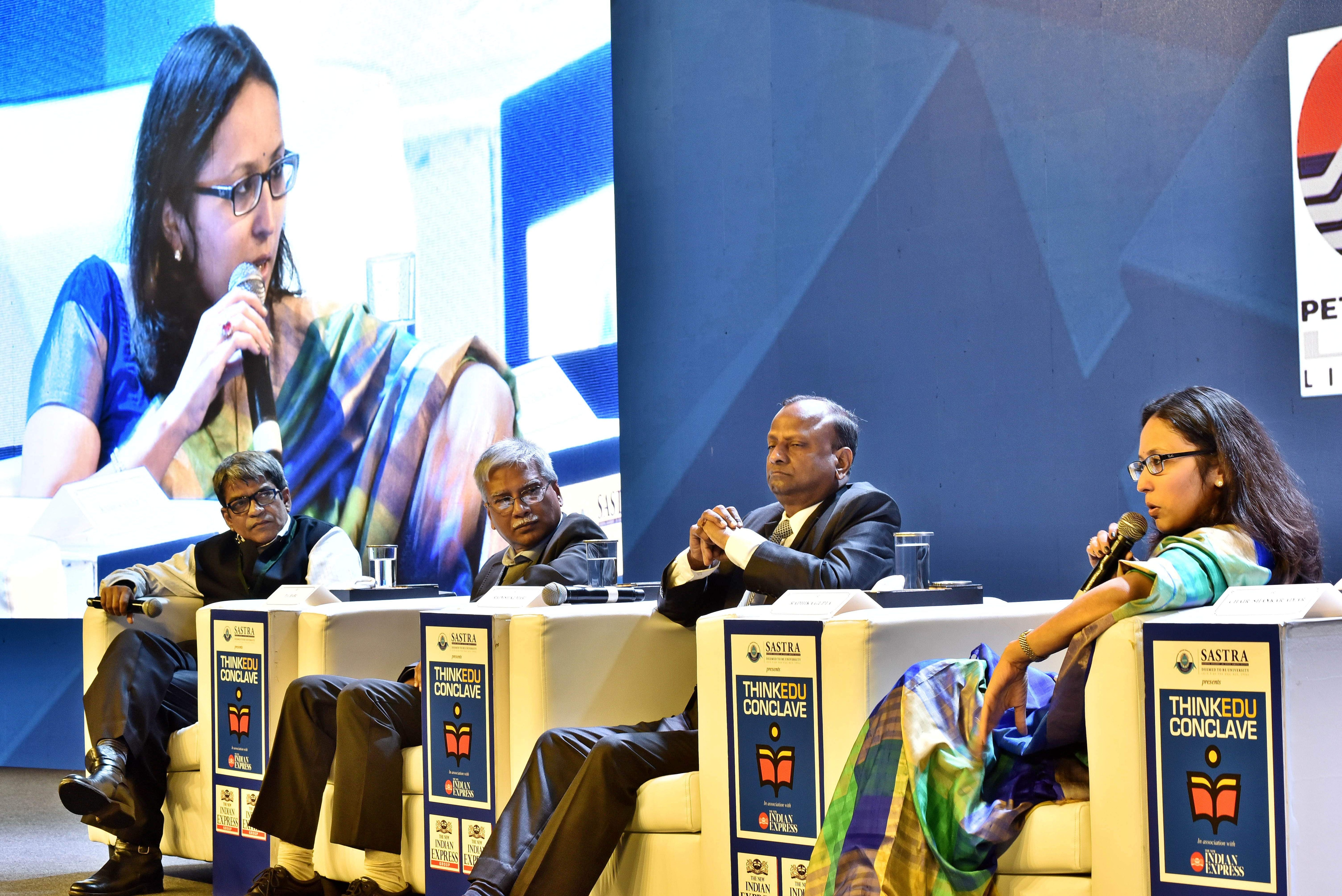 August and September were the months that saw the worst of it but now, there is a marked improvement in the sentiments of the industrialists and investors in January, said the Chairman of the largest public sector bank in the country. "The tax rate cut was a major move by the government that has helped improve the business sentiment of the nation. But the impact of such a path-breaking move can only be noticed after three months or later," he added.

Investment in infrastructure and manufacturing needs to shoot up, agreed all the panellists, adding that public-private competition is important to boost growth. "If we invest around one per cent of the GDP in infrastructure, the growth is two per cent because there are a lot of forward and backward linkages. The potential to create jobs is also very high here. There is a definite need to revise the investment cycle and once we have more participation from the private sector, we should see an improvement in the growth rate of the GDP," said Rajnish.

India is addicted to growth — it has become the necessity to survive, said Radhika. "We are also very dramatic people. Small changes can swing economic sentiments very easily. But you can never give up on India in the long run. If I have to take a 5 to 10-year bet on India, it will always be a positive one. That being said, from 2010 to 2019, we had sluggish growth at a time when everything was supposed to grow well," she said. "India had a young population, a state of reforms going on and some of the lowest crude oil prices of which India is a beneficiary — in my view some of that slowdown was due to increased tax compliance, the froth of real estate. Sometimes, slowdown or consolidation is good. India's economy is like an elephant, it takes time to stand up and it will be hard to get back up if the slowdown is substantial," added the young financial expert.

So far, the belief has been that services will drive our growth but Dr Babu said that the data does not bear it out. "And there seems to be no way, at least in the short run, that this will change. The GDP contribution of the manufacturing sector and the agricultural sector is not up to the mark. We need to increase employment in the manufacturing sector and that's probably the path to take. The investment in infrastructure, a study says, should grow fourfold as compared to China where it needs to double. This also includes rural infrastructure and agriculture. Private investment in the rural sector is around three per cent so the rest needs to come from the public sector. We need to focus on that," he added.
TAGS
ThinkEdu2020