Earlier, Ayyub had come to Delhi University and Jamia to oppose the Citizenship Amendment Act, where he said that the government "hated students, books and library"

Mohammed Zeeshan Ayyub, along with Swara Bhaskar, has been protesting against the Citizenship (Amendment) Act 2019 (CAA) and the imminent application of National Register of Citizen (NRC) and National Population Register (NPR) for a few weeks now. Zeeshan also spent the New Year's night with the protestors at Shaheen Bagh where he spoke as well. We caught up with the Raanjhanaa and Zero actor to discuss the ongoing students' protests and the change that is imminent. Excerpts from the engaging conversation:

You started this 2020 amidst hundreds of people singing the National Anthem and chanting Azadi. How different was it from a Bollywood new year?

I am not a party person. I don't attend many of them either. But that's beside the point. I was amazed by the number of people — without the distinction of age, caste, religion or profession — who come out on a chilly winter night to voice their dissent. This was definitely one of the best new year's night I have had. How has social media hate affected you since you joined the protest?

Most of the hate comments and posts are from the troll army. I do not mean that people, in general, do not post hate messages or threats — it depends on the social conditioning they have received and most of it is because they need to release their frustration somewhere. Social media is their outlet. But most of it is from the right-wing troll army, some are even from some sanghs. It is wrong to take them seriously. At times like these, when we have more people supporting the protests and coming out on the streets, we need not be scared.

Don't you think you can be targeted when you go to these rallies? What if someone from the troll army that you spoke about is present there? Can he not cause physical harm?

If a question like this arises then it shows us where our country is right now in terms of dissent. This is their tactic anyway. They want to scare people away. But deep down a bully is cowardly. They use aggression to mask that fear. These people are afraid of the protesters.

Do you think your participation in the protest helped the cause?

If I have to be honest I have to say I have not done much. The protests were already on. Just because I work in the film industry and people know me I am getting that limelight. From what people are telling me, it gives people a certain push when an actor or a celebrity stands with them and supports them. If they (actors and celebs) spend half an hour protesting for a cause it gives people the energy to go on for a week. People have been thanking me for standing with the students and protestors. But there is no need. When it is about our Constitution everyone should be on the streets, ideally. 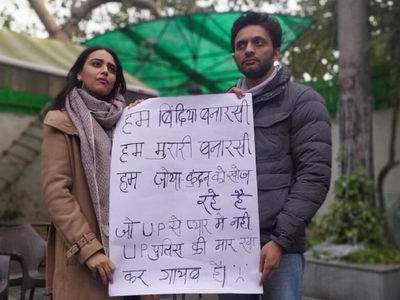 Is NRC, NPA or CAA a viable process?

As far as I understand it. This is a fascist move. The BJP, whatever it has gained, has come from aggression and power. It's all about keeping people in line by force. The only politics they have is vote bank politics. NRC is not something they can implement properly in a country as big as India. But they can identify people or sections of the community from the data they will have and suppress them if they do not feature in their vote bank. Even for NPR, who do you think will get the job of collecting the data? The troll army or their associates who are extremely biased themselves. Current India is an exact replica of Germany under Adolf Hitler. He had won twice, the second time with a larger margin. He too implemented a citizenship bill that would help him identify Jews. The only difference is that, there, people were supporting him and here most of them are ignorant. And even if you plan to implement the NRC where will the funds come from? The country is going through the roughest patch economically. The government is not being able to run companies and institutions like the Railways, NHAI and BPCL and are selling them off one by one to its corporate 'partners'. They have made education expensive as well or at least planned so. The taxpayer's money is not being used for the public. Rather to create chaos. They have been able to achieve the communal polarisation that they wanted. I just spoke to a young man who thought that all the violent protests were after the Jumma namaz. That is what a lot of people think. Because the government has built this narrative and fed it to the people skillfully through the media.

How do you see the opposition's role in all this?

I should thank the opposition for doing absolutely nothing in the past six years. It's not as if people came out in the streets to protest just NRC and CAA. This is a cumulative outburst of all the wrongdoings in the past few years. This is like a pressure cooker. The angst was boiling up and whenever it tried to let some steam out they blocked it. At one point the cooker will burst, won't it? But if the opposition was present and would have been fighting for the aam aadmi's rights, stopped a few wrong amendments and laws, then this outrage wouldn't be there. People have understood no one is going to stand up for them. They have to take a stand themselves to fight for themselves. But when they came down to the streets they realised that the entire country was thinking the exact same thing. People say that the younger generation is not bothered about politics or what's happening in the country — look at what happened. They proved that they were observing everything, not just going to pubs and malls, and living an indulgent life.

Have you protested in your student life?

My initiation to politics was a little late — around 2000 — when I took admission in college. But I really because aware only when I started performing in street plays and in all those 10 years we have criticised the Congress government — bringing out their misdeeds. 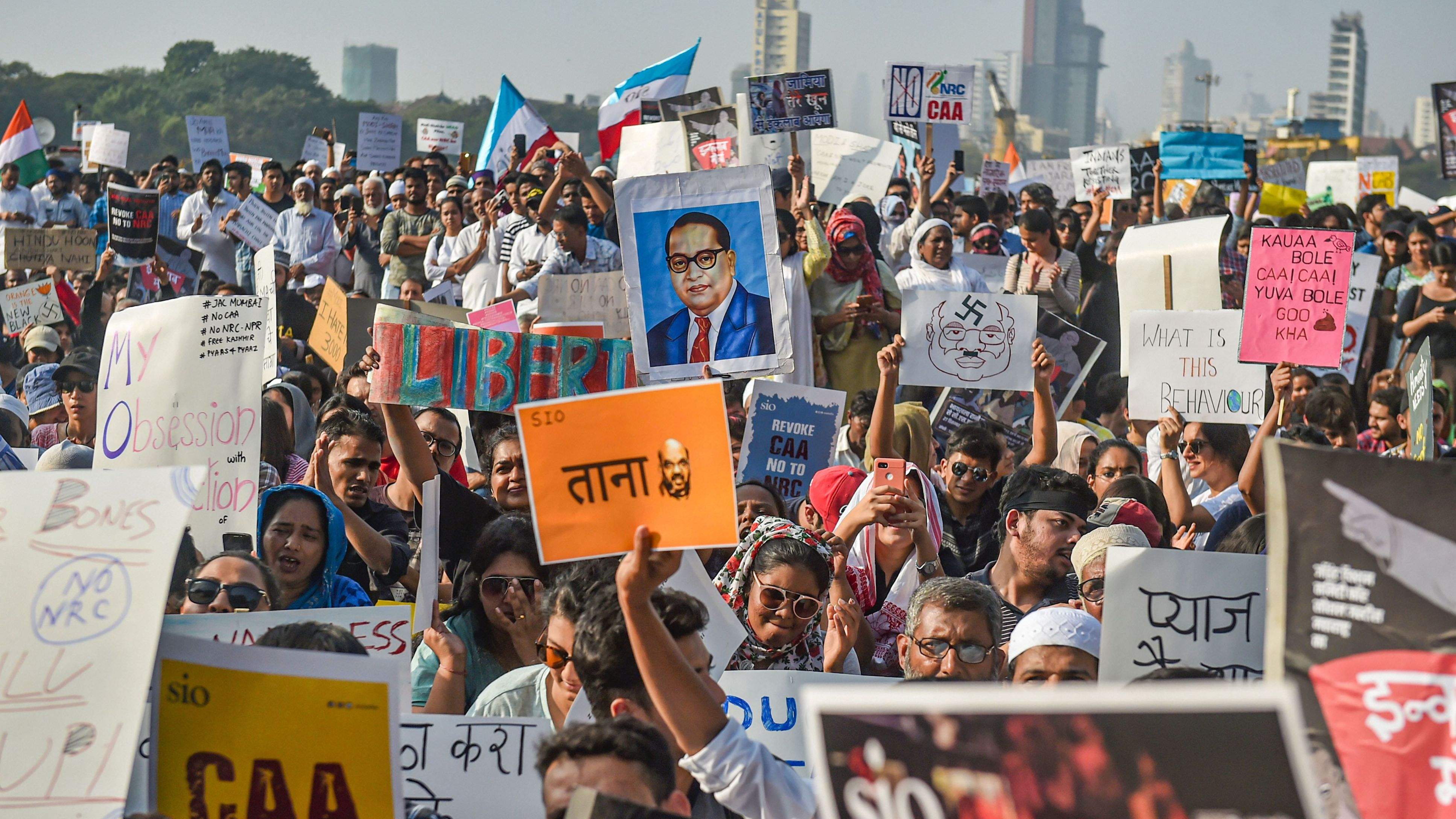 What is the way out, according to you?

The (BJP) government has pressurised the people so much that a nation who had voted out that same Congress government has turned against the current government. Be it Maharashtra, Jharkhand or any other state where the saffron is fading, it is not because people are voting for Congress or any party in specific — they are voting against BJP. So, the people in power have been working as the opposition themselves.

But these state election losses have not affected the Lok Sabha elections majorly.

Yes, but now that is changing. People who were neutral and sort of supported the government or even advocated for them are also enraged. The NRC-CAA protests have made them realise that enough is enough.