The police took them to a court on Monday and they were quickly remanded to judicial custody for 14 days. The college has rusticated them and their future appears to be bleak at this point

In surprisingly swift fashion, the Hubballi Police who had released three Kashmiri students on Sunday on a conditional bond, rounded them up once again on the same night and produced them before the court on Monday. The JMFC Court in Hubballi remanded the three accused booked under several cases including sedition to judicial custody for 14 days.

But not before there was some measure of drama. The court premises on Monday witnessed some tense moments after protesters tried to manhandle and beat up the students as they were being brought into the court. The protesters hurled abuses, shoes and blows on the students as police were whisking them away to safety. The protesters continued to raise slogans against the arrested students demanding they be deported back to their home towns.

The three KLE Institute students — Basit Aashiq Sofi of Sem Pora village in Baramulla district, Talib Majeed of Krandigam in Anantnag district and Aamir Mohi Uddin Wani of Batkote in Anantnag district of Jammu and Kashmir — have been handed over to Hubballi Rural Police who will be conducting the investigation till March 2.

The students were detained by the police on Saturday after they were found raising pro-Pakistan slogans in a video that has since gone viral. Hubballi-Dharwad Police Commissioner R Dileep said that the case has been transferred to the Hubballi Rural Police as the hostel premises in which the viral video has been shot falls under the particular station jurisdiction. 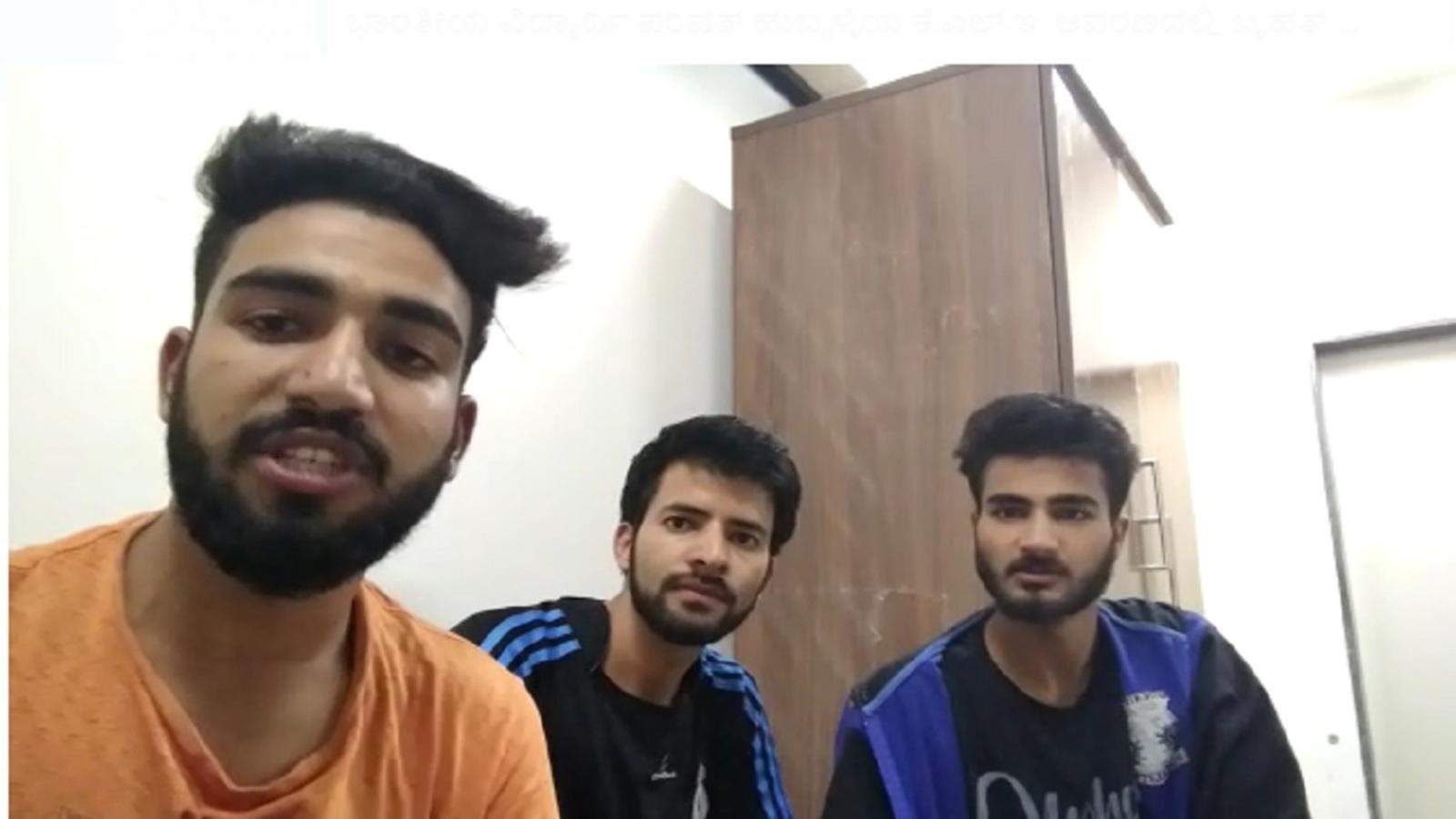 While two of the accused were studying in the second semester and one was studying in the sixth semester of civil engineering. On February 14, a video had gone viral in which the accused seen raising pro-Pakistan on the background of a song. The video was leaked on social media on the same day night and Gokul Road police detained the students and booked cases under IPC sections 124-A (sedition), 153 A and B on Saturday.

On Sunday, they were released briefly on a bond under CrPC Section 169. The Gokul Road police have already seized the mobile phones and laptops of the accused and sent it to the Forensic Science Laboratory for further inquiry.

Condemning the act of the police, members of VHP, Bajrang Dal staged a protest in front of Gokul Road police station on Sunday night. Following the huge protest, the police arrested the trio on Sunday late night and produced them in court on Monday. The Hubballi Bar Association had passed a resolution stating that advocates from the association will refrain from providing legal aid to three arrested students.