Is CMC Vellore, the only institute that stood up against NEET, about to lose the decade-long battle?

With the SC saying that an alternate exam could cause 'lawlessness' and there was no need to go against a properly effective system, the chances for CMC Vellore to win their right to handle their own

The long-drawn legal battle that the Christian Medical College, Vellore has been embroiled in to maintain its own criteria for admissions (as opposed to NEET) could soon be drawing to a close at the Supreme Court — but the signs are that it may not be in their favour. During the last hearing, on January 22, 2020, the Supreme Court bench that included Justice Arun Mishra, Justice Vineet Saran and Justice M R Shah, has concluded hearing arguments and has reserved orders — indicating that the judgement is imminent.

However, in another case filed by CMC Vellore in December 2019, where they asked permission to hold their own equivalent entrance exam for MBBS admission, the two-judge Supreme Court bench has been extremely harsh, before CMC's counsel withdrew the petition and the case was closed on January 27, 2020. The bench said, " Lawlessness cannot be created in this country. NEET is going to stay. This court will not go back (on its orders)."

The Supreme Court bench with Justice Arun Mishra and Justice Indira Banerjee stated that the court could not "partake in any decision regarding NEET", according to Medical Dialogues. It quotes Justice Mishra as having said, "Minority rights should not be used against NEET." He also had reportedly said that "the same issue had been raised before.  there are certain systems existing in the country, and running effectively, and against the backdrop of this set up, the court should not interfere." The SC has reserved the order stating that the matter will be concluded and added that various aspects of the case have already been covered by the court. 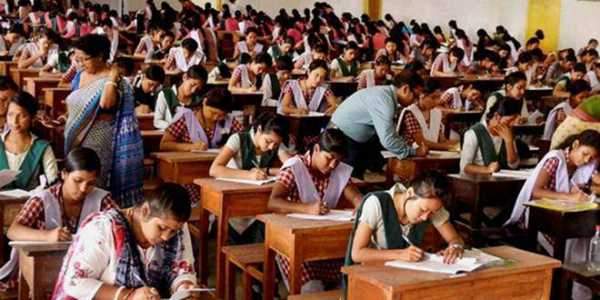 A legal battle that has spanned a decade

After the central government decided to implement the National Eligibility Cum Entrance Test (NEET) as the single way to get an MBBS admission across the country, the Tamil Nadu government went to court. CMC had begun fighting the matter (with other petitioners) since the idea had been floated in 2011 — after the Madras High Court failed to rule in their favour, the case was transferred to the Supreme Court in 2012. Though several other institutions — some minority-based, some deemed-to-be universities — had taken up the cudgel along the way, CMC remains the only institution that has stayed in court till the very end to fight against NEET. 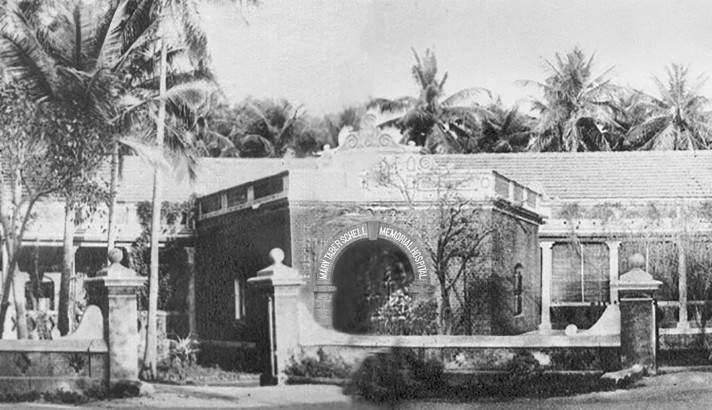 CMC has been around for over a century | Courtesy: cmch-vellore.edu

In July 2013, the Supreme Court has recorded that a three-judge bench comprising Former Chief Justice of India Altamas Kabir, Justice Vikramjit Sen and Justice Anil R Dave pronounced their judgement in the case, but they were not unanimous. While Kabir and Sen were against the conduct of NEET by the MCI as a singular entrance exam, Dave was all for it. And so the case plodded on until now, almost a decade later, the judgement is forthcoming.

Why is CMC adamantly against NEET?

CMC Vellore was established 120 years ago as a one-bed clinic by Dr Ida Sophia Scudder, the daughter of an American Medical Missionary. Admission was thrown open to men for the MBBS course in 1947. By 1950, the affiliation to the University was confirmed and the intake was increased to 60 under-graduate MBBS students in 1964, which has now increased to 100 MBBS students. Senior Lawyer Harish Salve who represented CMC in 2013, explained how they were a minority, unaided, non-capitation fee educational institution, run by the an Association comprised of 53 Christian Churches and Christian Organisations belonging to the Protestant and Orthodox traditions.

He also outlined how out of 100 seats available for the under-graduate MBBS Course, 84 are reserved for candidates from the Christian community and the remaining are available for selection in the open category with reservation for candidates belonging to the Scheduled Castes and Scheduled Tribes. Salve explained that the selection process comprises of an All India Entrance Test followed by a searching interview and special test devised in 1948. Salve also said that all students selected for the MBBS course are required to sign a bond agreeing to serve for a period of two years in areas of need, upon completion of their courses. Incidentally, CMC has claimed before the Supreme Court to charge fees which are subsidised and are "even lower than the fees charged by Government Medical Colleges".

An official with the Directorate of Medical Education (DME) in Tamil Nadu said that the government would not be quite as considerate as they had been in previous years, as their stance against NEET had softened

Can the Tamil Nadu government step in again?

The first year after NEET was implemented, CMC opted against carrying on with NEET-based admissions. That year, only one student was admitted. He was only admitted as he came under the defence quota. The following year, too the institute managed to secure an exemption order from the Tamil Nadu government and did not need to follow NEET-based admissions and admitted students through their management quota.

CMC has maintained that they did not oppose NEET but defended their right to hold their own counselling because the institution has their own criteria for admitting its students - which is to admit students who have a passion to work in rural areas. Through NEET, they would not be able to conduct interviews to determine whether the student has an interest or inclination towards the same.

If the Supreme Court ruling goes against them, not even an executive order by the state government can supercede the decision of the apex court. An official with the Directorate of Medical Education (DME) in Tamil Nadu said that the government would not be quite as considerate as they had been in previous years, as their stance against NEET had softened, "When the government was firmly against it, and the then Health Secretary was constantly fighting the case in the Supreme Court, there was a lot of sympathy towards CMC. Two years have gone now and with the political alignments having changed, it is likely that NEET will be enforced in every medical college in TN if that is what the Supreme Court decides," she said. 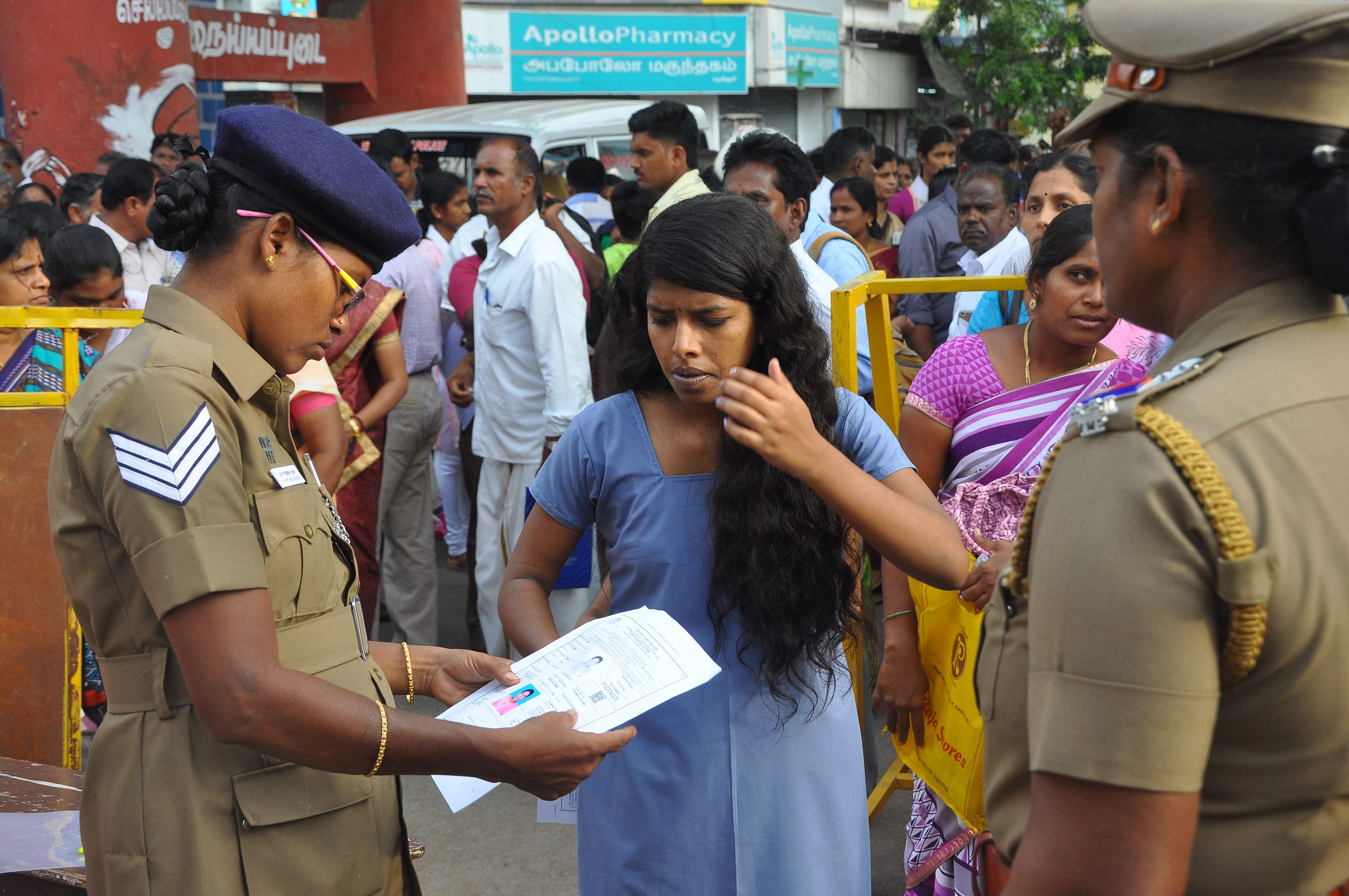 During the pre-NEET security checks | Express

Is this the end of the line — or will there be an answer?

When people are aggrieved by an order of the Supreme Court, they can apply for a review petition. In India, a binding decision of the Supreme Court/High Court can be reviewed, however, taking into consideration the principle of stare decisis, courts generally do not unsettle a decision without a strong case. Therefore it is unsure whether or not CMC would file a review petition.

When we tried to reach CMC Director Dr JV Victor for a comment he said that lawyers had advised them to not speak about it till they have some clarity from the courts. Taking the observations of the judges into account, it's left to be seen how the institute accepts the judgement when it is delivered — and how they choose to go about the upcoming admissions.

A CMC insider told us, they're "hoping and praying" for the best, but the question is: Are the right people listening?