The six-member student team from Amal Jyothi College of Engineering won first place at Reboot Kerala, a hackathon organised by the Kerala government

Over a year ago, the Kerala government's Department of Higher Education was searching the state's colleges for good ideas and students who would be able to execute them. Reboot Kerala, a hackathon organised by the department's Additional Skill Acquisition Program (ASAP) began earlier this year with various themes led by various government departments. Each theme brought in over 50 teams from every corner of the state who participated in a series of coding competitions.

In one such competition, which took place at Holy Grace College of Engineering in Thrissur, 30 teams were chosen under the theme of 'Agriculture'. Out of them, Team Cyberon from Amal Jyothi College of Engineering from Kanjirappally was awarded first place in the virtual grand finale. A team consisting of six students from the Computer Science and Electrical and Electronic departments, they developed Agrotis, a web and mobile application for farmers and the agricultural authorities. The team members are Noel Abi Kunjachan, Jerin Joseph, Nirmal Krishnakumar, Pratyash J Binu,  Sreya and Linu Joseph with their mentor Jis Joe Mathew. 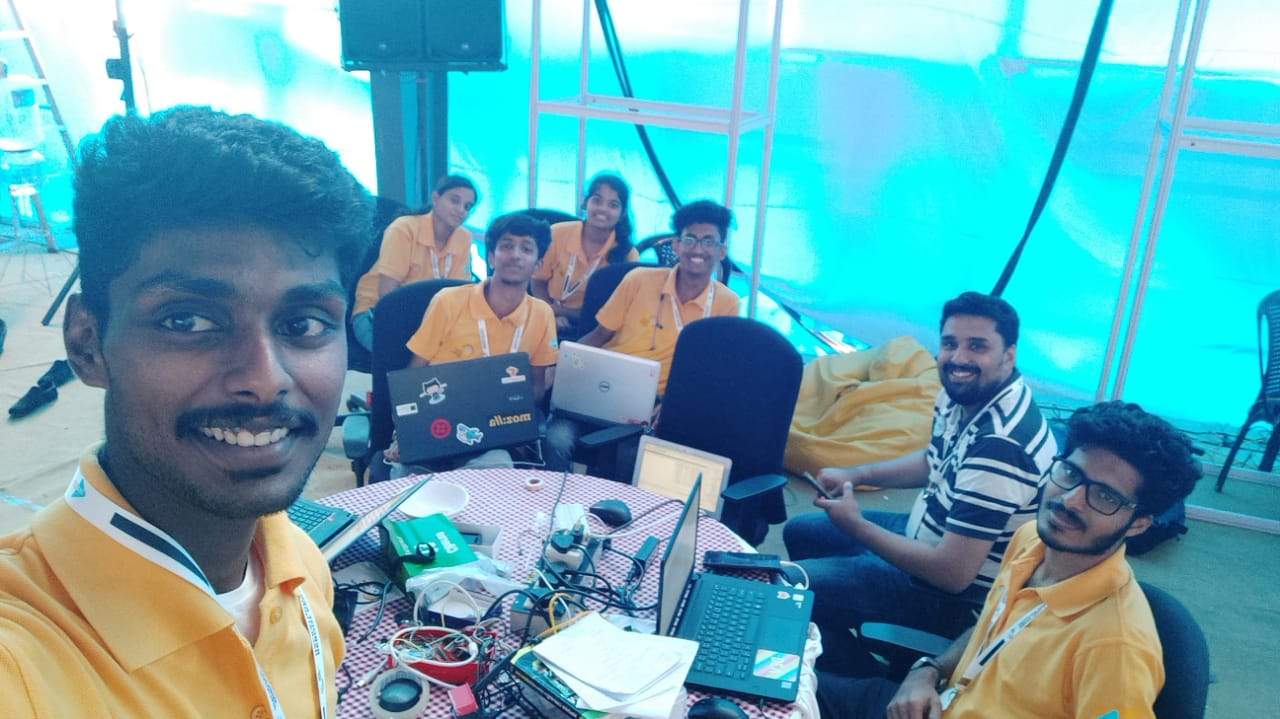 AGRI first: AGROTIS is intended for the farmers and agricultural authorities

"Once implanted in the soil, this device can instantly calculate the pH value, moisture content, temperature, humidity and other such factors of the soil," says Jis Joe Mathew. "This data is received immediately on the farmer's phone. All of this operates on a basic network, you do not even need internet to make it function. The device's inbuilt Machine Learning algorithm studies the data received and tells the farmer which crop can be cultivated in a particular area to receive the highest yield. That's the main aim of this device. It helps farmers select crops and tailor the conditions around it to maximise their yield."

In addition to this, Agrotis has a second phase of services. If a farmer is plagued by a particular strain of diseases or pests, all they need to do is take a picture of the affected area. Offline, the Machine Learning model is able to identify the exact disease and offer solutions. Later, the algorithm goes online to analyse the general data that is provided by the Government of India to offer further assistance.

"What really stands out about this technology is that it talks to you!" says Jis. "Agrotis is able to speak in local languages. For instance, if they live in Kerala, a voice assistant like Siri is able to communicate with the farmer in Malayalam. This was one of the features that the judges really appreciated about Team Cyberon at the Hackathon." On the other end, the data collected by the server is sent to agricultural authorities. It allows them to track the status of the device, condition of the soil and climatic changes in whichever areas the device has been embedded. It also helps them predict any future disease outbreaks and notify users in that particular region.