Last month, the National Commission for Backward Classes conducted a public hearing at the campus after there were several complaints about discrimination

Since Thursday morning, the members of the All India OBC Students’ Association have been conducting an ‘OBC Satyagraha’ at the University of Hyderabad to demand proper implementation of reservations on campus. The AIOBCSA are accusing the Vice Chancellor of "committing fraud against OBCs by denying and violating reservation policy and personally targeting students, non-teaching staff, and teaching faculty who are critical about his unjust policies".

Last month, the National Commission for Backward Classes (NCBC) conducted a public hearing at the campus after there were several complaints about discrimination in admissions, reserved posts going vacant, violation of reservation policies and ‘targetting’ of OBC students. The NCBC sent several notices to the University regarding the same. The students demanded that the University implement the commission's orders and send reports sought by the NCBC ‘without falsification of the information.’

“Implement the rule of reservations in spirit, and proper inquiry shall be conducted on the deviations and deprivation of OBC reservation policy and utilisation of OBC funds. Stop personal targeting of students, faculty members, and non-teaching staff by misusing authority and power by Dr P Appa Rao, Vice-Chancellor, University of Hyderabad,” the students said in a statement. 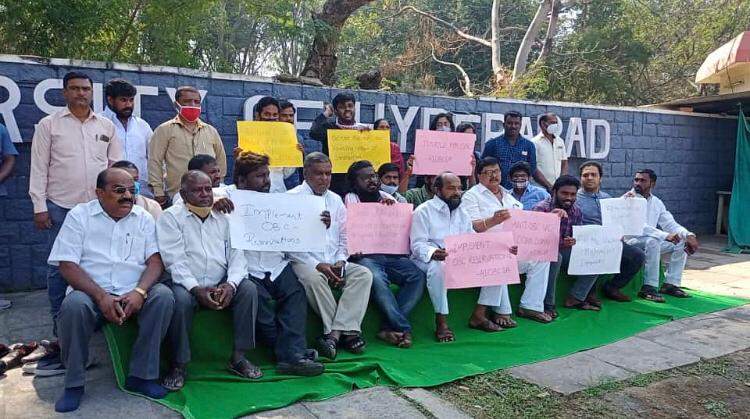 “Our efforts to involve in dialogue with the Vice-Chancellor have failed, and he is least concerned about OBC issues, which are genuine. We have submitted all our arguments based on RTI documents to the University’s OBC Task Force. Moreover, one of the members of the OBC Task Force had asked us to approach the Court rather than the University. The OBC Task Force was formed as a consequence of the NCBC’s intervention,” the AIOBCSA said.

The President of the AIOBCSA, Kiran Kumar Gowd said that the students would continue the protest till they get a positive response from the administration. “We have been receiving support from a lot of other OBC associations and the administration is right now discussing our demands. We carried on the protest through the night and don’t plan to call it off anytime soon,” he said.

The other demands include notifying all the vacant PhD and MPhil positions according to UGC guidelines, "stop targeting" OBC students, and that the violation of the OBC reservation policy in the preparation of the rosters should be corrected immediately. “On one side, OBC Associate Professor positions are not filled by stating “none found suitable” On the other hand, professor positions are downgraded, which will seriously impact the roster points and impact the rule of reservations. 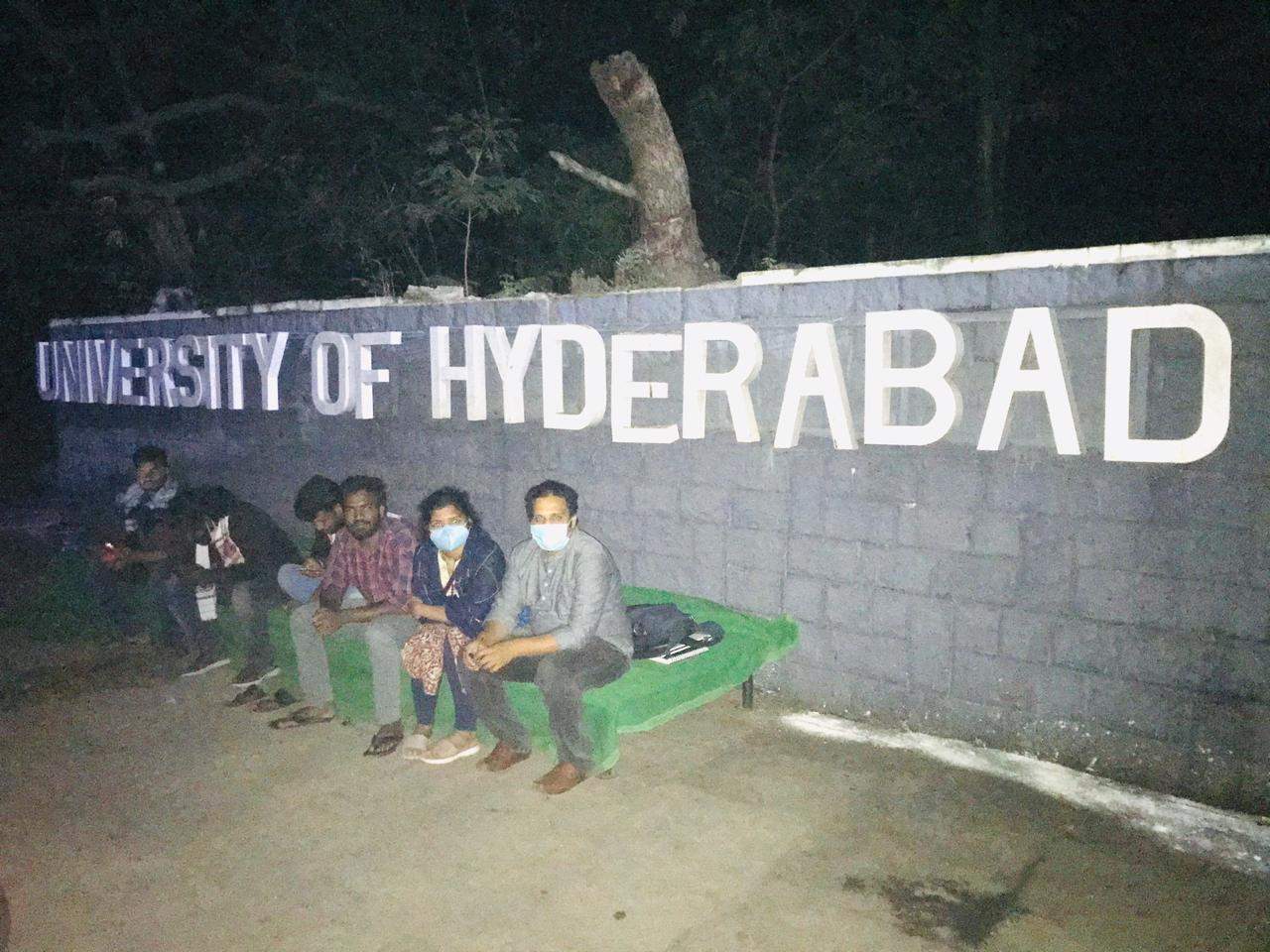 “The University should follow the UGC Regulation, 2018 regarding the allocation of PhD seats to Professor, Associate Professor and Assistant Professor i.e 8:6:4. When some schools are strictly implementing this formula, some are not following. The OBC fee structure should also be on par with SCs and STs. We need an academician who can work on OBC issues as a Liaison Officer such as anti-discriminatory, equal opportunities, GS-CASH (ICC) and SC/ST cell.” the AIOBCSA said in a list of demands they submitted to the administration.

They also elaborated on non-teaching issues faced by OBC employees that they wanted the administration to address, “Immediate withdrawal of memos and show cause notices issued to the office bearers of staff union and OBC employees, especially who participated in protest against the administration. Awarding of first promotion (conditional) as JOAs to the 19 employees, as a one time measure, as considered to earlier. Speed up the process for recruitment of compassionate appointments. Immediate formation of OBC grievance cell to solve OBC employees issues.”

With regard to the teaching issues, the Association said that there should be an ‘Implementation of the Rule of Reservations in the Institution of Eminence (IoE) Research projects and faculty positions and the appointment of OBC faculty members in the administrative positions immediately'.