Kalpalata Mahapatra, an Anganwadi worker in Beguniapada block, and her elder daughter Soumya Saswatee Mahapatra pledged their bodies and organs with Body and Organ Donation Society of India (BODI)

In a rare gesture, a 43-year-old woman of Polasara block in Ganjam district and her daughter have pledged their bodies and organs for donation after death. Kalpalata Mahapatra, an Anganwadi worker in Beguniapada block, and her elder daughter Soumya Saswatee Mahapatra pledged their bodies and organs with Body and Organ Donation Society of India (BODI), an Odisha-based organisation, on December 13.

Soumya is working as an engineer with CEAT Tyres in Chennai. Kalpalata's younger daughter, a minor, is also willing to follow her mother's footsteps once she attains adulthood. "After death, our bodies are burnt which is of no use. Instead, people could donate their bodies for the interest of mankind. For a long time, I was thinking of donating my body after death to give life to others. One of my friends informed me about BODI and immediately, I contacted its convenor Pravas Acharya," she said. 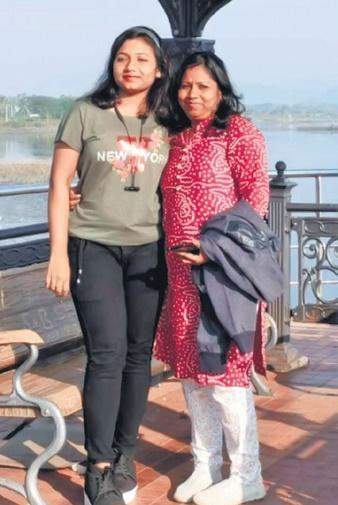 When Kalpalata told her daughters about her intention, they expressed happiness and even showed interest to do the same. "Last week, Soumya came home from Chennai and we pledged our bodies and organs for donation. My younger daughter has to wait as only a major can make the pledge with BODI," she informed.

Acharya said that the number of people pledging their bodies and organs for donation is less due to lack of information and misconception. However, more people like Kalpalata are coming forward to join the noble cause and render their selfless service to the mankind.

Kalpalata, a post-graduate in Odia, was a lecturer in a local college for more than four years. However, she had to quit her job after marriage. After giving birth to two daughters, she started to have differences with her husband. She along with her daughters separated from her husband. To cope up with the distressful situation, Kalpalata took to writing and contributed to various magazines. She had also penned a book 'Chinha Janha Achinha Kain' and is a recipient of Madhusudan Das Memorial Award and Kabita Kalpalata Award.