While Delhi and surrounding areas, the epicentre of the protest saw road blockades and toll plazas, Kolkata saw students join protests and demonstration on its almost deserted roads

The nationwide bandh called by farmers' unions has garnered support from not just opposition political parties but from the working class, labour unions and even students across the country. 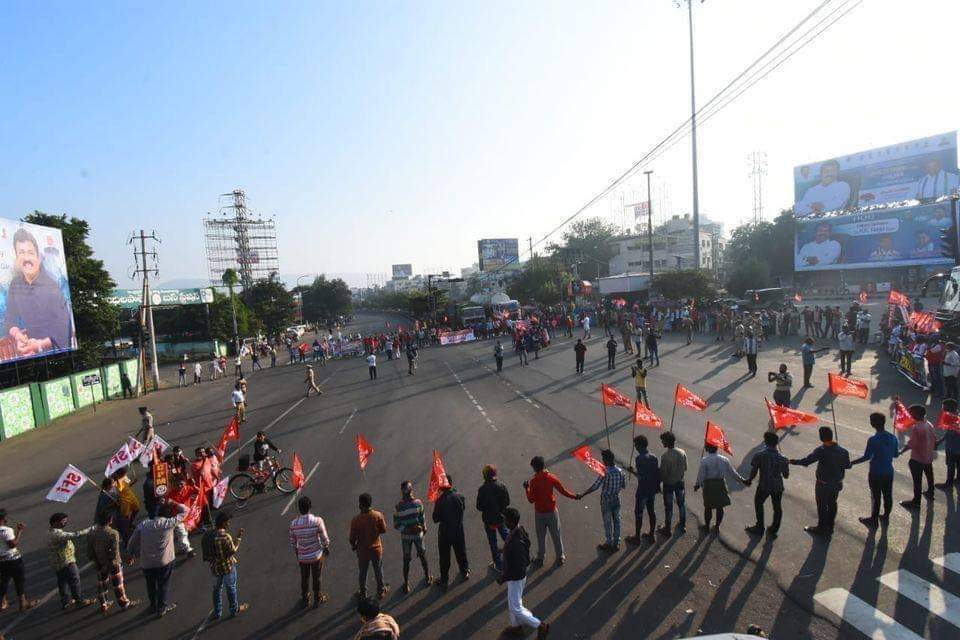 While Delhi and its surrounding areas, the epicentre of the protest, saw road blockades and fortified toll plazas, Kolkata saw students join protests and demonstration on the almost deserted roads. Some of the rail tracks were also blocked across West Bengal and Bihar. Effigies were also burnt in various places across the country. The strike has affected lives in most parts of the country with a few exceptions. "Students have joined the protest in various places across the country including Delhi, Kolkata and Andhra Pradesh," said SFI General Secretary Mayukh Biswas. Protests have, reportedly, been peaceful so far in the major cities. But dozens of protesters were detained in various parts of Assam, officials said. Students have come out in support of the farmers in many parts of the country — not just in the urban areas but in rural India as well, said Vijoo Krishnan, Joint Secretary of the All India Kisan Sabha. "We have had the support of the students of this country from the very beginning. They have joined the protests peacefully across the country including the protests with the farmers on the borders of Delhi, said Krishnan. The All India Forum to Save Public Education had urged students to join the protests on the day of Bharat Bandh. "For the last 10 days, millions of farmers are sleeping on various borders of Delhi in this chilling cold and have taken up the battle against the bondage of contractors and big corporates. They are demanding the rollback of agricultural laws, scrapping of Electricity Amendment Bill 2020 and legislating the demand of MSP," said the statement from the forum that includes various student organisations — mostly left-oriented and some apolitical groups. 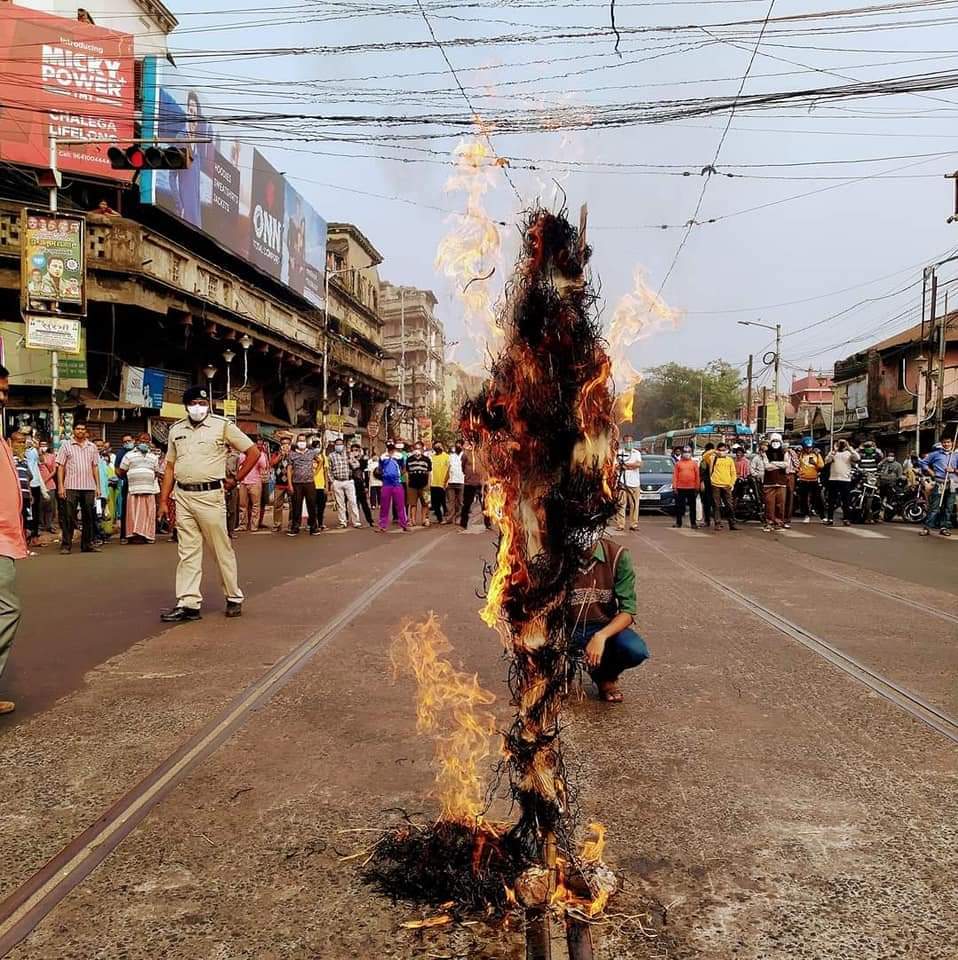 Their appeal also added how they feel about the government affecting education in general and how it tied in with the farm Laws. "The NDA regime has been on a spree of privatisation since its coming to power. The NEP 2020 has commercialised education to an unprecedented extent and has sold the education sector to the corporates. It is the same corporate loot that the NDA is encouraging through the recently passed Farm Acts. By attacking the basic livelihood of the farmers of the country the regime aims to destroy the future of not just the farmers but also their children, who are already marginalised from education due to the neoliberal educational policies and will be further marginalised by the attack on their family livelihood. Hence, it is necessary that we, the student community should stand shoulder to shoulder with the farmers of our country in fighting the neoliberal fundamentalist forces," said the joint statement.