The English professor was arrested on July 28 for alleged links to the Bhima Koregaon violence, ten months prior to that, his house was raided by the Pune Police

This is probably one of the most difficult birthdays that Delhi University professor Hany Babu has had all his life, away from his family and friends. As a sign of solidarity, Hany Babu’s students decided to write him letters telling him about how he changed their lives, what he means to them and why their support for him will not waver.

Babu turned 54 on August 16. The English professor was arrested on July 28 for alleged links to the Bhima Koregaon violence. Ten months prior to that, his house was raided by the Pune Police who ended up seizing several books, his academic works, devices and hard drives. Several activists, academicians and students have condemned his arrest and he has been receiving widespread support. But on his birthday, his students on their Facebook page - Students in Solidarity with Professor Hany Babu - called for letters to be written for their teacher and received over 250 letters in response. 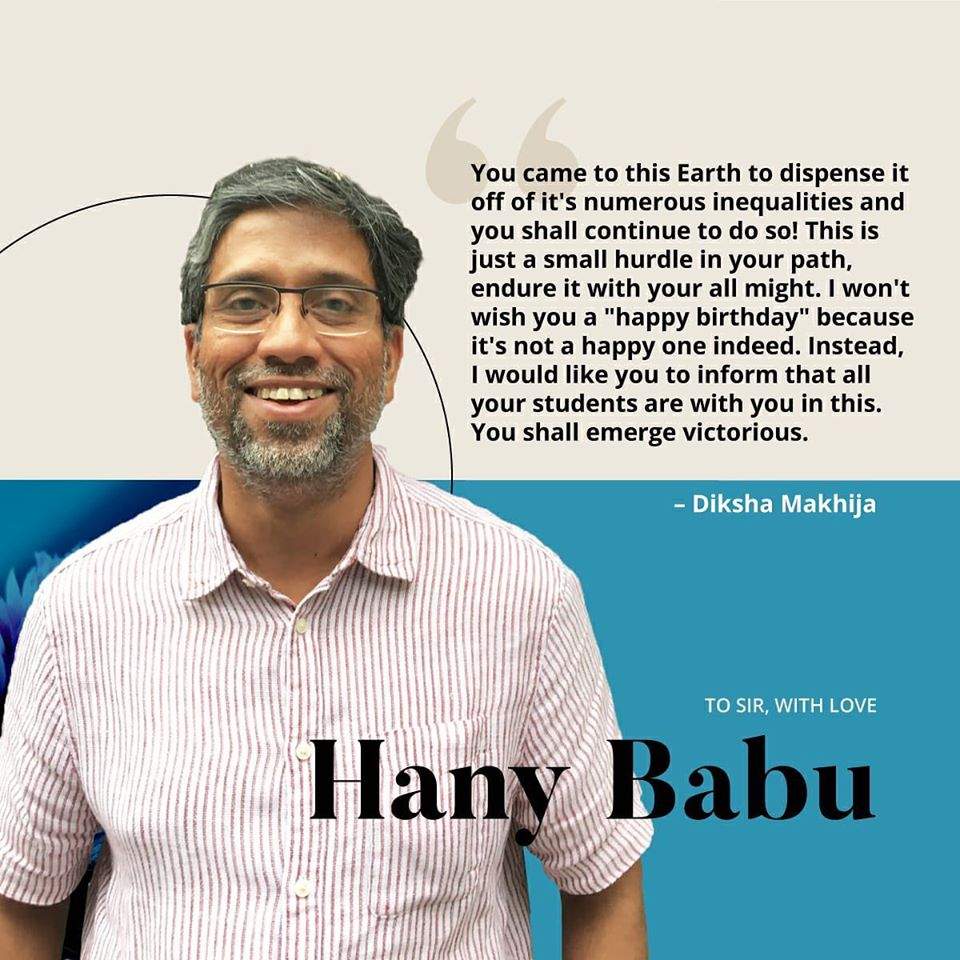 After the massive response, the admins behind the page have promised to show the letters to Babu’s family who would, in turn, take it to Babu. The page has published some of the letters that students have written. A former student of his recalled an incident where Professor Babu, during their Language and Linguistics internal assessment, allowed the students to pick a topic of their choice, “We were 300 students, no other professor would have gone through this much effort. And you gave each and every one of us your time and attention. On your birthday, I don’t know what to wish for you because you have shown courage, patience and you have shown undeterrable moral compass.”

Another student who was in the professor’s MA batch five years ago said in their letter, “You were the first person I encountered at the receipt submission process. I remember feeling nervous because I could not speak fluent English. After entering the department I was immensely influenced by you, the way you used to teach was simply awesome. I wish (for) you to be released with respect. Happy birthday, sir, the upcoming years are waiting to see your powerful writings against the wrongs of the system.”

A BA student from 2009 wrote, “There are generations of students standing right by you. We’re so proud of everything you’ve done and continue to do so. You will never be alone. Janm Din Mubarak Sir. Jald he milenge  (Happy Birthday, sir. We will meet soon). 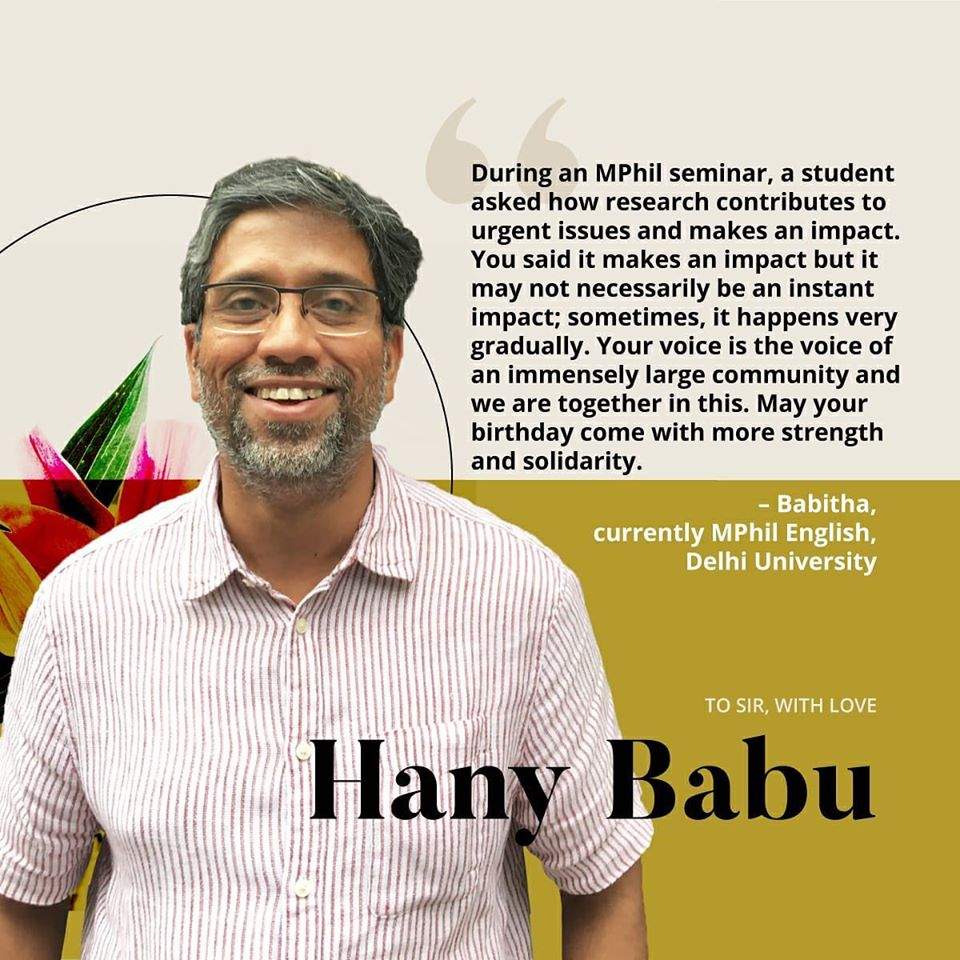 “You are a hero, sir. And will remain a hero. No fabricated lies can change this. Hum Dekhenge (We will see) Now on your birthday, I share my hope that you will soon be with us and remain a support and role model to all the students and activists,” another student wrote.

A student from the Arts Faculty wrote a heartfelt note despite not being in his class, “Unfortunately for us, he went on a sabbatical the very semester he was supposed to teach us. The entire batch was not just sad but outraged that he had chosen to take time off just when we had the chance to head the brilliant professor speak. Later, we became more angry when we found out he was taking classes for the NCWEB (girls only), we wondered why he would ignore the majority of students and give classes to the small group. It is only in retrospect that I realise what such a move meant for him. For this too, on his part was a political act, a part of who he is - a person who cares for the minorities. And for that, he has my utmost respect.”

“All his lectures were filled with principles of inclusivity, diverse thoughts, open-ended discussions, students' participation (even the most hesitant like me found a voice in his lectures because he made all our opinions feel valuable). It is heart-wrenching to see such a person and his family suffer injustice, for raising their voice for inclusivity and humanity,” another said in his letter.

Almost 400 current and former students of Hany Babu released a statement immediately after his arrest demanding his immediate release. “The nature of his alleged crime remains unclear because the NIA’s warrant is, in our, opinion, deliberately vague with clearly fabricated accusations. According to new reports, the evidence that has apparently led to Prof Babu’s arrest was based off an e-folder on his hard disk. He was, however, not give a hash value for his laptop. We believe this is a direct attack on education, activists and the academic space at large,” the students signed.

Babu is being held in custody until August 21.