M C Vasisht, a History professor at Malabar Christian College, Kozhikode, along with his students have come up with imaginary newspapers

Blame it as much as you want, but your life will be completely different without print media. Well, maybe not a lot for millennials and Gen Z folks, but the generations before that certainly waited for the newspaper in the wee hours of the day to know what happened around them and around the world, the previous day. In fact, this is how the day began for most of them.

However, the grey lady and her companions aren't even that old. They did not exist to tell us what happened during the first battle of Panipat. A lot of our great grandparents did not get to read newspapers that spoke to them about the revolt of 1857 or when social reformer Sree Narayana Guru, who belongs to a lower caste consecrated the Shiva idol, which usually only upper castes did. But a professor and a few of his students from Kozhikode's Malabar Christian College have now come up with a project called 'imaginary newspapers' where they have reimagined and created newspapers that would have existed in older days. 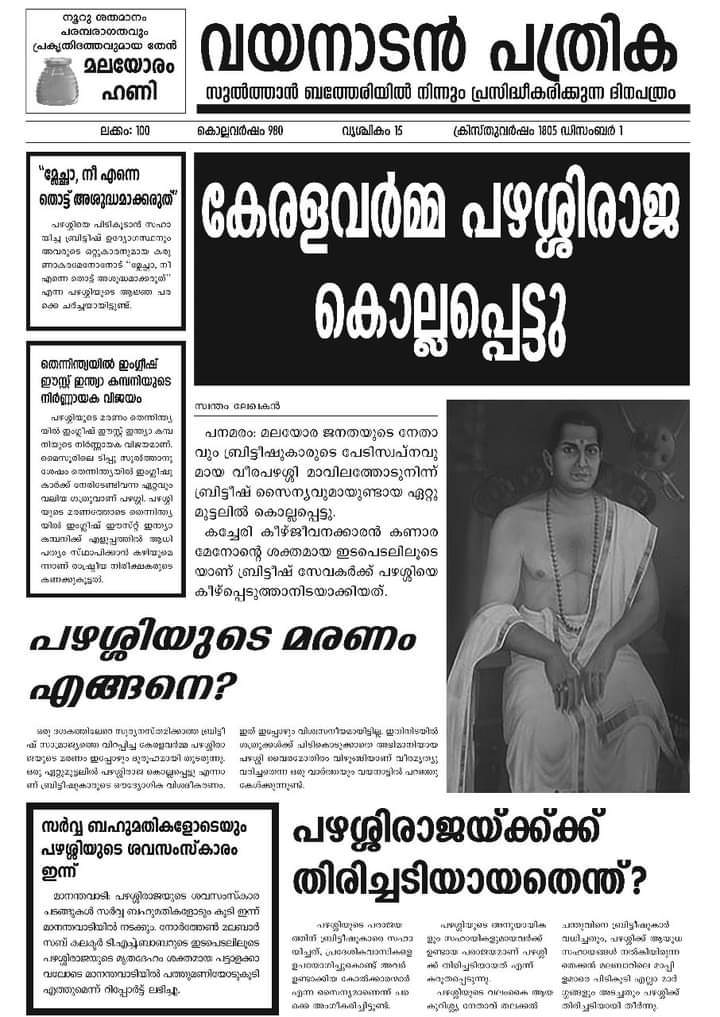 "This was a lockdown project that I undertook along with my bachelor's and master's students," says MC Vasisht, a history professor. "This was an interesting way to get them to learn the history and give them a hands-on training in journalism. The idea hit me during the lockdown. Bachelor's students were done with their viva and this seemed like an interesting way to divert their energy in a creative way," he says. while the idea was originally Vashist's, he tells us that the students did all the writing, editing and design. As a historian, he only selected the topics and obviously took care of fact-checking, ensuring that only accurate facts were presented.

Each newspaper has a different name. While three of them are in English, seven are in Malayalam. An imaginary English newspaper that goes by the name 'Tanjore Times' has its first page dedicated to the death of Chola king Rajaraja Chola. 'Shockwave grips Cholamandalam; Chola Samrat Rajaraja is no more' reads the lead story's headline. There are snippets that talk about people mourning, his past where he crossed the seas and a possible shift of capital. The front page also has an imaginary advertisement for Tanjore Jewellery, which is apparently popular for silver anklets.

Another Malayalam newspaper called 'Wayanadan Patrika' talks about the death of Kerala Varma, who was the king of the Pazhassi kingdom during the late 18th century. It also touches about how this has helped the British East India Company to gain more control over Northern Kerala.

Along with this, the students have also created video documentaries on the same topics.