Tamil Nadu-based activist Prince Gajendra Babu, the General Secretary of the State Platform for Common School System has urged the Tamil Nadu Chief Minister in a strongly worded letter to oppose the New Education Policy as he believes it negates the vision of the Constitution of India. Babu accused the NEP of putting the federal character of the Constitution in danger and argued that the state’s efforts so far to establish a strong public education system would go in vain.

Babu said in his letter that his organisation had responded to every call for suggestions and recommendations from the MHRD ever since the NEP began to get drafted. Despite demanding that the NEP be released in all languages, Babu had said that the MHRD had not taken any steps to do so and only did it for a shorter version. It was only with the volunteering of teachers and activists that the final version was translated into Tamil, he added. Yet, despite responding at every stage and submitting their arguments against aspects of the policy, the activist claims nothing had come of it. He listed many reasons as to why the Tamil Nadu government must oppose the policy. These are some of the major argument the activist makes:

1. Babu says that NEP 2020 demolishes the Federal Character of the Constitution of India by promoting Centralisation. “The power and authority to formulate policy and regulate all universities is now sought to be with the Union Government and the responsibility to deliver the same as dictated by the Union will be with the State. Establishment of a single Central Regulatory Authority by the Union Government to regulate the Higher Education Institutes including all State Universities is in violation of Article 246,” he adds. 3. It was not placed in the Parliament or the Tamil Nadu Legislative Assembly for a discussion despite the fact that it had such massive implications for the country.

4. Financial liability is more on the state, he adds, “For a college to survive it needs to meet the requirements as formulated by the Central Regulatory Authority established by the Government of India. If a college fails to achieve the required grade in a required period of time it has to become a part of the University. The State Government will be forced to bear the financial burden of each Government College to achieve the required grade within a specified time. Merger also has serious implications for management of colleges, status of staff, salary payment and student regulations.

5. “Tamil Nadu has many strong research institutes and CSIR laboratories whose status the NEP has called into question as they are neither large nor multidisciplinary. There is imminent threat to institutes like the International Institute of Tamil Studies, Central Institute of Classical Tamil and others. The conditions laid out in institutional restructuring in NEP 2020 will pave the way for closure of Government Arts and Science Colleges and Universities established with the intention of social and linguistic developments, while increasing the proliferation of private institutions,” he pointed out. 7. “NEP talks about merit and if the meritorious among the disadvantaged group suffers economic incapacity, such students will be considered for a scholarship. Taking into account the difficulty of such students in overcoming caste oppression, gender oppression, disability, etc., there can be no equal benchmark. NEP makes no provision to assess such difficulties while tracking the progress of students,” the activist wrote. He pointed out that the NEP will also undo Tamil Nadu’s efforts to provide reservation based on social oppression. With regard to grants for research, the activist says that the NEP doesn’t consider the difficulties of marginalised students, “ An equal benchmark for the students coming from the socially oppressed community and the students coming from other communities is nothing but a blatant tool to prevent the academic progress of the Socially and Educationally Backward Classes of the Society.” He also said that the NEP denied research scholars any academic freedom and the strict regimen would push many out off the course.

8. “A student has several advantages under the present 3-year Degree Course and 2-year Master's Degree Course. NEP arbitrarily introduces new pattern of Degree and Post Degree Courses without any reason backed by any study in India and its impact on the social and educational development of the people of India,” the activist wrote about the 4-year undergraduate and 1-year Masters degree rule.

9. There are multiple exit options for students, no attempts to keep students inside the classrooms, he says of the NEP. “Even though NEP 2020 talks of equity and inclusiveness, in reality, at every stage and in every field, it paves the way for elimination of first-generation higher education entrants from completing or pursuing their goals,” he added.

10. He also criticised the NEP’s decision to do away with multiple university entrance exams and the responsibility to conduct exams falling squarely on NTA, “Such a proposal raises suspicions of wanting to profit from obsolete, outdated tools and methods. Such a plan fails to recognize the diversity of people in India. Ensuring equal access to quality education at the college level for all students should be the aim of education in India today. NTA will never be able to bring quality or equality in higher education,” he wrote. 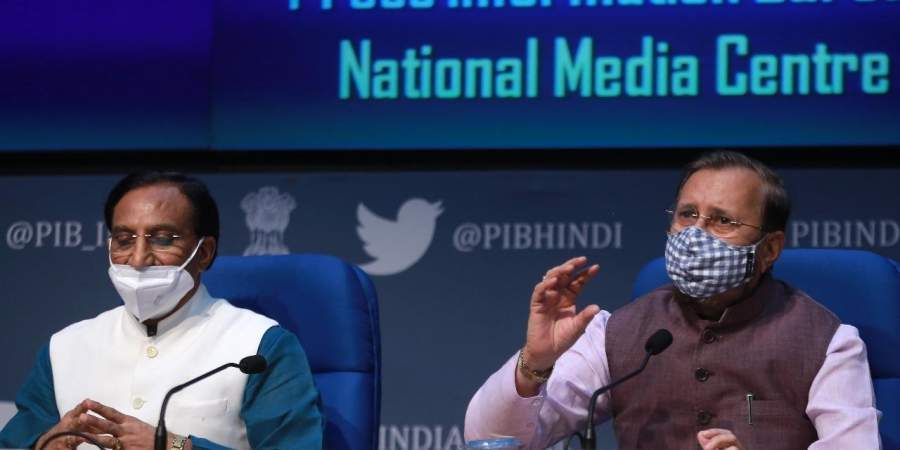 11. “The private HEIs are allowed to generate a surplus and expand their field of operation both geographically and otherwise. Treating both Private and Public on equal foot is the condition in General Agreement on Trade in Service (GATS) under World Trade Organisation (WTO). This is to facilitate Foreign Direct Investors generate profit,” he pointed out.

12. Babu states that the NEP makes no reference to democracy on campuses or academic freedom, “Students come to educational campuses in pursuit of knowledge and to critically examine the reasons for stagnant social order and evolve new ideas for social emancipation. There is no scope and space for academic freedom to learn and express what the student understands and desires.”

13. NEP 2020 has fixed the target of achieving 50 percent Gross Enrollment Rate in Higher Education by 2035. Tamil Nadu is already 15 years ahead. For the State to build on this and achieve further progress, we need to defend the Rights of the State Government, Protect the Public Institutions and ensure the strengthening and further develoment of the public education system in the State of Tamil Nadu, the activist said in his letter.

Besides this, Babu in his letter, has also criticised the teacher training course being extended to 4 years, "The present 2 year Diploma in Elementary Education provides opportunity for all, especially women, to become teachers. In the Indian social condition it will be a challenge for anyone to pursue four year teacher Degree Course in a Teacher University. NEPis premised on a misconceived idea that by increasing the number of years of study, the quality of teachers will be improved."