Bollywood Actor Irrfan Khan dies at 53: Five iconic roles you can rewatch to relive the enigma

As we mourn the death of one of Bollywood's most talented actors, his movies are here to remind us of his excellence in Indian cinema and abroad. Here's a list of Irrfan Khan's most memorable roles

Forever known for keeping himself distant from the Khans of the Bollywood industry, the quirky and outspoken Irrfan Khan proved himself with each of his movies and never hesitated to deliver quality over quantity. The sudden news of his death on Wednesday, April 29, sent a shockwave through the Bollywood and Hollywood industry with his colleagues, well-wishers, directors, all expressing their condolences for the versatile actor. Best known for his roles in films like Life of Pi, Angrezi Medium and Maqbool, the actor passed away at the age of 53 years after he was hospitalised earlier this week at the Kokilaben Hospital in Mumbai for his colon infection. While we mourn the actor extraordinaire, we still have his memorable roles to keep him etched in our memories, forever. Here are some of his iconic roles throughout his short but successful career.

Saajan Fernandes (The Lunchbox, 2013):  Irrfan Khan had apparently chosen this film as he liked the script and the way his character was framed. It was Irrfan Khan's highest-grossing Hindi film, up until it was surpassed by Hindi Medium in 2017. The Lunchbox was nominated for the Best Film (Not in the English Language) category of the British Academy Film and Television Awards (BAFTA) 2015. This film gathered numerous other laurels at award festivals because of Irrfan Khan’s unmatched portrayal of a lonely accountant, who mourn his wife's death and is about to retire from his job. Even though he never shared screen space with Nimrat Kaur in the movie, his chemistry with her character was completely visible because of the actor's brilliance. 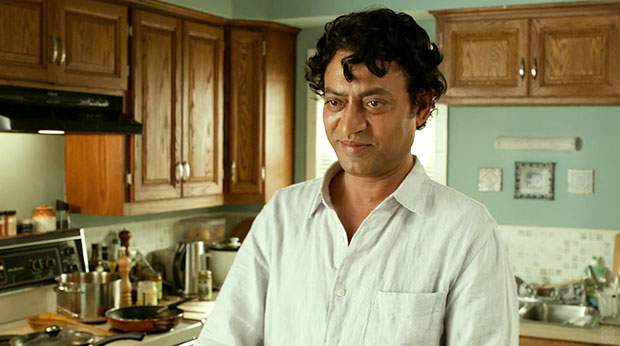 The older version of Pi Patel in Life of Pi (2012): Pi Patel is a boy who survived being lost at sea with a Bengal tiger. Irrfan who is the older version, his role involves dictating the fantastical story to a curious writer (played by Rafe Spall) over a nice meal. As expected from a highly skilled performer like Khan, who has appeared in both Indian and American films since the ’80s, he makes the dialogue-heavy moments engaging. The film had its worldwide premiere as the opening film of the 51st New York Film Festival at both the Walter Reade Theater and Alice Tully Hall in New York City on September 28, 2012.

Billu in Billu/ Billu Barber (2009): It stars Irrfan Khan and Lara Dutta in the lead roles and features Shah Rukh Khan, Om Puri, Rajpal Yadav and Asrani in supporting roles. The film was released on February 13, 2009, worldwide. It was an official adaptation of the 2007 critically acclaimed Malayalam film Kadha Parayumbol. It is also a re-telling of the story of Sudama and Krishna. Irrfan's role as the barber in the movie has been critically acclaimed through the years even after the film left the theatres. The film was screened at the 2009 Hawaii International Film Festival.

Raj Batra, Hindi Medium (2017): This movie was made on a production budget of Rs 14 crore and it was released on May 19, 2017, and received a generally positive reception from the critics, with particular praise for Khan's performance. The film grossed Rs 322.4 crore (US$45 million) at the worldwide box office, becoming one of the highest-grossing Indian films of all time. At the 63rd Filmfare Awards, it won the Best Film award and the Best Actor award for Khan.

Shaukat (Karwaan, 2018): The film stars Irrfan Khan, Dulquer Salmaan and Mithila Palkar. The film also marked the Bollywood debut of Salmaan. It was released on August 3, 2018. The film received positive reviews from critics. Khan plays Shaukat, a fast-talking streetwise smartass, who fits comfortably into the role like it was made for him. Such is the enigma of his scenes that it almost seems as if Irrfan, in a fit of inspiration, might have just come up with his own dialogues after having been disappointed by the ones handed to him.