Since the AMUSU is not likely to have an elected body this year, he urged the VC to donate whatever is left in the funds — around Rs 26 lakh

As the medical staff around the country tirelessly fight the COVID war, Former President of Aligarh Muslim University Student's Union Dr Maskoor Ahmad Usmani requested the Vice-Chancellor to donate around Rs 26 lakh from the Students' Union's funds to the health workers who need support to fight the virus.

Maskoor, in his letter to the VC, Dr Tariq Mansoor, wrote that medical practitioners from across the country have complained about the shortage of PPEs, Masks and Testing kits to fight the Coronavirus. "We as a fraternity owe a lot to them, with the confirmation of new cases in Aligarh, the anxiety of medical staff at Jawaharlal Nehru Medical College, Aligarh (JNMCH) is evident," he said. "The Students' Union account must have a lot of surplus money this year and it is safe to assume there will be no elected union this year. The allocated budget of the previous years has been around Rs 22 to 26 lakh. This amount might not be a lot or even sufficient but can add in helping out the medics. As a patron of the Students' Union, the VC can make good use of the allocated fund," he added and suggested that the varsity can use the Union funds to buy PPEs, Masks, Testing Kits and any other medical equipment as Dr Mansoor deem fit as a medical professional himself. Dr Mansoor specialises in surgery. 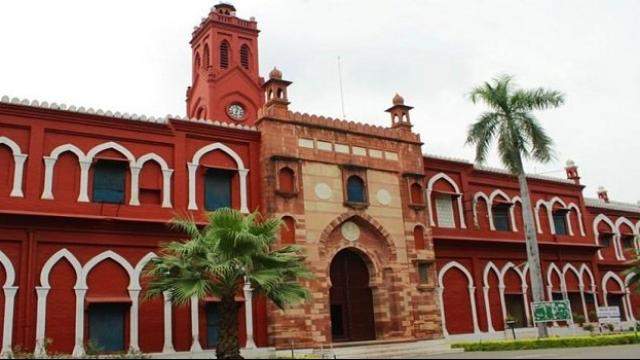 Though he spoke independently, he felt that students would have no objection to this, "As a former president of the Student’s Union, I feel if we had an elected office, the office would have done the same," said Maskoor and added that more than 10 per cent of the global death count comprises doctors and other medical staff and this is a matter of grave concern. "The government agencies are doing what they seem to fit their action plan but it is clear that the actions taken aren't enough. I have no doubt to believe that my alma mater will stand its ground in this tough time to help those who are in need," he added.

He also urged the VC to hold the Students' Union election in the first 6-8 weeks in the next session as recommended by the Lyngdoh Committee.