Shaken and stirred: How India's economy can claw itself back in a post-COVID world

The report has the projections for only the major economies and does not include its analysis for individual countries or regions. The report said that the priority should be to contain COVID-19

Since the Coronavirus hit the world we are also fighting a simultaneous pandemic — the global economy now faces its worst recession since the Great Depression of the 1930s. But International Monetary Fund's (IMF) latest projections point out a silver lining — The IMF projected a partial recovery in 2021, with growth rates that would be more than the previously projected trend.

Economic Counsellor Gita Gopinath expects India to rebound in the next fiscal year with a growth rate of 7.4 per cent, more than the projected 6.5 per cent in the January report. But the level of GDP growth, the IMF report said, will remain below the "pre-virus trend" and there is considerable uncertainty about the strength of the rebound. "Much worse growth outcomes are possible and maybe even likely. This would follow if the pandemic and containment measures last longer, emerging and developing economies are even more severely hit, tight financial conditions persist, or if widespread scarring effects emerge due to firm closures and extended unemployment," said Gita. "When the world economy last faced a crisis of this magnitude in the 1930s, the absence of a multilateral lender-of-last-resort forced countries to scramble for international liquidity, adopting futile mercantilist policies in that pursuit, which further worsened the global downturn. A crucial difference in the current crisis is we have a stronger global financial safety net—with the IMF at its centre—that is already actively helping vulnerable countries," she added. The IMF released only the first chapter of the World Economic Outlook (WEO) report and said the full report would be available next month. The abbreviated report has the projections for only the major economies and does not include its analysis for individual countries or regions. The report said that the priority should be to contain COVID-19's contagion although these "necessary measures to reduce contagion and protect lives will take a short-term toll on economic activity." But they "should also be seen as an important investment in long-term human and economic health," it added. The WEO said that "dampening the impact of the shock on the most exposed households and businesses should rely heavily on temporary and targeted policies, including cash transfers, wage subsidies, tax relief, and extension or postponement of debt repayments" and noted that India has announced new food and cooking gas distribution and cash payments to poorer households. The WEO projects consumer prices in India to increase by 3.3% this fiscal year and by 3.6 in the next. The current account balance is projected to fall by 0.6% this year and by 1.4% next year, according to the report. 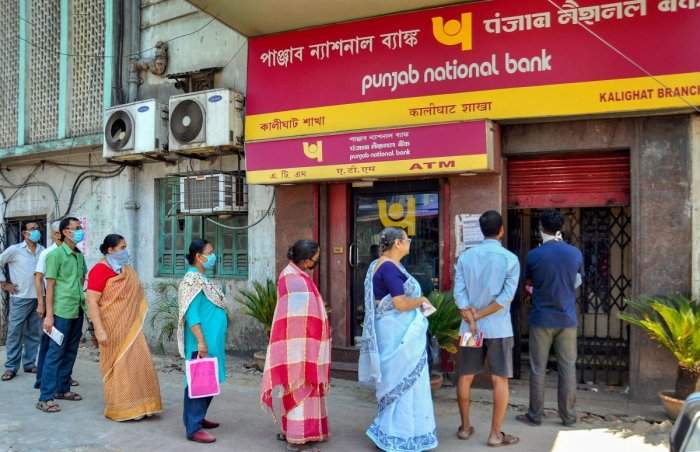 But how will we rebound if we are going down to 1.9 per cent growth rate in 2020? Dampening the impact of the shock on the most exposed households and businesses is the key and this should rely heavily on temporary and targeted policies, including cash transfers, wage subsidies, tax relief, and extension or postponement of debt repayments — all of which India has announced. For the long term though, they would need to do more to ensure India gets back on its feet as soon as possible. The last financial crisis had affected India comparatively less because India went into the 2008 crisis on a high whereas the country was on a slump in 2019 when the pandemic struck — India was growing at a rate of a mere 4.2 per cent. Some experts said that this was due to the impact of demonetisation and the GST rollouts which still had an effect, adversely affecting small, medium and even large scale enterprises. So we might need stronger measures.

Dr Partha Chatterjee, Head of the Economics Department at the Shiv Nadar University, said that whether India will achieve a growth rate of 7.4 per cent is still not clear and a more concrete prediction can be made only after few months. "We still do not know where the 2020 growth rate will be by the end of this year. That will impact the 2021 rate. Given that the 2020 rate is low and the economy gets back up on its feet by 2021, a growth rate of 7.4 per cent is possible as the base growth rate will be low," he said.

The IMF said that their forecast for 2021 is critically dependent on the pandemic being brought under control in the second half of 2020, allowing containment efforts to be gradually scaled back and restoring consumer and investor confidence. Dr Chatterjee has published a report — Lives and Livelihood: An Exit Strategy from Lockdown for India — on why it is important to think about how we can kickstart the economy and provide livelihoods to the millions of our citizens. "In areas, where the spread is limited, or where the number of infected people has come down below a certain threshold, economic activities can be allowed. However, just focusing on this will not be enough to kickstart the economy. The areas which contribute a larger share to the GDP are also the areas where infections are high. Moreover, this can be fickle, with areas moving in and out of lockdown not very conducive for sustainable economic activities. So, we need to look beyond just infection rates in an area," read the report that was co-authored by Soma Dey and Shweta Jain. Even though IMF predicts negative growth for most nations in 2020, the prices are expected to be back to 2019 levels by 2021 across the globe. The projection projects a sharp correction in consumer prices for the year 2020. India can expect a 120 per cent decrease in the consumer price index compared to 2019 — one of the steepest and may be due to the reduction in spending power of the Indians, said the IMF report.

Experts have been saying that a famine might be waiting right around the corner as a sign of the impending economic hardships. "While we cannot take drastic steps for the resumption of economic activities that can cause numerous deaths, we need to open up the economy as much as possible and as soon as possible. It is impossible to continue the shutdown until a vaccine is developed which can be 12 to 18 months away," said Dr Chatterjee. "We look at those industries that has the potential to continue operating even when a large number of their workforce continue to work from home. This will ensure that a fraction of the economy operates while maintaining social distancing norms as advocated by health professionals," he said, adding that the major problem they faced during the study was the lack of data. 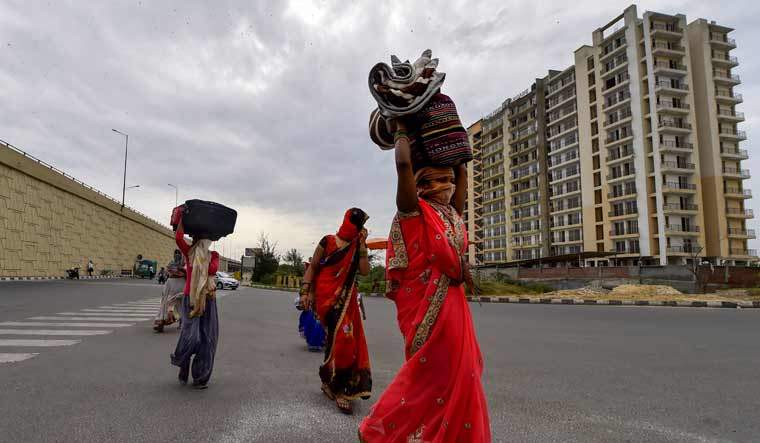 The report takes a look at the possibility of work from home for various occupations and also segregates the occupation by industries. "If we just talk about work from home possibilities occupation-wise, that gives us an incomplete picture. Accountants can for from home, but it depends which industry he is employed in — if its an advertising firm, he can but if it's in a mill or a factory which is closed then it does not make sense for him to work," he added. "We have decomposed each industry into various occupations and analysed how many professionals are there from each profession. The government too can function with a certain extent of work from home. While police officers or DMs have to go to work, we found out that 80 per cent of the government sector can work from home — in theory. The finance department and commissions like the NITI Ayog can definitely work from home," said the professor. The report asks three fundamental questions, answers to which can be used to open up the economy to a certain extent — which geographical locations are affected the most, who can work from home and how central an industry is in the production chain. The analysis leads them to recommend a three-step process for identifying districts and industries where economic activities can be resumed in "a staggered manner", obviously after following all necessary precautions. "In the first step, we identify districts by their current infection rates. The ones with high infection rate are obviously shut. These are the high-risk areas. For the medium-risk districts, decisions are made at the district level. The low-risk districts can opt for a variety of economic activities but simultaneously making sure that the social distancing and use of proper protection gears (as recommended by ICMR) are maintained," explained the professor. Once the mid and low-risk areas are determined, the jobs are also segregated by the amount of work that can be done from home. "The medium-risk to low-risk districts administration can then consider allowing the more central industries to resume partial production," recommended the researchers. "A district whose infection rates are close to the upper limit may opt for a graded response, while a district with infection rate close to the lower limit may opt to open more sectors simultaneously. Steps like staggered shifts, etc. can be taken so that social distancing is maintained," concluded the report.