Getting a community certificate is nearly impossible for SC, ST students in Tamil Nadu. This is why

Activists say this is also a case of caste discrimination because the SC, ST community members are neglected on purpose since they cannot afford to put pressure on the authorities to get the job done

A few days ago, a news report had a rather startling stat. It said that only 69 community certificates had been issued by the Tamil Nadu government to members of the SC, ST communities over the last two years. The Adi Dravidar and Tribal Welfare Department submitted this information at a hearing before the National Human Rights Commission in Chennai a few days ago.

With an ever-growing population such as ours, it is obvious that more and more children apply for the community certificate every year. Which is why, the number 69 is horrifying, to say the least. But this isn't a new problem. According to education activists and people who have been in the welfare department, for years SC, ST people have had to go through hell just to get that one certificate.

That one community certificate that guarantees them what should be rightfully theirs.

Being unable to procure this certificate means that they cannot access any benefits, schemes, scholarships or social upliftment programmes that are made available to them. Women, especially lose out on a lot of benefits because they are unable to get a certificate. "This has been a big issue for a long time and it hasn't been spoken about and discussed enough. It is due to this delay in process that a lot of students also end up dropping out of schools, especially women," says Christuraj S, advocate and state coordinator of Samakalvi Iyyakam, an NGO that works in this sector in Tamil Nadu. 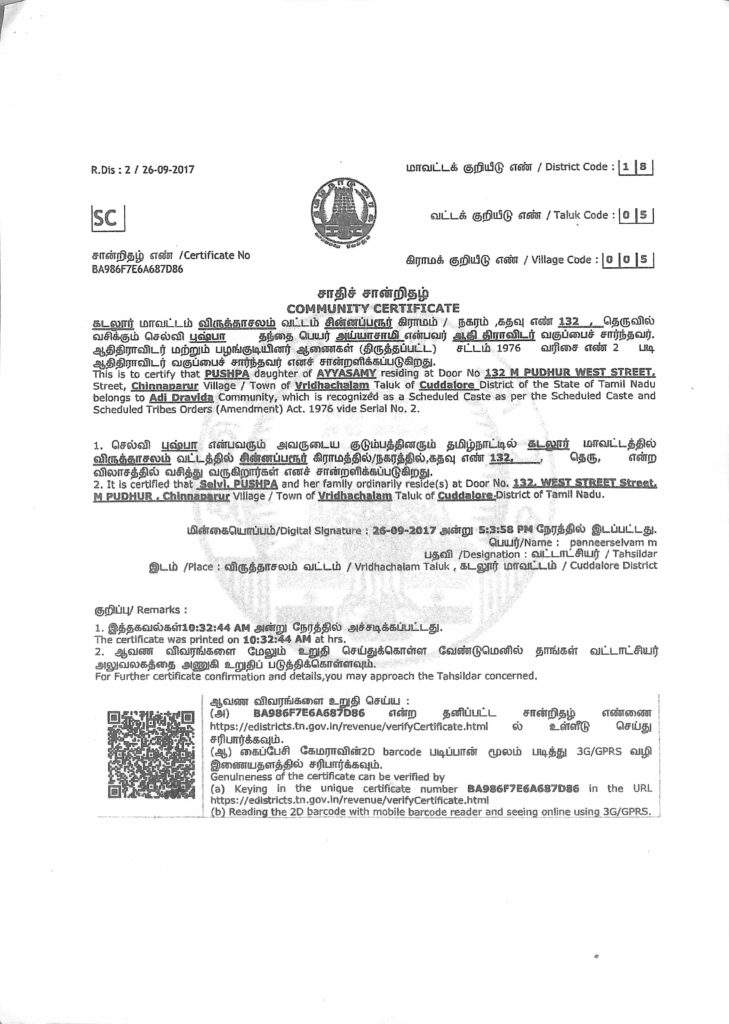 How does one apply for the community certificate in Tamil Nadu?

If one has to apply for the community certificate, they first apply for it at the Tahsildar's office, who is then supposed to visit the residence to verify the address and subsequently issues a certificate. They can also apply for it online, but people in various parts of the state continue to not have accessibility to the internet or the ability to do so on their own. It's a process that is supposed to take less than 15 days, but in reality, is taking quite a while — stretching to months, "The government only has to confirm the information, that's all and yet for this, they take so long to process it. And because of the fact that the officials are slow in their work, students lose out on scholarships, schemes and policies they could have availed in other to study. When they don't have access to these scholarships, they give up," Christuraj said.

Seventy-two percent of the tribal villages in Kodaikanal are situated in extremely remote areas, Christuraj points out, and so travelling to the Tahsildar's office is truly an uphill task. "They cannot keep coming to the Tahsildar's office to keep putting pressure on them to give them their certificates. So after a while, they lose trust and end up suffering without any benefits," he said.  The activist said that besides the sometimes deliberate delay or neglect that authorities show, there are also instances of direct caste discrimination, "They are abused, called names and treated inhumanly when they seek assistance or just expect the officials to do their job," he relates sadly.

Is there a discrimination angle here?

By not assisting them and effectively neglecting them, the Tahsildar's office is discriminating against the people, the advocate said. "Since they have no way of using 'their influence' or putting the authorities under any kind of pressure, they are easily neglected. In some cases, it is also caste discrimination because others feel that they get too many benefits and thus delay the certificates on purpose. These scholarships are needed for children's social upliftment and the most downtrodden avail these schemes and to discriminate against them is abuse," he adds.

Bhoopalan, a member of the Irular tribe in Chennai said that the officers delay anywhere between a couple of months to years. Due to this delay, they cannot apply for loans either, in case their children need a school loan. Even the parents cannot help because they don't even have accounts because they themselves seldom have certificates, "We cannot take any personal loans either. Children suffer a lot because they can't access certificates. If we go and ask them, they say they have to do other work and dismiss us," he explained. In his Irular community, Bhoopalan said there were 40 students who have been trying to get their certificates for years now but have been failing to procure it. "We apply, they come here and leave then we just keep waiting and waiting," he tells us. 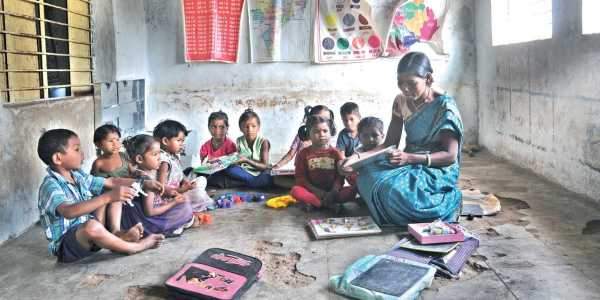 It's worse in the hinterland

Dr P Kuganantham, who is a former health officer from the Chennai Corporation said that it is much worse for STs because they are so few in number and in remote areas. "Some of the SC members manage to get their certificates because they happen to live in the cities and can get the local leadership in the area to put pressure on the Tahsildar, the ST members cannot do the same."

Kuganantham said that in some instances, some communities with similar names end up availing the wrong certificate in order to get the benefits. In one case in Andhra, the doctor said that some forward caste members applied under an ST community, "That's why the Tahsildar is hesitant to give community certificates easily. So they use this as an excuse to delay the process and then ask why they should take any risks," he explained.

"Since the tribal areas are more prominent in the states of the North East, it is easy for them to get their certificates because sometimes the entire states will have tribal populations. But here they are few and far away so they get no support from anyone," he said. Only an intensive programme planned and implemented by the government could work, "The government has to take immediate steps because it is a huge problem," he adds.

The doctor recalled that at one point, a group of officers in Kancheepuram mobilised the Tahsildar office and got all their officers and other authorities to visit tribal areas and issued the certificates directly. "The district authorities can directly go to the spot and issue the certificates whether or not the family applies for them. That way it would benefit everyone," he suggested.

On the other hand, Christuraj suggests that the schools take up the responsibility of conducting the verification and issuing the certificates since the students anyway approach it for admissions. Or the Village Administrative Officer could take up the responsibility since they usually know everyone and their castes as well and should be able to issue the certificates to the people immediately. "It is a certificate that the people use until the end of their lives, so the schools' administration can very well help in the process," he adds.

Using the law to good effect

The activist also suggests that the Right to Service Act should also be constituted in order for people to avail in situations such as these."The people who are denied a certificate should also be allowed to file a complaint under the SC/ST Atrocities Act. No one uses this act, but it should be used in situations like these where the people are being neglected and discriminated against," he said.  "The ST, SC members have to stand there for hours, visit innumerable times and go through such an ordeal to just get one piece of paper that would make their lives a little better. There needs to be a checking mechanism. It is alarming that this process continues to be so discriminatory to them. We have to find a way to monitor this," Christuraj said.

According to the SC/ST Atrocities Act, the 'Punishment for neglect of duties.—(1) Whoever, being a public servant but not being a member of a Scheduled Caste or a Scheduled Tribe, wilfully neglects his duties required to be performed by him under this Act and the rules made thereunder, shall be punishable with imprisonment for a term which shall not be less than six months but which may extend to one year.'

Does anybody still remember?