Prime Minister Narendra Modi is affectionate and it reflects in his appearance. He does not just do handshakes, he hugs

Politics has been in the clutches of the aristocracy for millennia and the way the politicians interact with each other, at least in public, has been sophisticated and measured. But Prime Minister Narendra Modi changed that — in this new era it's all about the personal touch. Not the articulated, well-written speeches but something that appeals to the aam aadmi on a personal level, not the dry handshakes but hugs, not the age-old pat on the shoulder for encouragement but a tight strong hug — it seems hugs have been instrumental in solving almost every problem. On the dynamic leader's 69th birthday we look back at five of his hugs had helped him win over the world.

To the Moon and back The hug that has been in the news — first applauded and then criticised by some — is the one with ISRO chief Dr Kailasavadivoo Sivan right after the Moon Lander was lost on the Moon. The Prime Minister was seen pulling Dr Sivan into a tight embrace and patting his head vigorously to apparently calm him down. The ISRO boss was seen rubbing his eyes after that, probably wiping tears. 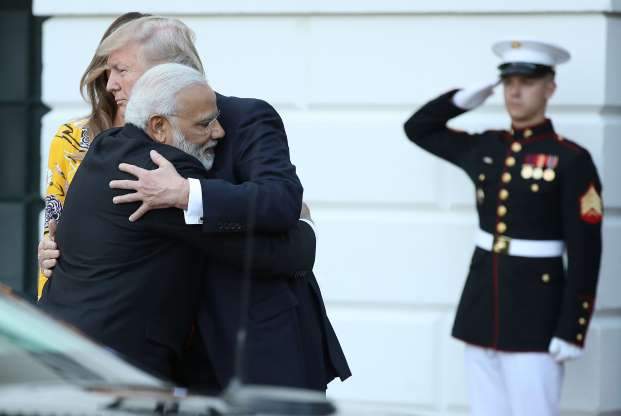 When PM Modi met US President Donald Trump in 2017 he went for his signature bear-hug at the first chance he got. But American men are not as used to hugging as us — I am told they prefer handshakes. Trump was a bit taken aback. But that was probably because he was surprised at first. Once he felt the warmth of Modi's embrace that had almost engulfed him at that point, he gave in. They hugged twice after that and seemed quite happy. Modi met his match in hugging when he visited UAE. Men in the Middle Eastern countries traditionally hugged and kissed both cheeks to greet each other so the hug between Modi and Sheikh Mohammed bin Zayed Al Nahyan looked comfortable when they met. It was a nice firm grip. Both looked content after the hug. 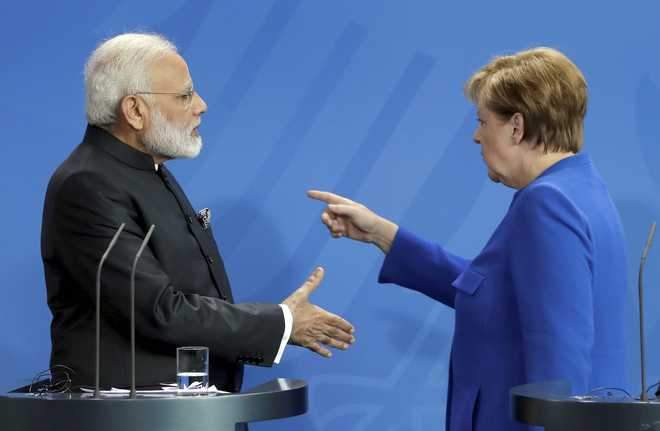 Prime Minister Modi might have hugged a large number of world leaders and will probably go on to do so but he has never hugged a woman. That might have something to do with him being a pradhan pracharak of the RSS — he had even given up staying with his wife for the country so it is plausible. But he did try to shake hands with German Chancellor Angella Merkel once and it backfired — Merkel sidestepped it. So, we do understand his reservation — he does really represent Indian men. 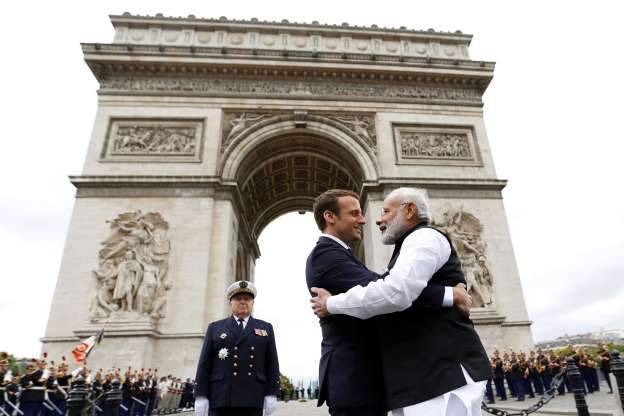 The hug between Narendra Modi as he bid goodbye to French President Emmanuel Macron after a ceremony at the Arc de Triomphe on the last leg of his four-nation visit in Paris, in 2017 is nothing but picturesque. Try beating that pose with your fiance. 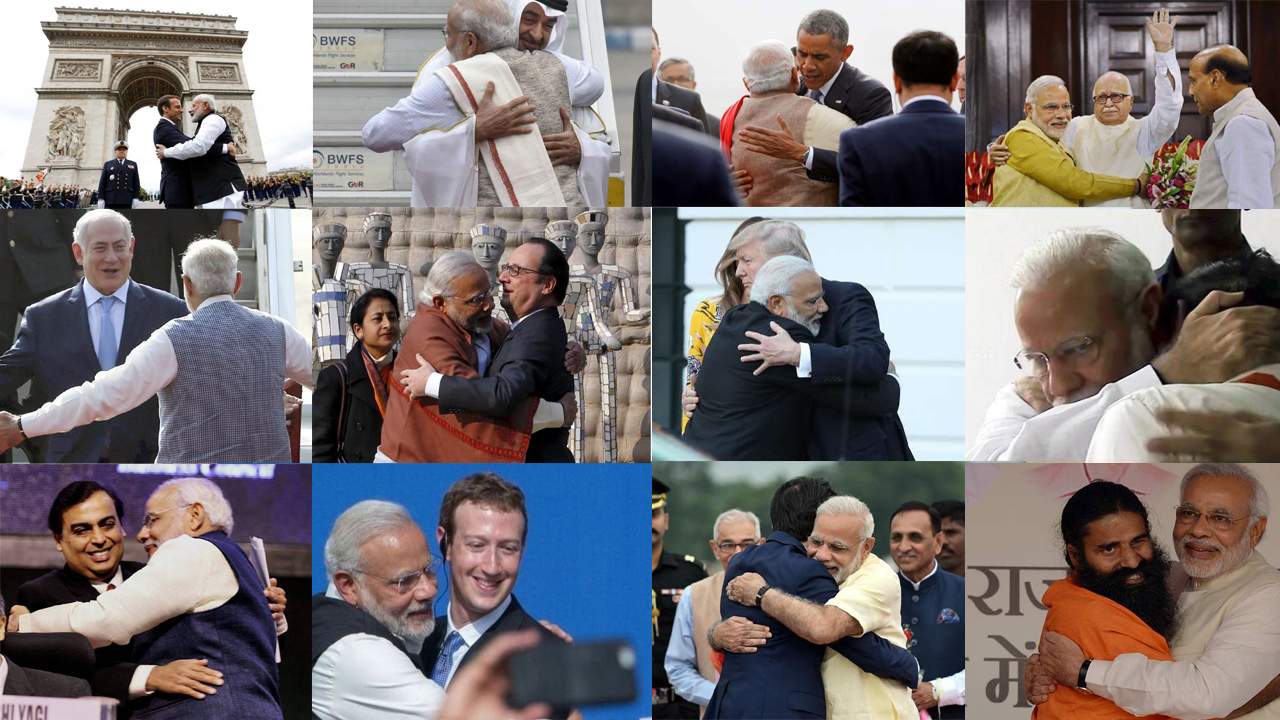 Our Prime Minister has also hugged the former US President Barrack Obama and it felt like he liked it or was at least amused by it. He had hugged Mark Zuckerberg, moved former French President François Hollande by his hip after the Frech prez tried to escape his hug — the stories are endless and show how Modi is changing world politics one hug at a time. But experts say that he intends to tell that world we are equal with these hugs which some — mistakenly — considered weird. "He's trying to tell the world that he's an equal, a friend, and he's very affectionate," biographer Nilanjan Mukhopadhyay told the BBC in 2015. "Modi is a performer."