A question paper allegedly created by the Kendriya Vidyalaya Sangathan for schools in Tamil Nadu caused a furore on social media in the past week because of its controversial content on Dalits and Muslims. The KVS however, has clarified in a statement that none of its schools in TN drafted any controversial exam questions.

Two multiple-choice questions from the question paper, which has been doing rounds on social media, had attracted backlash: Question 17: “What do you mean by Dalit?” and choices for answers were: (A) Foreigners (B) Untouchables (C) Middle Class (D) Upper class. and Question 18: “What is the common stereotype about Muslims?” and choices for answers were: (A) They don’t send their girls to school (B) They are pure vegetarian (C) They do not sleep at all at the time of Roza (D) All of them. 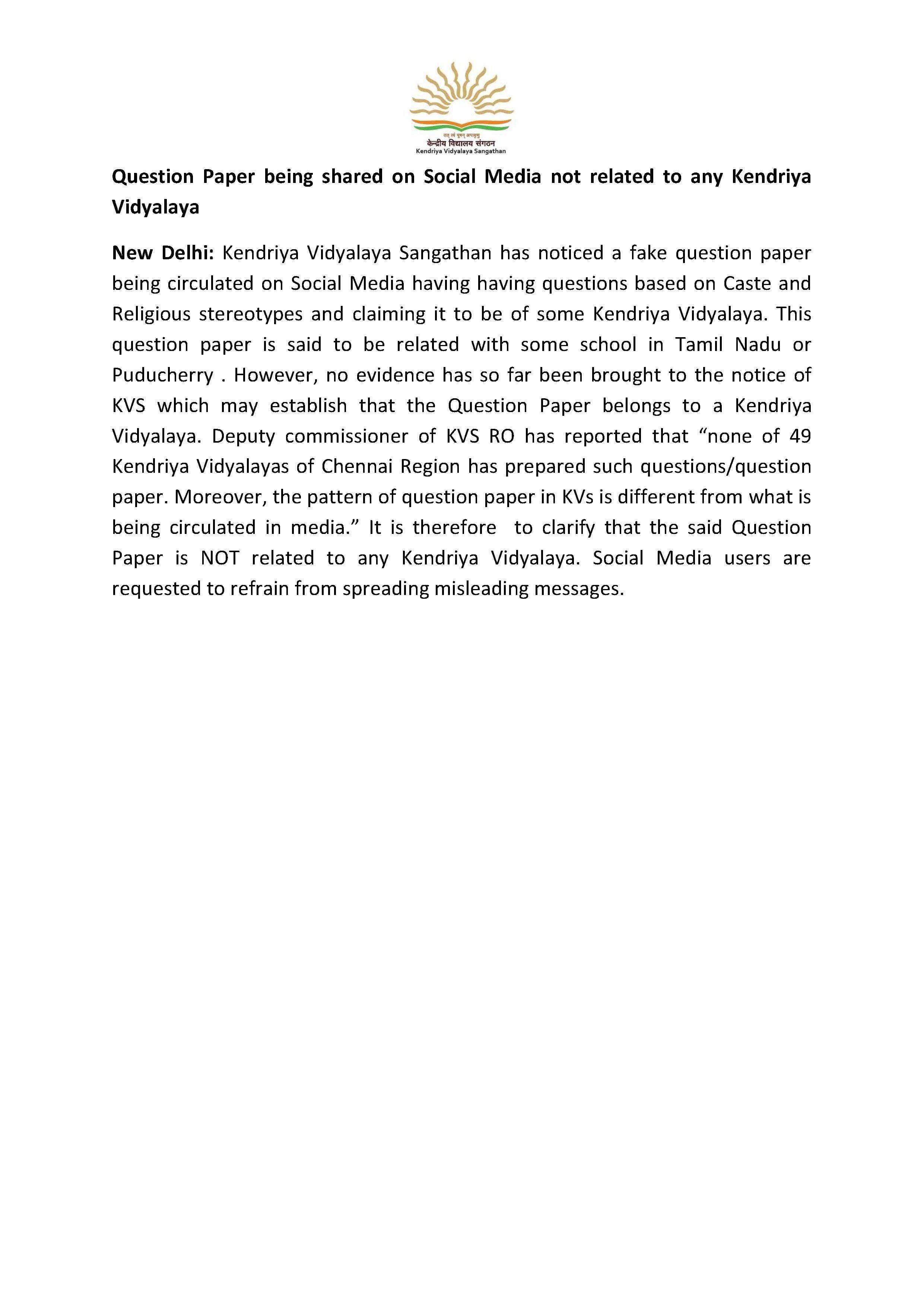 However, these questions were found to be based from a Class VI Social Science textbook published in 2019-20 by the National Council of Educational Research and Training (NCERT). Both the questions were based on segments from Chapter 2 of the book, under 'Diversity and Discrimination' under two subhead — 'On being discriminated against' (page 18) and 'Inequality and discrimination' (page 19).

The first segment in the above mentioned textbook states, "A common stereotype about some Muslims is that they are not interested in educating girls and therefore do not send girls to school. However, studies have now shown that poverty amongst Muslims is an important reason why Muslim girls do not attend school or drop out from school after a few years."

The second part about Dalits, sys, "Dalit is a term that people belonging to socalled lower castes use to address themselves. They prefer this word to 'untouchable'. Dalit means those who have been 'broken'."

The questions raised quite a few eyebrows for its content, including that of Dravida Munnetra Kazhagam (DMK) chief MK Stalin, who expressed concern over it. He tweeted, "Shocked and appalled to see that a Class 6 Kendriya Vidyalaya exam contains questions that propagate caste discrimination and communal division."