Delhi University will vote for a new students' union on September 12. Nominations were filed on September 4 amidst complaints from the Left-wing AISA and SFI of foul play

As the Delhi University Students’ Elections draw near the tension between the contesting parties is on a high and sparks have already started to fly. ABVP alleged Congress affiliated students’ organisation NSUI of assaults on Shivangi Kharwal, ABVP’s Joint Secretarial candidate for DUSU polls while the Left-wing AISA accused the ABVP of assaulting its Vice Presidential candidate Aftab Alam in a separate incident.

Shivangi was allegedly attacked by individuals in league with NSUI, on the premises of the university’s Zakir Hussain College. Aftab, on the other hand, was at Dyal Singh College when, allegedly, members of ABVP stopped him from campaigning and also called him anti-national. 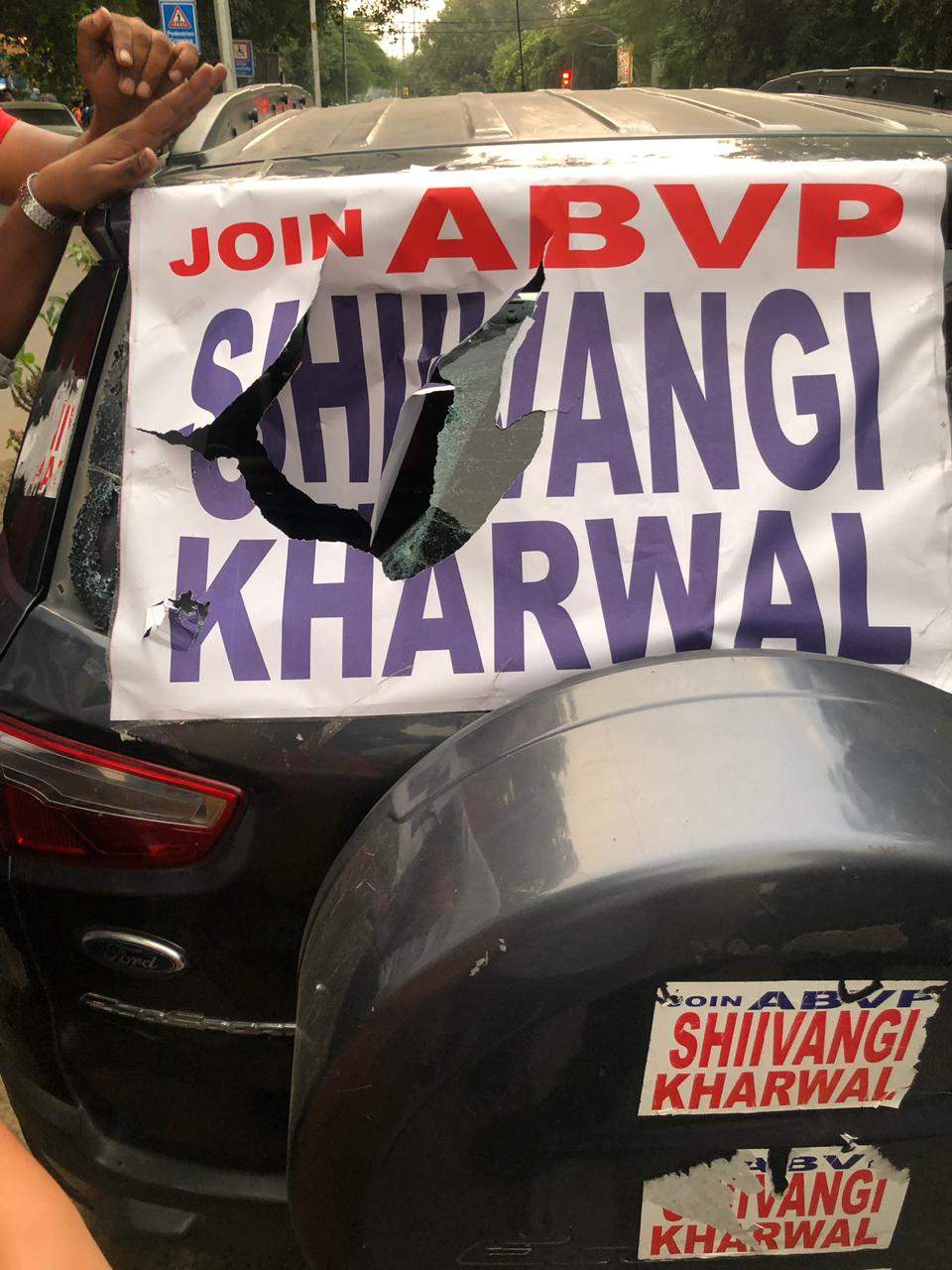 Shivangi Kharwal's campaign that was damaged in the assault (Pic: ABVP)

Shivangi Kharwal, the victim of the alleged attack, said, “This malevolent assault reinforces the misogynistic disposition of NSUI. I will be filing a complaint with the police.”

Sidharth Yadav, State Secretary, ABVP, Delhi, said, “NSUI has been making brazen attempts to influence the upcoming polls using undemocratic and violent means. Such recklessness will spell a disastrous epilogue to their poll-bound endeavours. That an organisation claiming to represent students’ interests will unapologetically resort to such savagery, is absolutely inconceivable”.

AISA’s Delhi President, Kawalpret Kaur accused the ABVP on the similar lines, “AISA is getting tremendous support from the students in Delhi University that is why ABVP is so frustrated. These assaulters should be immediately removed from the college and campus democracy should be restored.”

Delhi University will vote for a new students' union on September 12. Nominations were filed on September 4 amidst complaints from the Left-wing AISA and SFI of foul play. They alleged that the ABVP members did not let them file their nomination. The ABVP refuted the claim.