#Chandrayaan2: Check out the most hilarious memes about India's maiden moon mission

Here are some of the most hilarious memes that have gone viral before Chandrayaan-2's landing on the moon. Check them out because we are still laughing

Chandrayaan-2, India’s lunar mission is all set to make a soft landing on the surface of the moon on Saturday, September 7, 2019, thus creating history in becoming the first Indian expedition to carry out a soft landing on the lunar surface. Prime Minister Narendra Modi along with students from 60 schools across the country will see the historic landing live from the space agency's control room in Bengaluru.

India’s Chandrayaan-2 will make contact with Moon’s surface between 1.30 am and 2.30 am (local time) on September 7, followed by the Rover roll out between 5.30 am and 6.30 am, according to the Indian Space Research Organisation (ISRO) website.

While the entire nation is holding their breath (literally), waiting to witness the landing, netizens across social media do not fail to amuse us even at this time. The internet is filled with fun comments and memes about the mission and the landing that you should definitely check out. 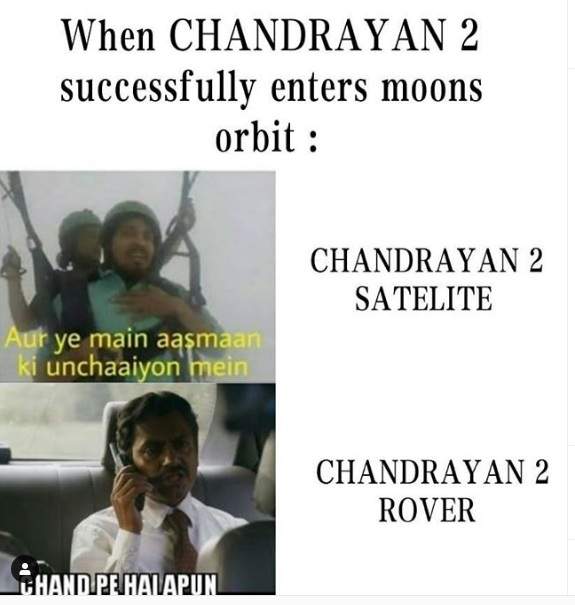 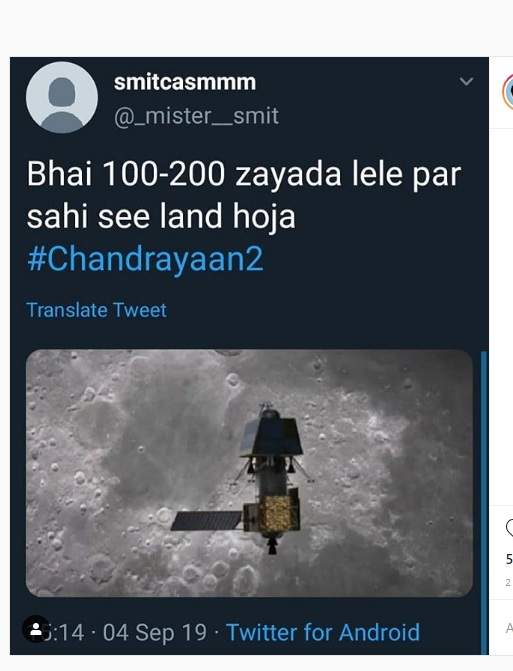 In a recent tweet, the Indian Space Research Organisation (ISRO) had also asked, what people think Chandrayaan-2 will find on the Moon. We are still laughing at the responses. 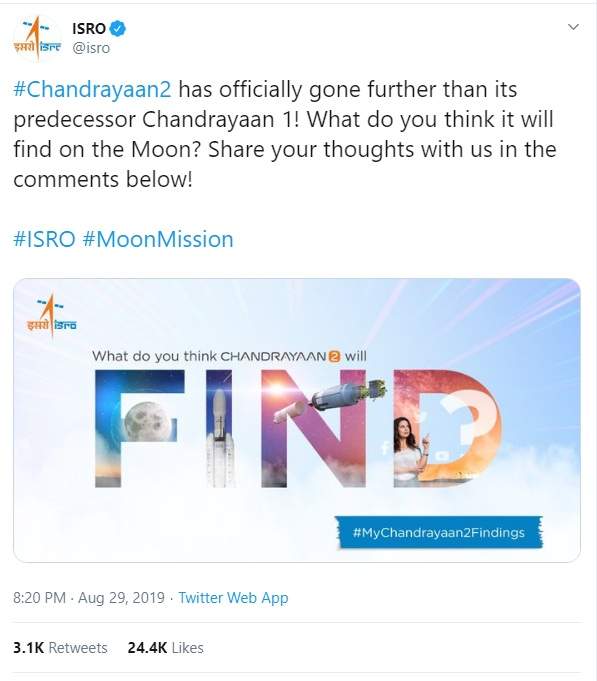 The tweet by ISRO that led to a flood of social media users coming up with hilarious answers said, "#Chandrayaan2 has officially gone further than its predecessor Chandrayaan 1! What do you think it will find on the Moon? Share your thoughts with us in the comments below!#ISRO #MoonMission"