Saint Teresa of Calcutta: 15 reasons why we remember the Mother of the City of Joy

Saint Teresa of Calcutta or Mother Teresa was born Anjezë Gonxhe Bojaxhiu (Mary Teresa Bojaxhiu) in Skopje (now the capital of North Macedonia), spent all her life serving the society in India and then passed away 22 years ago — on September 5, 1997.

West Bengal Chief Minister Mamata Banerjee on Thursday paid her tribute to Mother Teresa. Banerjee tweeted, ''Mother Teresa (Saint Teresa of Calcutta) passed away on this day in 1997, after a lifetime of service for the poorest of the poor. Sincerest tribute to her. In her memory, the @UN declared this day as the International Day of Charity.''

Here's what a life of social service and dedication looks like, summed up in 15 poignant points:

1. Teresa left home in 1928 at age 18 to join the Sisters of Loreto at Loreto Abbey in Rathfarnham, Ireland, to learn English with the view of becoming a missionary; English was the language of instruction of the Sisters of Loreto in India. She never saw her mother or her sister again. Her family lived in Skopje until 1934, when they moved to Tirana. 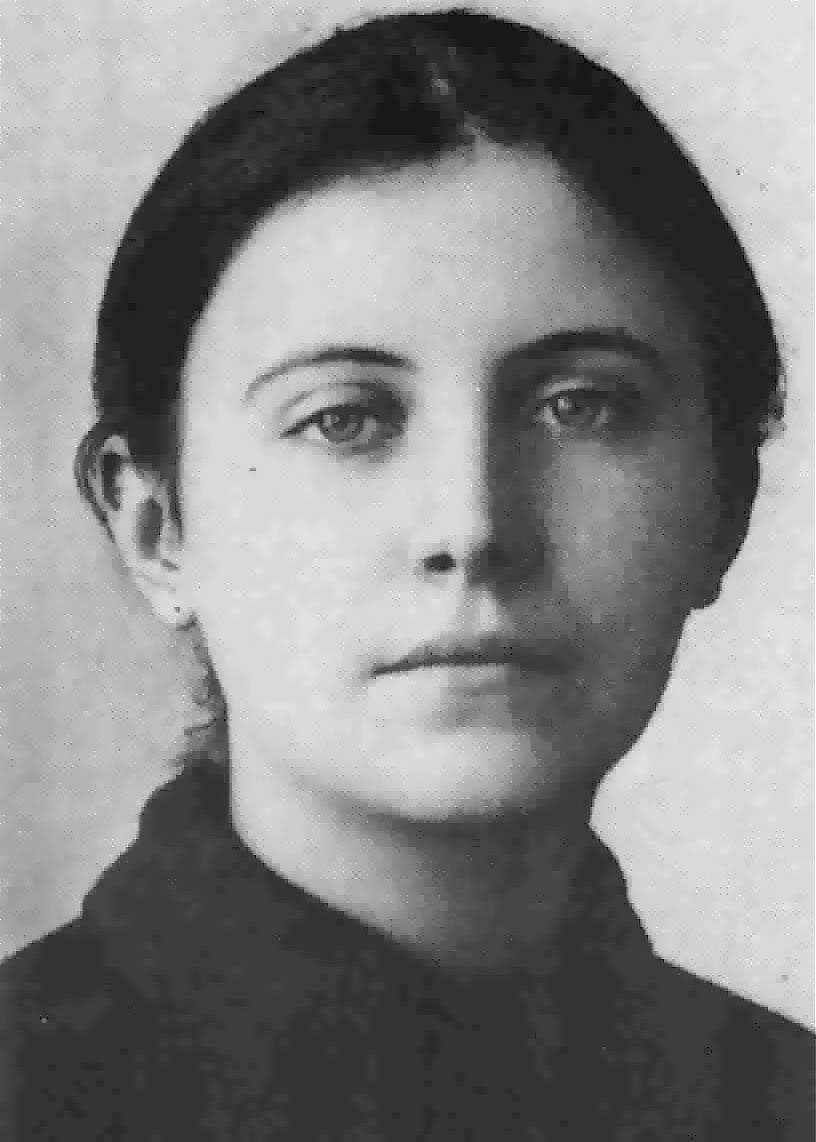 2. She arrived in India in 1929 and began her novitiate (the period of training and preparation that a Christian novice or member of a religious order undergoes prior to taking vows in order to discern whether he or she is called to vowed religious life) in Darjeeling, in the lower Himalayas, where she learned Bengali and taught at St. Teresa's School near her convent. Teresa took her first religious vows on 24 May 1931. She chose to be named after Thérèse de Lisieux, the patron saint of missionaries; because a nun in the convent had already chosen that name, Agnes opted for its Spanish spelling (Teresa). 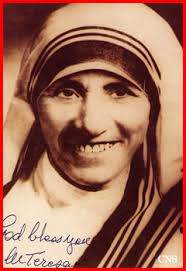 3. Teresa took her solemn vows on May 14, 1937, while she was a teacher at the Loreto convent school in Entally, eastern Calcutta. She served there for nearly twenty years and was appointed its headmistress in 1944. Although Teresa enjoyed teaching at the school, she was increasingly disturbed by the poverty surrounding her in Calcutta. The Bengal famine of 1943 brought misery and death to the city, and the August 1946 Direct Action Day began a period of Muslim-Hindu violence.

4. Mother Teresa began missionary work with the poor in 1948. She replaced her traditional Loreto habit with a simple white cotton sari that had a blue border. Her efforts quickly caught the attention of Indian officials, including the prime minister. Teresa wrote in her diary that her first year was fraught with difficulty. With no income, she begged for food and supplies and experienced doubt, loneliness and the temptation to return to the comfort of convent life during these early months. 5. Mother Teresa adopted Indian citizenship and spent several months in Patna to attain basic medical training at Holy Family Hospital and ventured to slums. She founded a school in Motijhil, Kolkata before she began tending to the poor and hungry. At the beginning of 1949, Teresa was joined in her effort by a group of young women, and she laid the foundation for a new religious community helping the "poorest among the poor". 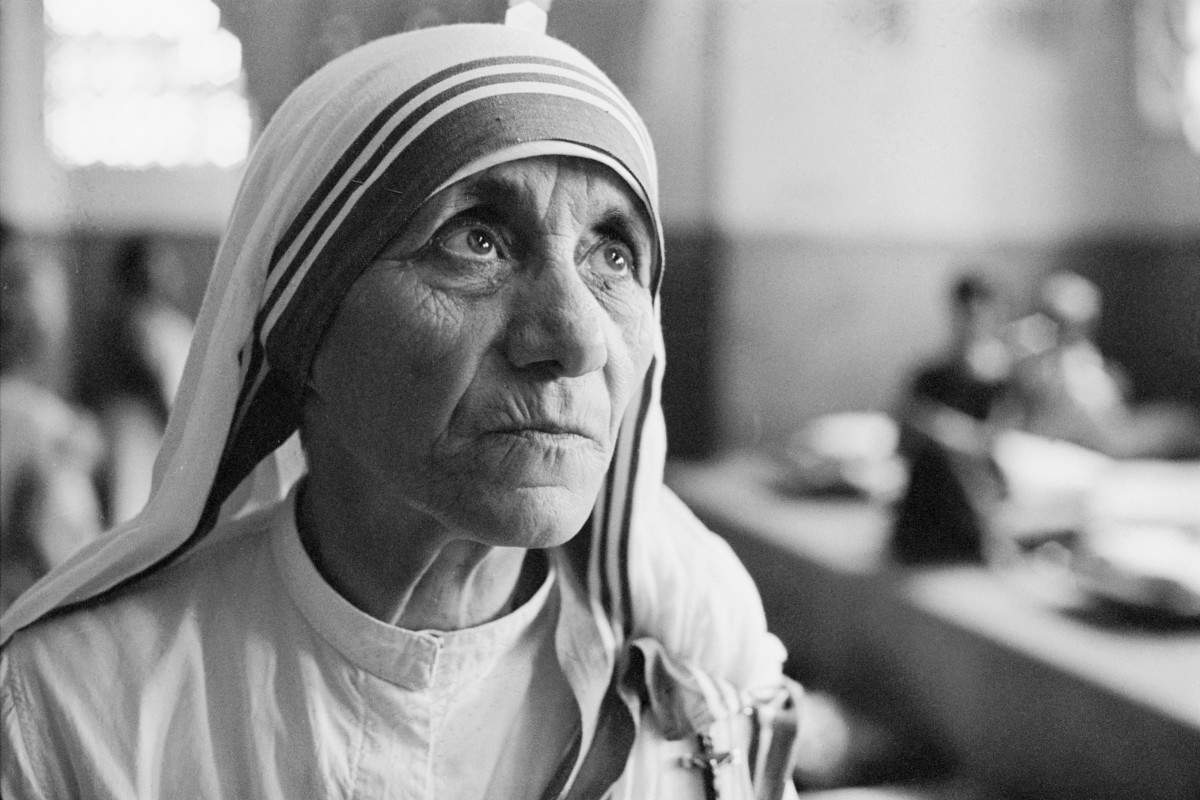 6. October 7, 1950. Mother Teresa founded the Missionaries of Charity, a religious congregation. In her words, it would care for "the hungry, the naked, the homeless, the crippled, the blind, the lepers, all those people who feel unwanted, unloved, uncared for throughout society, people that have become a burden to the society and are shunned by everyone". 7. While teaching poor children in Calcutta, Mother Teresa did not have any supplies or equipment to impart knowledge, yet she managed to teach the children to read and write by writing in the dirt with wooden sticks. She opened a hospice for those with leprosy, calling it Shanti Nagar (City of Peace). The Missionaries of Charity established leprosy-outreach clinics throughout Calcutta, providing medication, dressings and food. The Missionaries of Charity took in an increasing number of homeless children; in 1955 Teresa opened Nirmala Shishu Bhavan, the Children's Home of the Immaculate Heart, as a haven for orphans and homeless youth. 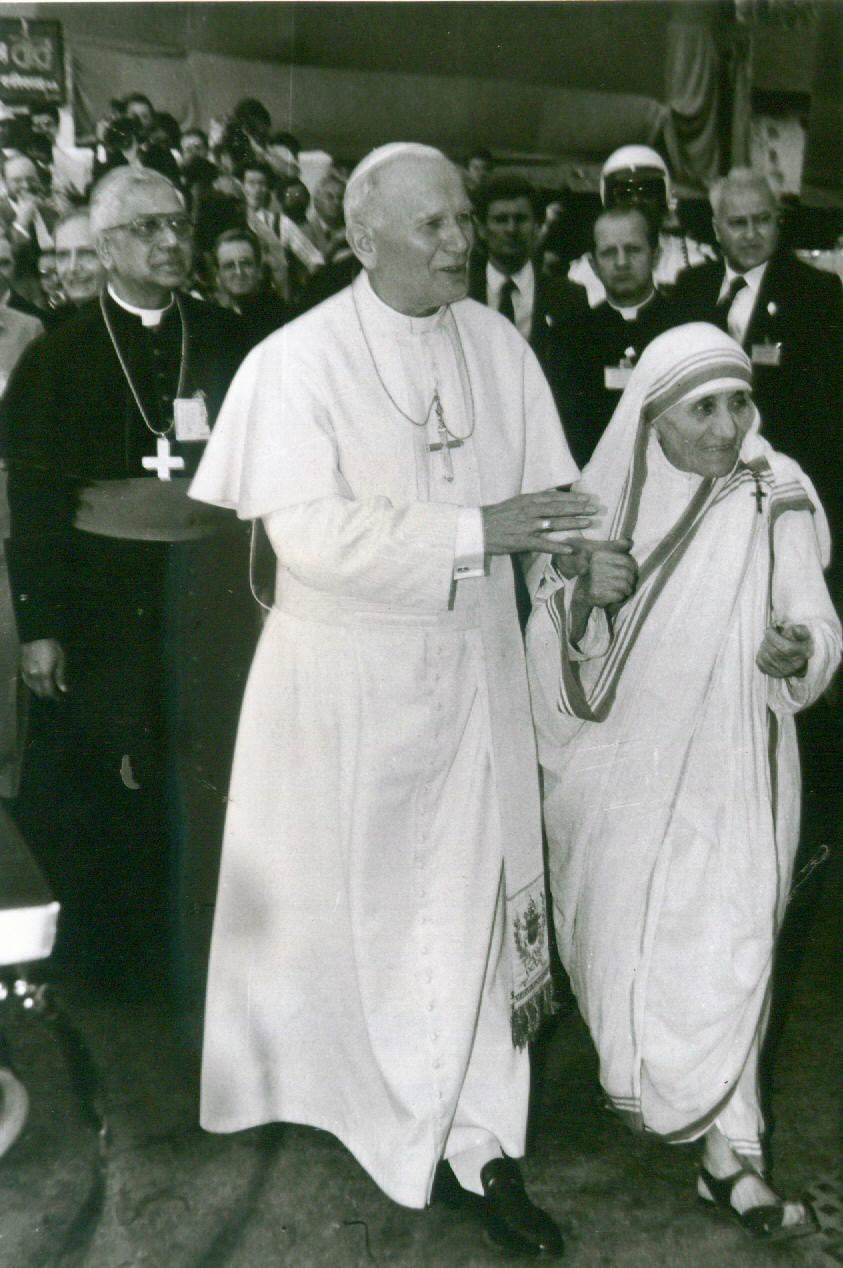 8. Mother Teresa rescued 37 children trapped in a front line hospital by brokering a temporary cease-fire between Israel and Palestine. Accompanied by Red Cross workers, she travelled through the war zone to the destroyed hospital to evacuate the young patients. 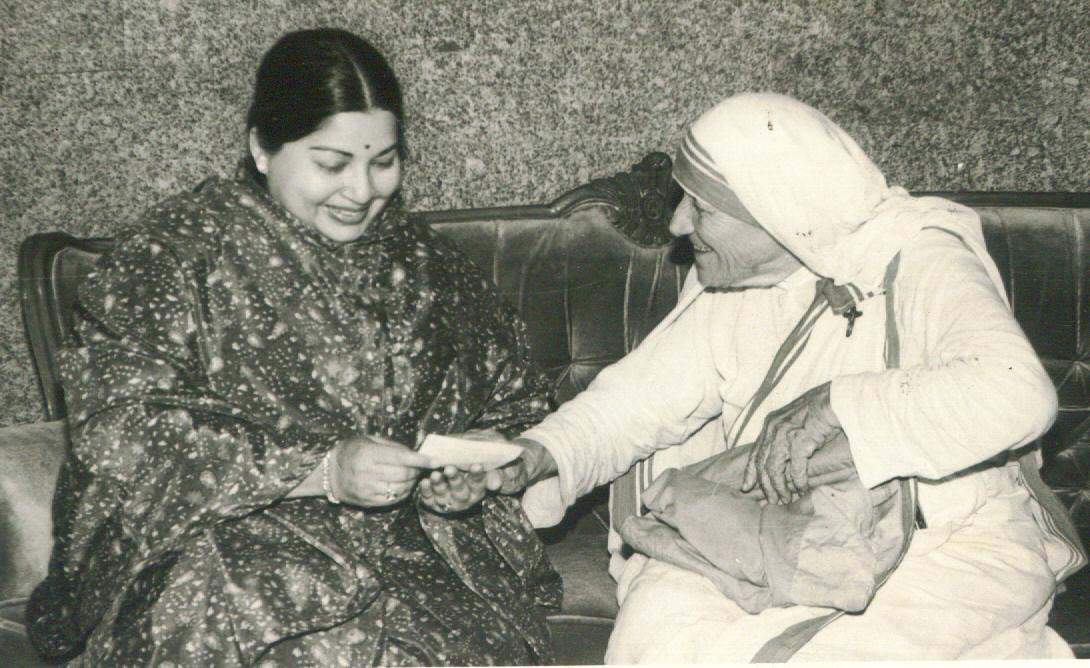 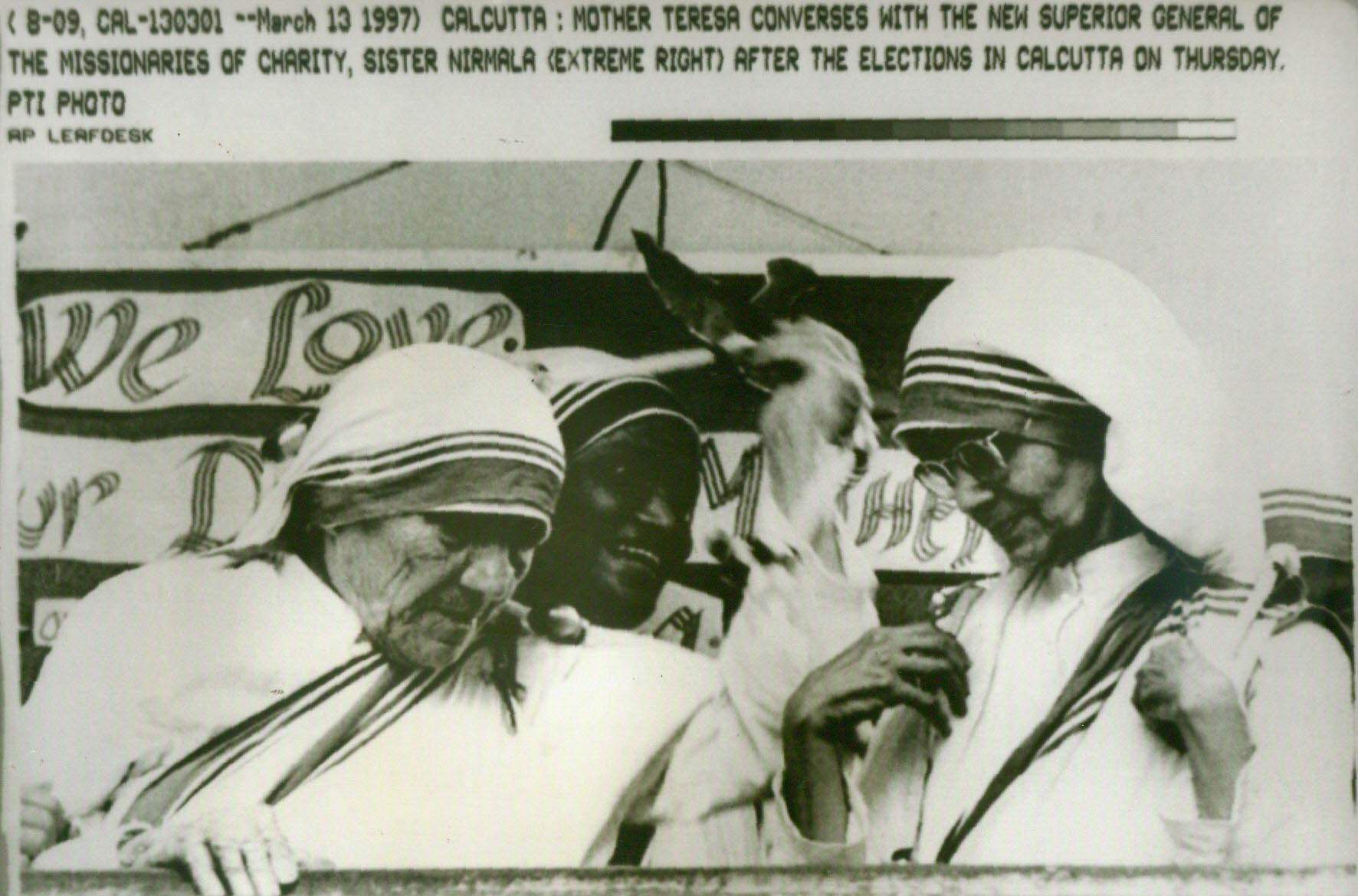 11. In April 1996 she fell, breaking her collarbone, and four months later she had malaria and heart failure. Although Teresa had heart surgery, her health was clearly declining. On March 13, 1997, Teresa resigned as head of the Missionaries of Charity, and she died on September 5, five days after the death of another of the world's most famous women, Lady Diana Spencer. At the time of her death, the Missionaries of Charity had over 4,000 sisters and an associated brotherhood of 300 members operating 610 missions in 123 countries. 12. Teresa lay in repose in an open casket in St Thomas, Calcutta, for a week before her funeral. She received a state funeral from the Indian government in gratitude for her service to the poor of all religions in the country. 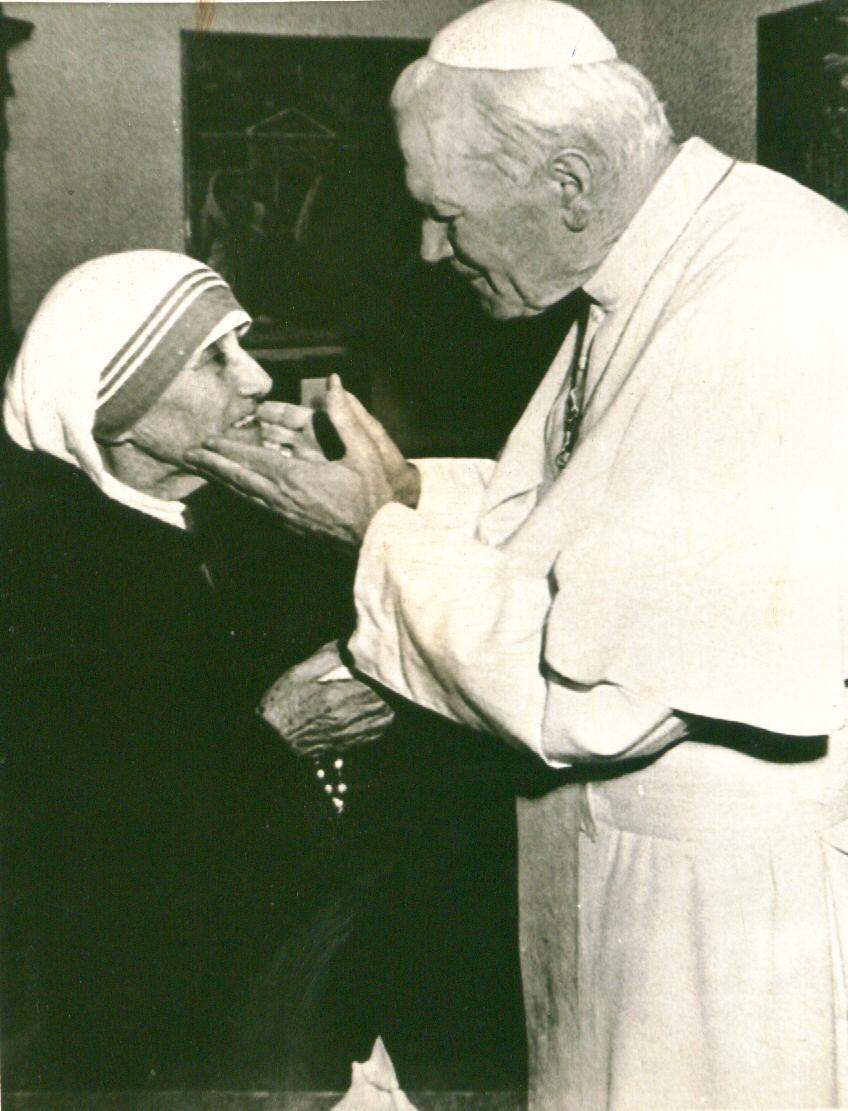 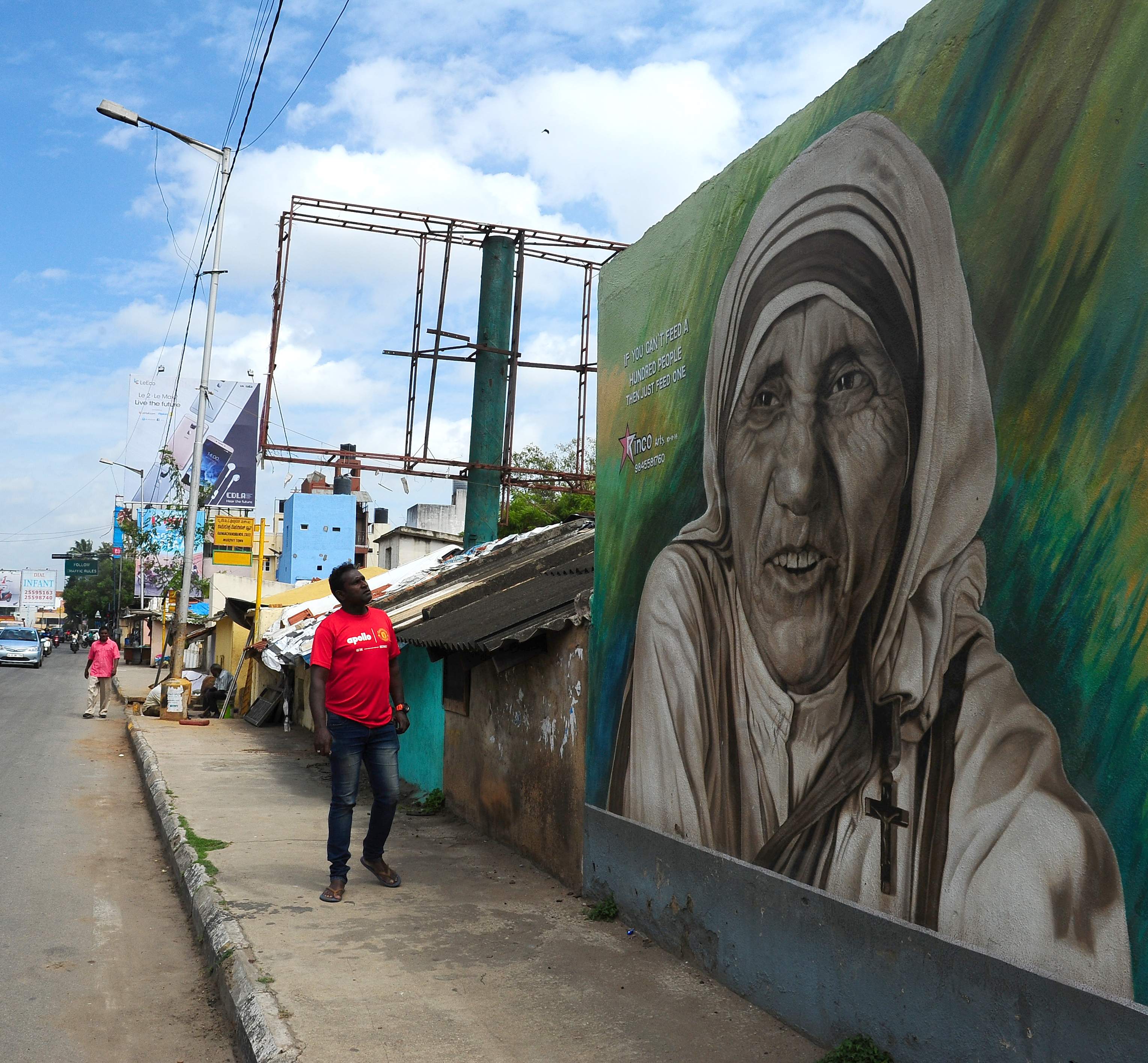 15. Mother Teresa was canonised at a ceremony on September 4, 2016, in St. Peter's Square in the Vatican City. 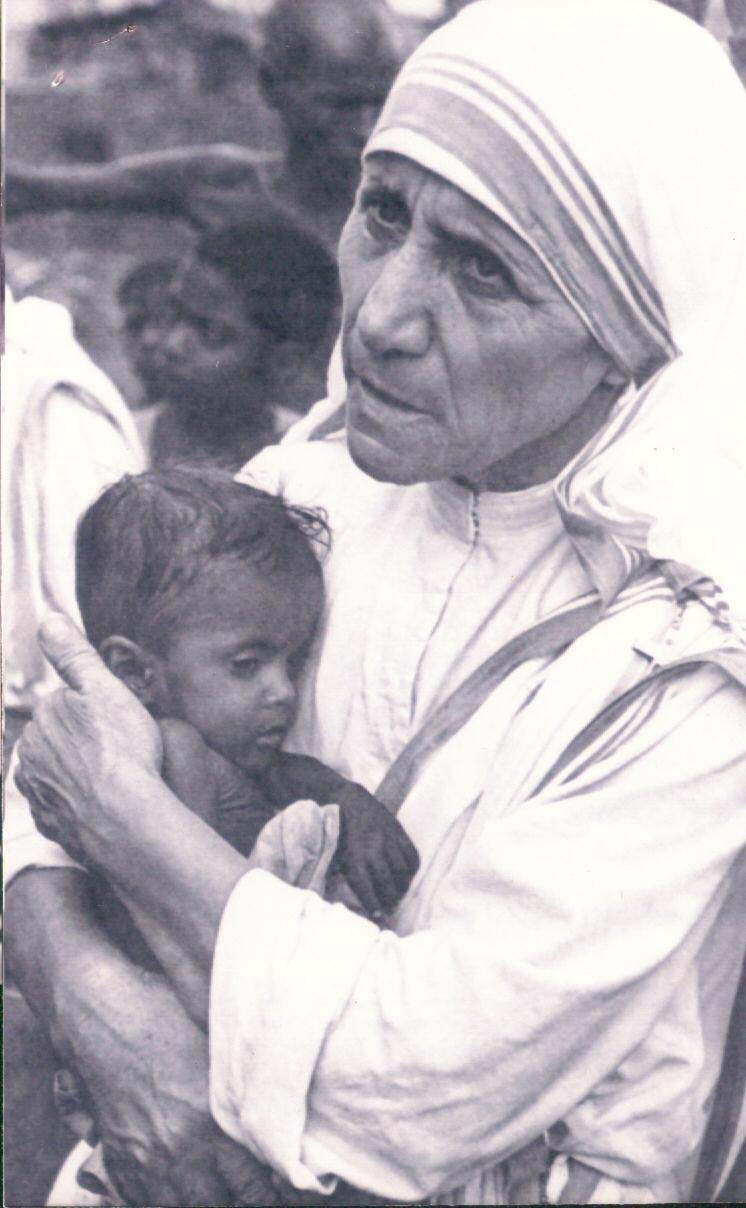