The management of the Indian Institute of Technology, Indore has landed in yet another controversy — this time with the village of Simrol, where it is located. The administration, allegedly, removed a shrine, meant for Lord Hanuman, from the premises in 2017 without consultation with the locals. This has angered the villagers who had been protesting for the past two years and recently garnered support from the local outfit of the Bajrang Dal.

The villagers claim that the shrine has been there for over 200 years and the administration should have discussed with the panchayat before they broke down the shire completely and built a gym instead. Though the locals call it a temple, the shrine was like any other village shrine you would find all across India. "It was a shrine with a deity under a tree that the villagers had been worshipping for as long as they can remember. The major complaint they have is that the administration did not bother to even inform the local panchayat or the villagers before they demolished their place of worship," said a student on condition of anonymity. "The administration has always been reluctant to reply to anything — be it an issue with the students or with the villagers. Their silence is deafening," added the student. 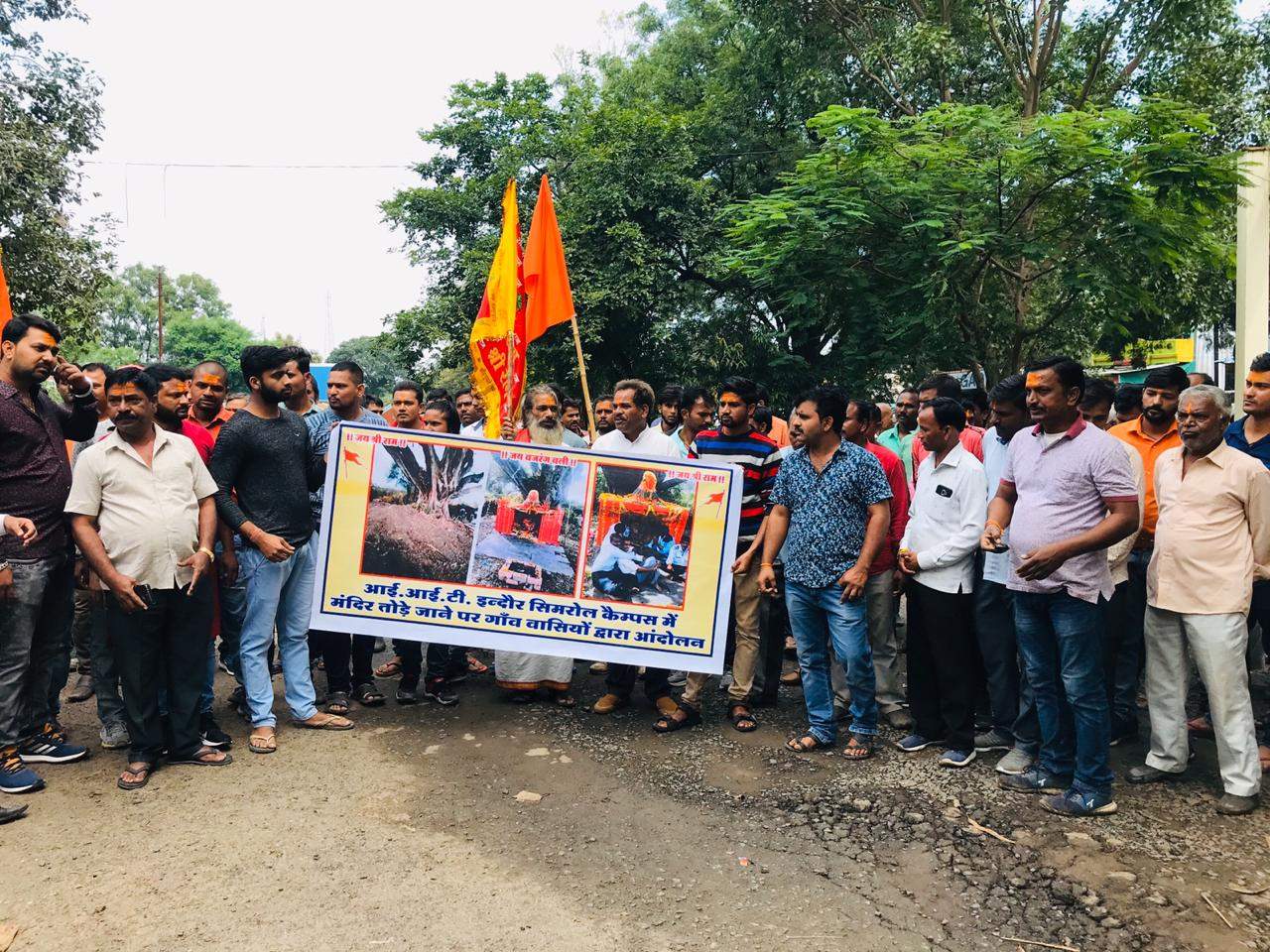 The Bajrang Dal demonstration on Thursday

National representative and Coordinator of Research Scholars of India, Nikhil Gupta, who had spearheaded the movement for higher stipends for researchers last year, said that he would want to visit the campus and help the locals be heard. "Considering the allegations of the villagers, I believe that no institution especially one that is run by the Government of India should offend the religious feelings or considerations of the society. The details surfaced so far strongly suggest that the locals were not even consulted before doing this. The institution should make amends and construct a grand temple to mend relations with the locals," said Nikhil. "We have been looking at a number of complaints regarding IIT Indore wherein the administration does not seem to adhere to any government rules and regulations, be it with employees, students or the general public of India. In this regard and considering the frequency of complaints regarding IIT Indore, I will be visiting the campus personally to meet with the locals and take this matter to the higher authorities," he added. 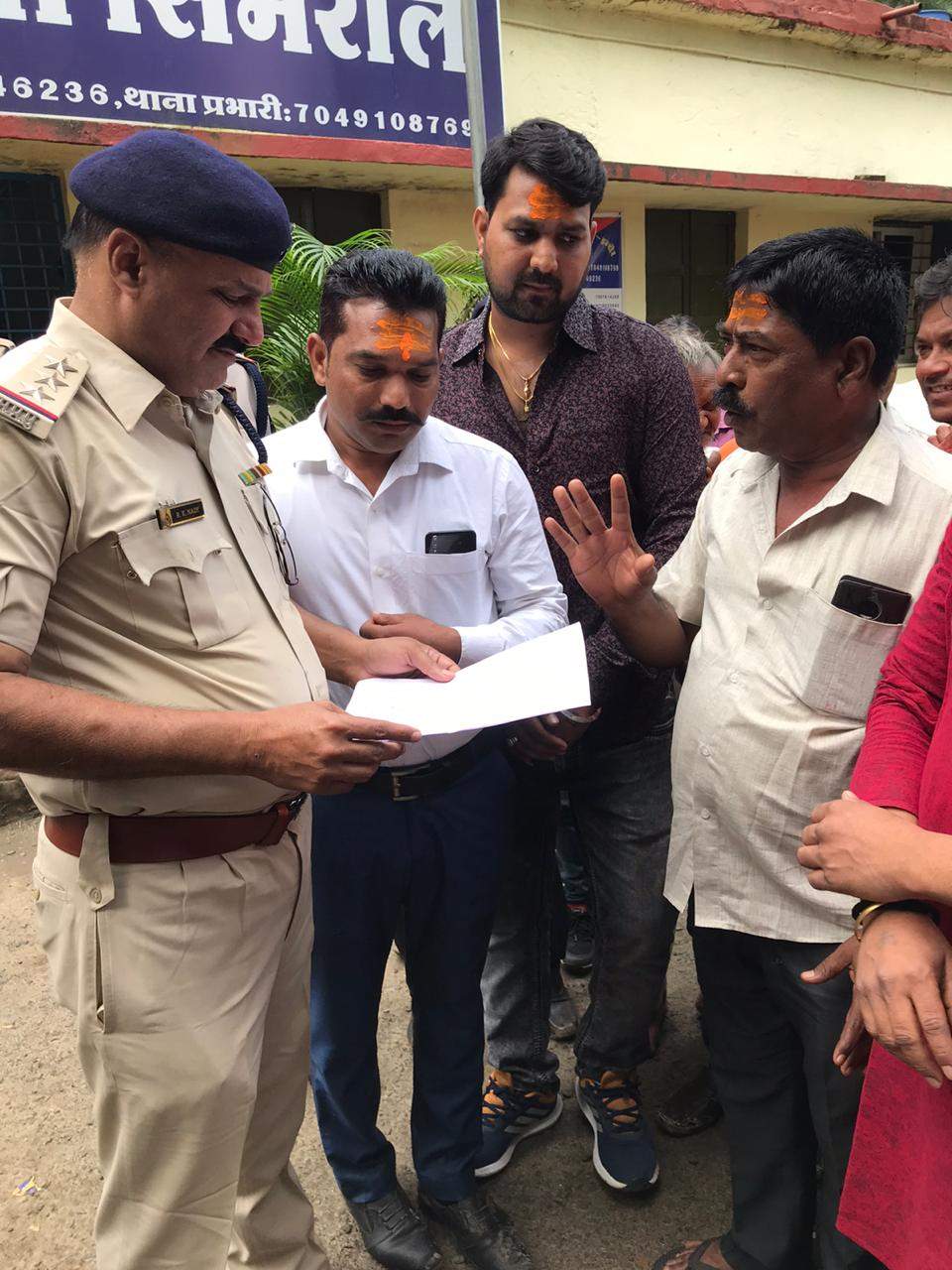 The Bajrang Dal on October 24, staged a protest at the Simrol Police Station in this regard. They rallied to the station and demonstrated there claiming that an old Hanuman temple was located under a peepal tree on the IIT Indore campus. That temple has now been removed. They furnished photographic evidence before the police demanding FIR against the people who removed the temple and hurt the sentiments of Hindus, reported The Free Press Journal. “The temple should be re-established and FIR should be registered against those who got the shrine removed,” Bajrang Dal city general secretary Devendra Anjana demanded. They also claimed that they had previously filed complaints with district administration and CSP as well but no action has been taken against into the matter. TI RK Nain reportedly told them that he would investigate into their complaint within a week and get back to them.

The villagers also claimed, according to students, that the contractors who built the gym that now stands in place of their shrine were Muslims. Whether this had anything to the issue might be irrelevant but it sure can fuel the controversy and take a different path altogether, especially when political forces are involved.

We have reached out to IIT Indore for comment.