MHRD committee meets JNUSU amidst slogans and demonstrations. Will the strike end soon?

As the MHRD-appointed 'high power' committee met the students' representatives of the Jawaharlal Nehru University on Friday, even as slogans and a demonstration by the students continued outside the Administrative Block. The meeting is taking place on the second floor of the building. The Vice-Chancellor and Registrar of the university did not attend the meeting even though the students demanded that the VC should also be there. The ABVP had already boycotted the meeting and rejected the committee. 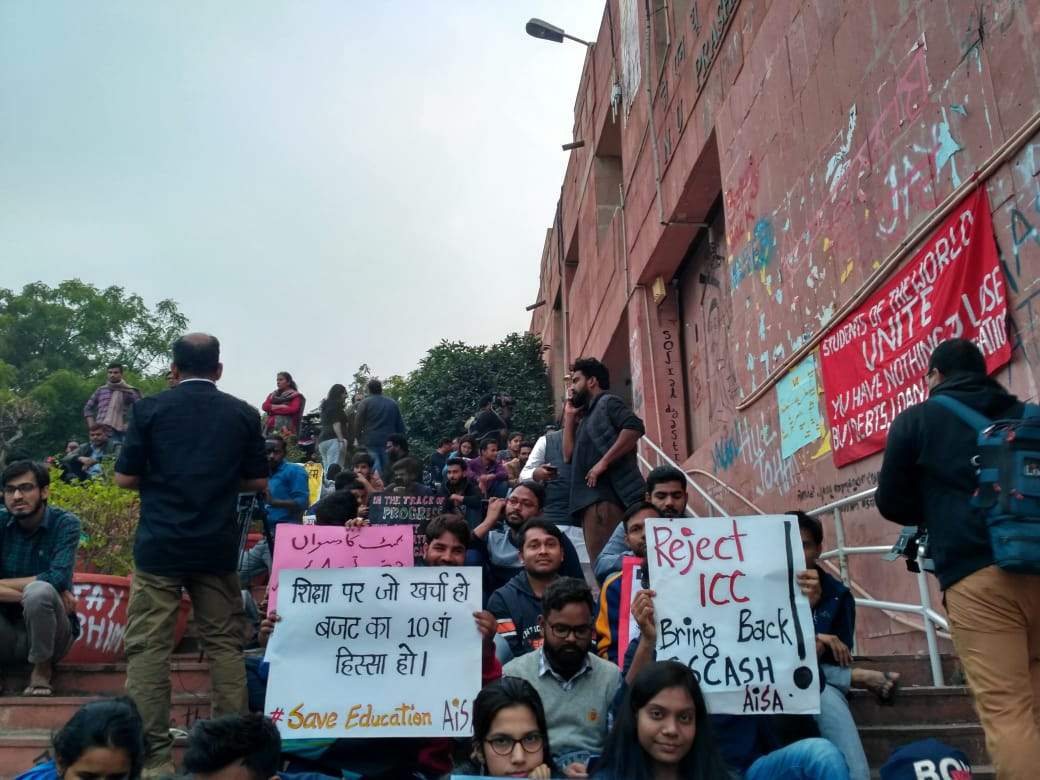 The protestors have been 'blockading' the ad block for the past two weeks and the authorities have not said whether there will be legal action taken against the students protesting there while the meeting is on. "All the office bearers and councillors of the JNUSU received an email from PK Singh, the Under Secretary of MHRD notifying us about the meeting," said JNUSU Vice-President Saket Moon. The JNUSU had called for the formation of a human chain from the North Gate to Freedom Square on campus at 2 pm. The students had last met the committee at Shastri Bhavan on November 20. The teachers' representative met with the committee as well on November 21 and told the committee that they thought the VC is at the root of every problem.

The JNUTA President, Dr DK Lobiyal, said that the teachers discussed the issues at the university with the committee in detail. "We spoke about the issues that are there at present and also discussed how it can be resolved. We have made our point very clearly to the committee — we feel that all the issues can be traced back to one root cause, the VC. He doesn't listen to anybody and if he is there then we can never attain normalcy at JNU no matter what else the committee suggests," said Dr Lobiyal. "The committee promised to come to a decision as soon as possible," he added.