Ending a nine-year wait, the Students Federation of India (SFI), affiliated to the Communist Party of India-Marxist, has swept the elections to the Students Council and won all five posts at the Presidency University, Kolkata on Thursday.

In elections held on Thursday, the SFI candidates bagged all the five central panel posts after a close fight with the extreme left force Independent Consolidation (IC) amid tight security including a large police presence outside the main gate of the campus. The SFI candidates won the posts of president, vice-president, general secretary, assistant general secretary and girls common room representative, as per the results announced on Thursday night.  There was tremendous enthusiasm over the elections, the first in West Bengal over the past two and a half years. The state's Mamata Banerjee government had announced a moratorium on students union elections in 2017 after a series of incidents of campus violence.

In the election for the president's post, the SFI nominee secured 1,085 votes, while the IC challenger could manage 613. Similarly, the SFI won the general secretary slot, with its contestant getting 840 votes to prevail over the IC representative, who secured 574. The SFI also got the vice president post, with its representative receiving 999 votes, as against 640 win by the IC.

An elated SFI state secretary Srijan Bhattacharya described the results as a "rejection" of the Trinamool Chhatra Parishad (TMCP) and the Akhil Bharatiya Vidyarthi Parishad (ABVP). State CPI-M secretary Surjya Kanta Mishra in a tweet congratulated the SFI for the "impressive victory" and said "wish sincerest efforts to consolidate the unity of all Left students organisations shall continue to be the foremost agenda as ever". 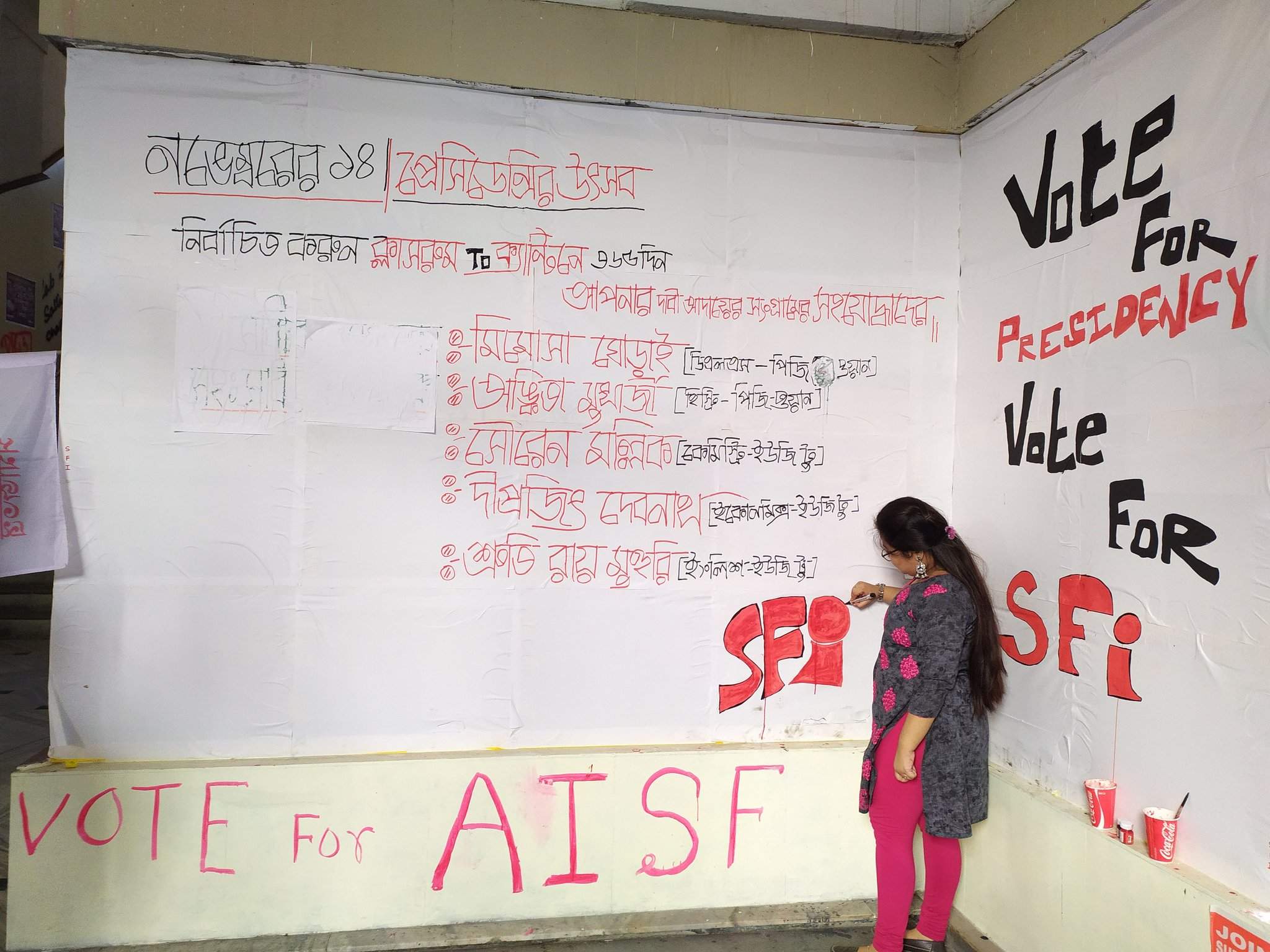 SFI central executive committee also congratulated the students of Presidency for the resounding mandate. "The reactionary forces like ABVP, TMCP and their agents have been defeated with clear margin. The single handed majority in class representatives and huge victory in the central panel posts have shown that the student community is standing tall with the politics of SFI. We want to congratulate all the left progressive forces, as it is because of our continuous collective struggle against the anti student policies of the administration that the faith in left politics is restored," the President  VP Sanu and the General Secretary Mayukh Biswas said in a statement.

Born in 1817 as Hindoo College, one of the first institutes of Western-type higher education in Asia, it was christened Presidency College in 1855, and upgraded to a university in 2010. The 202-year old hallowed institution was in the news recently after its alumnus Abhijit Vinayak Banerjee won the Nobel prize in Economics - the second Presidencian to achieve the honour. Amartya Sen had won the Nobel prize in Economics in 1998.