JNU offers to rollback fee hike to 33%, but students call it eyewash

The students demanded a complete rollback and this decrease, they say, is marginal and does not address their other concerns about dress code and curfews

The Jawaharlal Nehru University's Executive Council has announced a partial rollback (only 33% of the originally proposed hike) of the hostel fee that was hiked in the proposed Draft Hostel Manual. The revised prices have been cut to one third and a financial assistance scheme has also been announced by the Council.

The new proposed rent for single occupancy rooms will be Rs 200 as opposed to Rs 600 proposed in the manual. Double occupancy rent per student will be Rs 100 as opposed to Rs 300. "We do not accept this decision because it is not just about the fees. The manual put the power to increase or decrease fees in the hands of the VC. What if he increases the fees again during vacations?" asked Saket Moon, Vice-President, JNU Students' Union. "This was never a fight just about the fees. The fee hike is a part of the patriarchal system the administration wants to impose on us," he added. 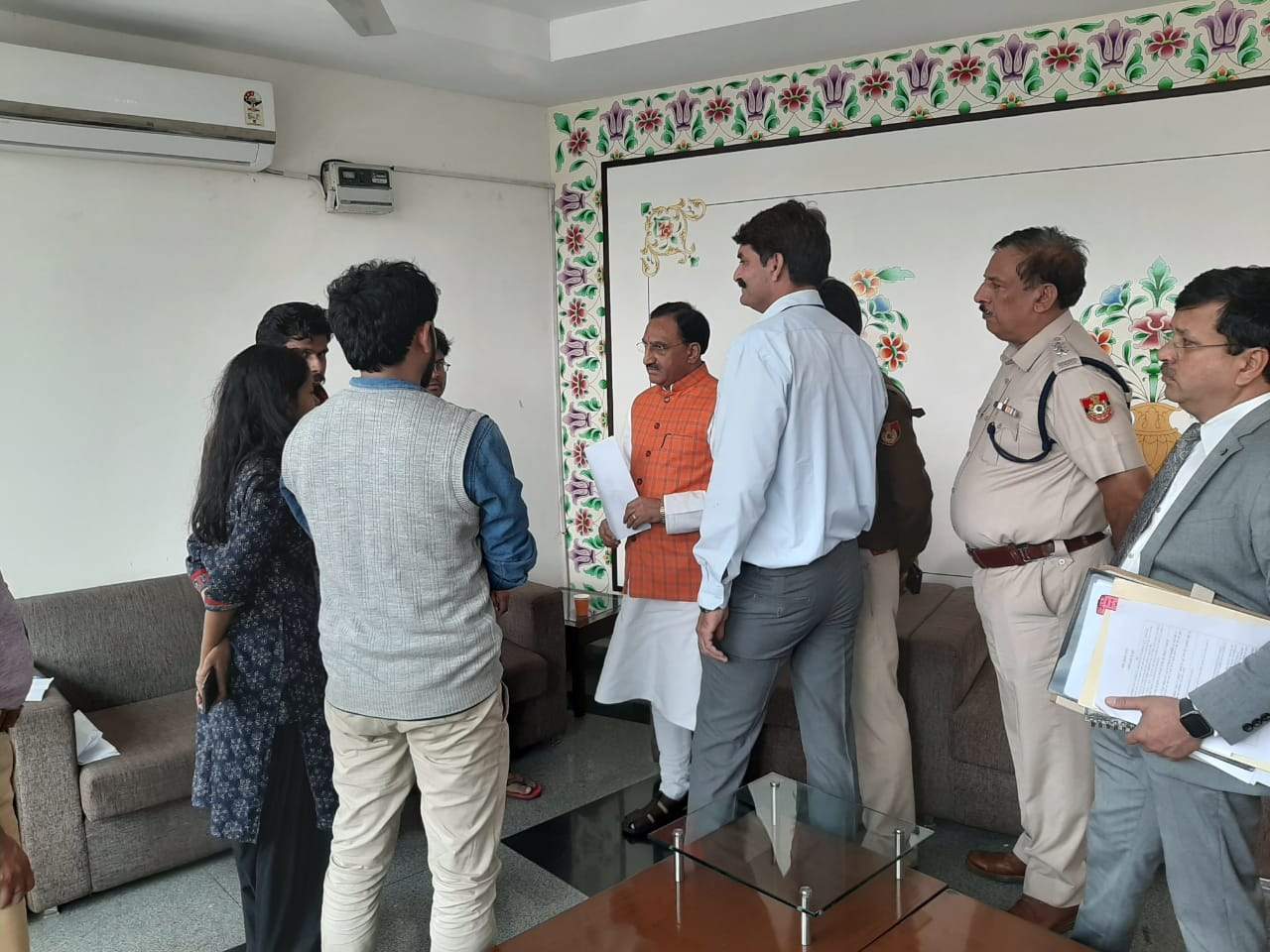 The MHRD Minister speaking to the students on Monday

The students demanded a complete rollback and this decrease, they say, is marginal. "In the manual actual figures are not stated so they can keep increasing the fees by 10 per cent every year. Moreover, EWS category excludes the SC and ST categories and that is the reservation we are demanding," said Apeksha Priyadarshini, a member of Bhagat Singh Ambedkar Students Organisation (BASO) and a JNUSU member. "Apart from this the dress code and the curfew remains. Our demand is that since the IHA meeting was conducted in an arbitrary manner, it should be reconvened and representatives from Union need to be present. We will not move an inch till this manual is completely rolled back and IHA meeting is reconvened," she added.

Education Secretary R Subrahmanyam tweeted as soon as the meeting was over, applauding the decision. "EWS students will receive assistance Executive Committee announces major roll-back in the hostel fee and other stipulations. Also proposes a scheme for economic assistance to the EWS students. Time to get back to classes," he wrote.